Kourtney Kardashian and Travis Barker have literally been attached at the hip since the beginning of the year. But once they let their love for each other be known on a mass scale, it’s been a non-stop parade of PDA-filled couples’ selfies, permanent tattoos, and thirsty comments on Instagram. At this point, it’s kinda understandable if Kourtney and Travis were to start looking alike and magically morph into the same person since they do ev-er-y-thing together, but Kourt is letting us know that is 100 percent not the case. At least not when it comes to her clothing choices.

When an Instagram user commented “and her style begins to change” on Kourtney’s recently shared snap, Kourtney wasn’t too fond of the suggestion about her choice of clothing and chose to set the record straight. “This picture is from 2019, but ok 😘,” she replied. 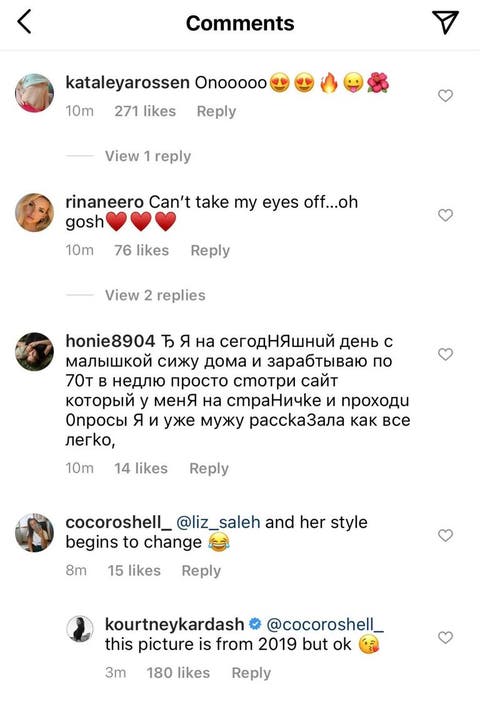 Don’t think this comment means Kourt isn’t obsessed with her boo thang, though! A source told Entertainment Tonight earlier this month that “Kourtney and Travis are in love and have talked about their future and the possibility of getting engaged and married. Kourtney hasn’t felt this strongly about anyone in a while and can see a forever with Travis.”

And the Kardashians are pretty obsessed with Travis, too. “Although the couple hasn’t been together for a while, they’ve known each other for years and have a strong connection,” the source continued. “Kourtney’s family hasn’t seen her this happy in a while and they love Travis. The couple’s kids get along great and that has made things much easier for them.”

(Still waiting for Kourt to casually going on a day stroll wearing one of Travis’s t-shirts, sue me.)

You love all the deets on celeb relationships. So do we! Let’s overanalyze them together.