She treated fans to a glimpse of her Halloween celebrations on Saturday, when she took to Instagram to share images of herself partying with her famous pals.

But Kylie Jenner, 22, opted to keep her 149 million followers entertained before the action kicked off, by posting snaps of herself posing in an open communal shower – while wearing a black leather Christian Cowan dress.

The Keeping Up With The Kardashians star, who teamed the button-down number with a pair of Balenciaga ‘Dance Knife’ pumps, flashed a glimpse of her pert posterior as she posed with her back to the camera. 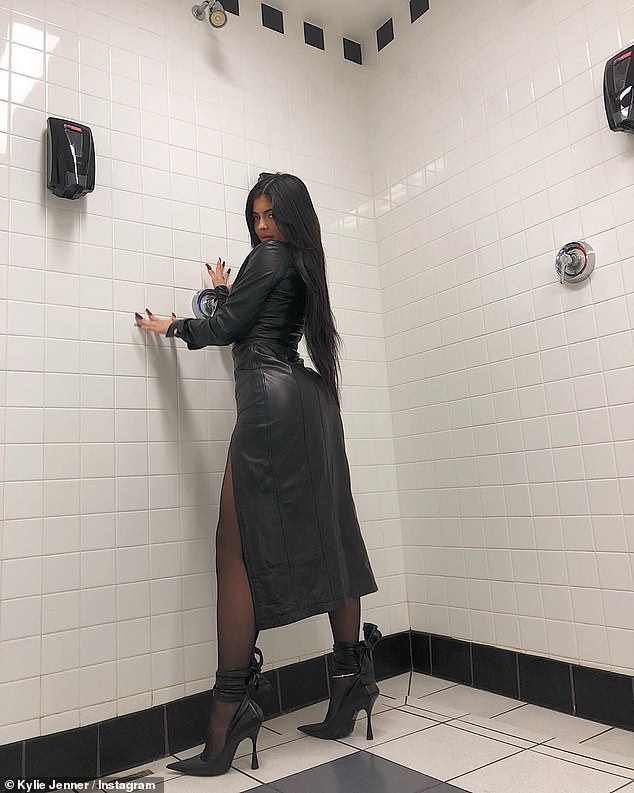 Hell for leather: Kylie Jenner shared shot of herself posing in an open communal shower on Saturday night – while wearing a black leather Christian Cowan dress

She also posed with one of her shapely legs exposed from the thigh-high split in the gown’s skirt as she hammed it up for the camera, later captioning the shots: ‘showering you with loooooooks [sic], followed by a string of emojis.

Wearing her raven locks in a long wavy style with a centre-parting, the mother-of-one highlighted her good looks with a rich palette of impeccably-applied makeup.

As the night progressed, the younger sister of Kim Kardashian uploaded footage of herself partying with her friends Sofia Richie, Will.I.Am, and J Balvin. 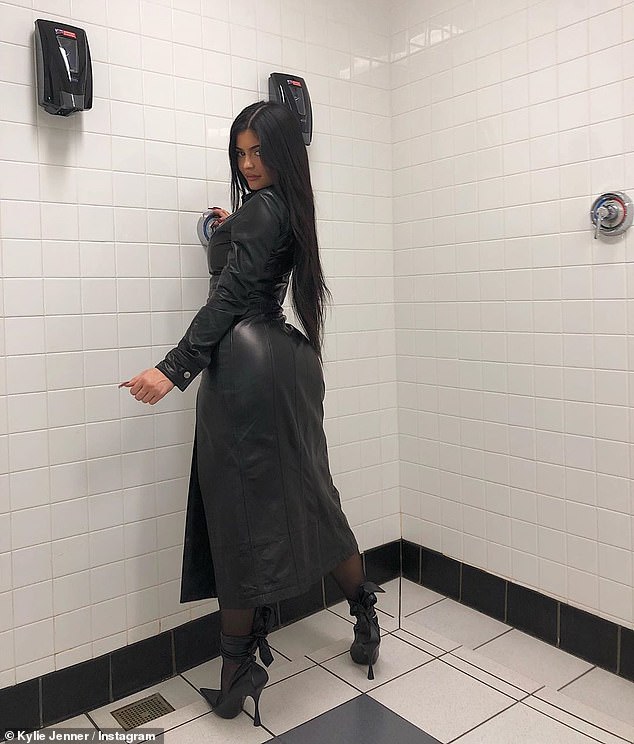 Pose: The star, who teamed the button-down number with a pair of Balenciaga ‘Dance Knife’ pumps, flashed a glimpse of her pert posterior as she posed with her back to the camera

The pals spent time backstage at J Balvin’s show together, where they were seen swigging tequila straight from the bottle before being joined by musician Will.I.Am.

Of course, with the occasion being Halloween, Kylie soon got into the spirit of things just a few short hours later, sharing the result of her efforts on Instagram. 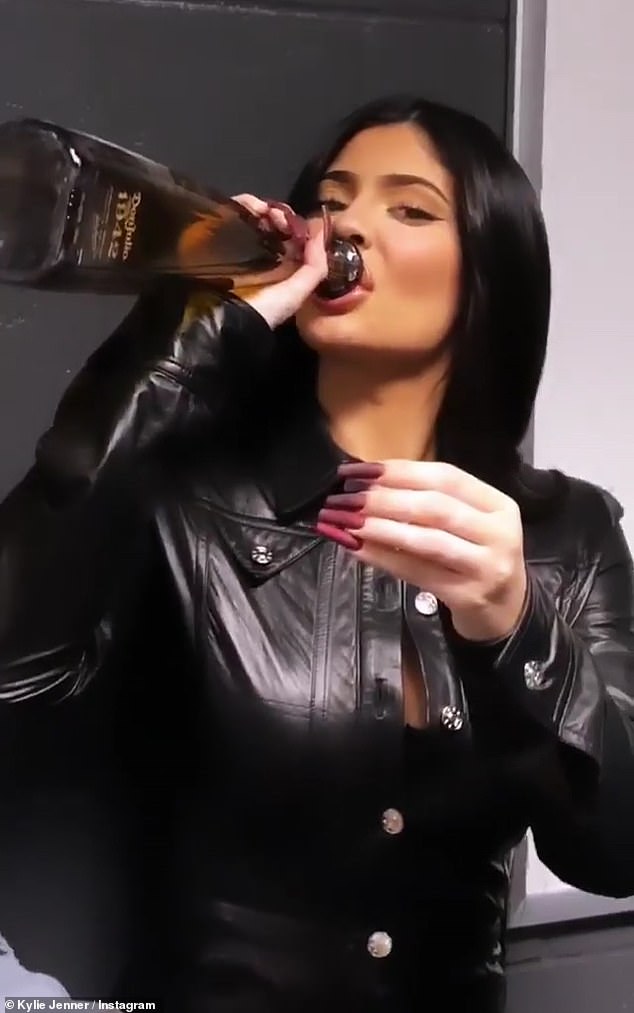 Night: The mother-of-one enjoyed a night on the town that included a trip to J Balvin’s concert 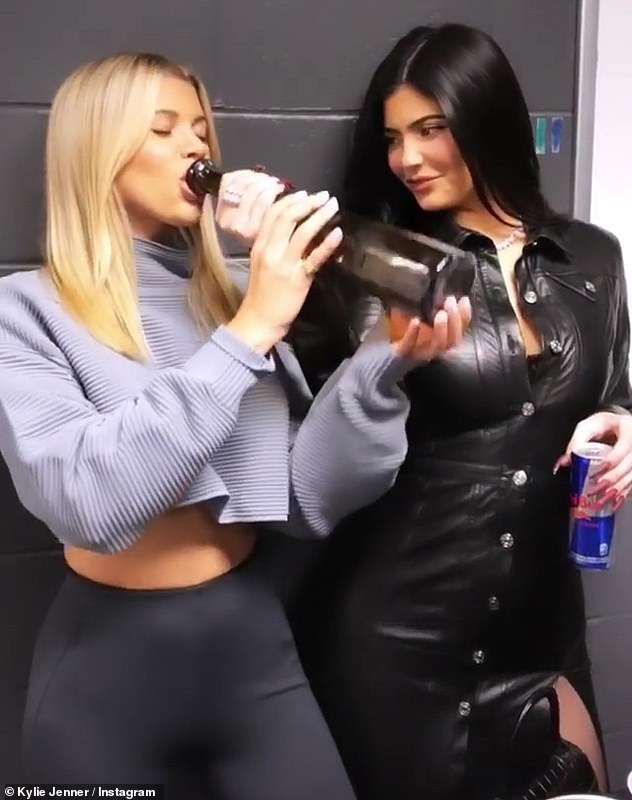 Swig: Kylie and her pal Sofia Richie swigged straight from a bottle of tequila while backstage

She opted to dress up as Madonna from the MTV Video Music Awards in 2003 as she stepped out with her pal Stassie Karanikolaou, who channelled Britney Spears.

In keeping with the pop superstars’ memorable performance during the awards show, billionaire Kylie leaned in to reenact their headline-making kiss with her friend.

Kylie donned an all-black ensemble that included a tight tank top, trousers, and long wrist warmers, while she looked ready for the stage while toting a microphone. 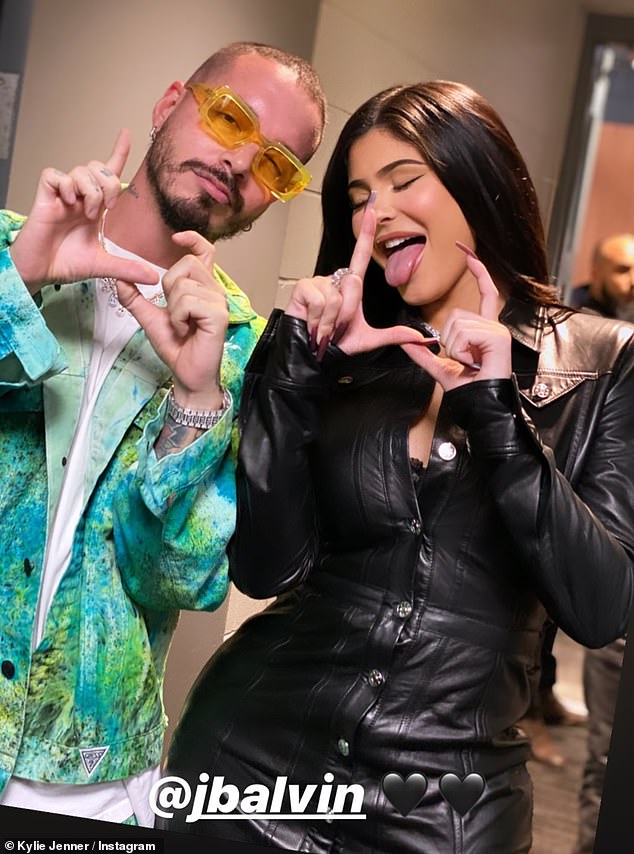 The man of the moment: Kylie and her friend J Balvin posed backstage ahead of his concert 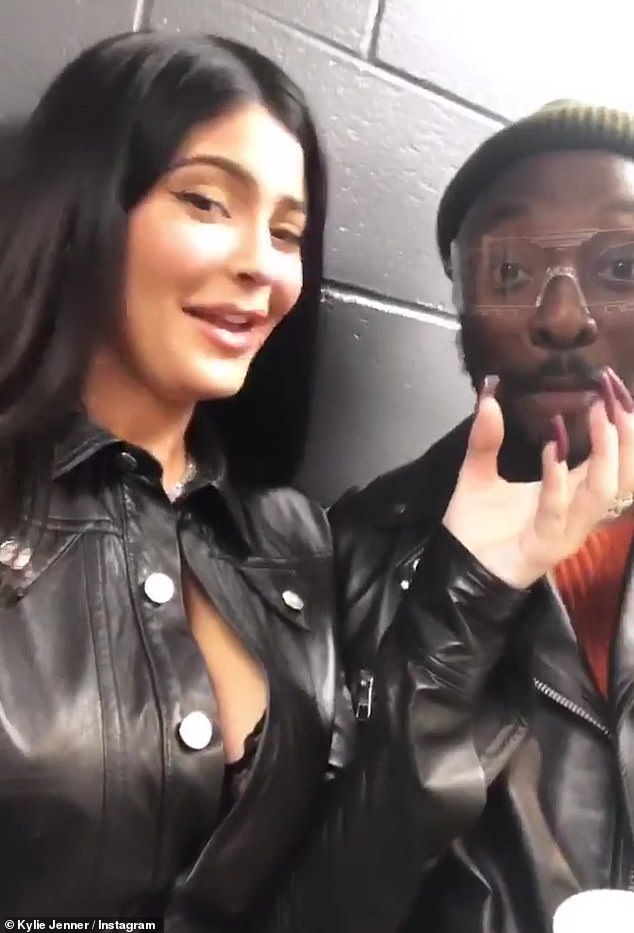 Where is the love: The star also shared footage of herself hanging out backstage with Will.I.Am

To add to the authenticity of the infamous moment, they danced and lip-synched to Madonna’s classic Like A Virgin before Kylie went in for a blink-and-you’ll-miss-it kiss.

Madonna and Britney’s kiss at the 2003 MTV VMAs made huge headlines at the time, overshadowing the smooch the Material Girl also shared with fellow performer Christina Aguilera at the show.

Audiences watching at home missed Madonna and Christina’s lip-lock as MTV cameras panned away to get a reaction shot of Britney’s ex Justin Timberlake. 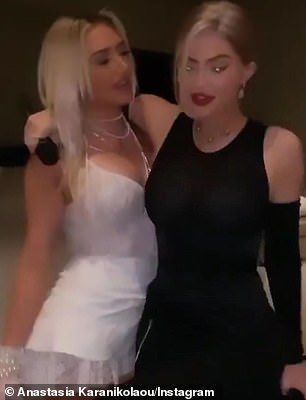 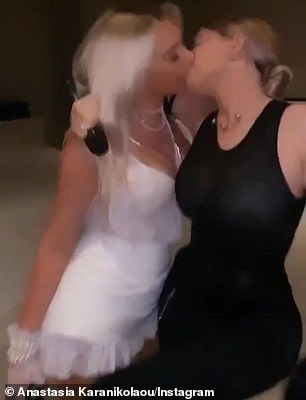 Costume: Kylie dressed up as Madonna from the MTV Video Music Awards in 2003, while her pal Stassie Karanikolaou channelled Britney Spears – complete with a kiss 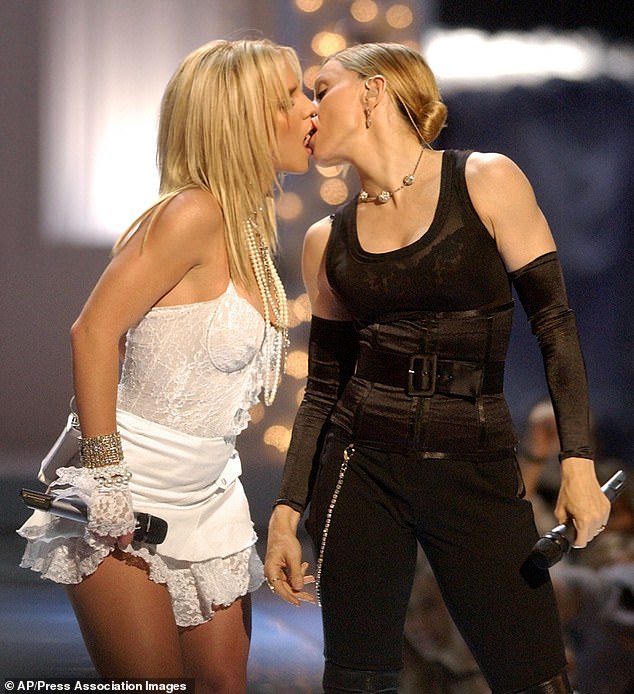 Smooch: Madonna and Britney’s kiss at the 2003 MTV VMAs made huge headlines at the time