Laila Rouass, 50, leaves nothing to the imagination in selfie amid Ronnie OSullivan split 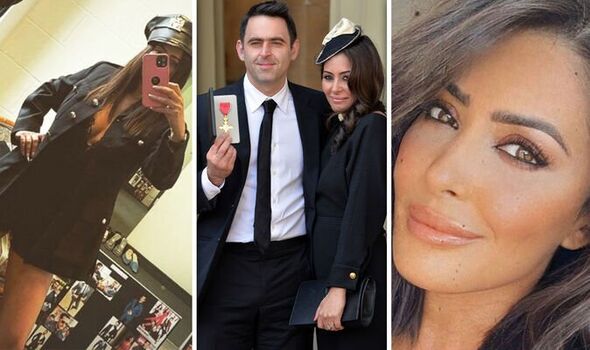 Stunning Laila Rouass showed few signs of her age at 50 as she channeled a police provocateur.

“Oh, just another fitting,” she captioned the photo teasingly, as she showcased the cleavage-baring black mini dress and military-style blazer.

It comes after the former Footballers Wives’ actress called it quits on her relationship with Ronnie O’Sullivan.

Though the pair originally got engaged in 2013, Laila had explained she was in no hurry to tie the knot, and their romance ended before they were able to make it official.

The British beauty, who has Moroccan and Indian parentage, is a dead ringer for Nicole Scherzinger or even Kim Kardashian in some of her Instagram snaps.

The Strictly Come Dancing star has remained tight-lipped about whether she has dipped a toe back into the dating pool since her split from the snooker player, but she seems to be loving life.

She currently advertises self-compassion and meditation workshops via her social media accounts, urging followers to practise the art of “manifesting” to get what their hearts desire.

Laila Rouass recently called time on an almost decade-long engagement with Ronnie O’Sullivan, but the couple are pictured here in happier times

Laila Rouass in a more toned down guise

Although sexy Laila Rouass might be better known for her provocative pouts in selfies, her looks also had a more serious side, as this Holby City snap proves

Laila Rouass was proud of her time in Primeval

Laila Rouass shared this throwback snap of herself from her Footballers; Wives era, donning a wide open coat and displaying a glimpse of her underwear