While the 93rd Academy Awards will be held at Union Station in Downtown Los Angeles for the first time ever, the homeless population that usually inhabit the area were reportedly told to move ahead of the award show.

According to FOX 11 Los Angeles, homeless groups were ordered to vacate the area about a week before the star-studded event.

“They came to us about a week ago saying that we had to move by Friday 6 p.m. because they were trying to clean up for the Oscars,” a man named DJ told FOX 11. “They told us if we didn’t move, they were gonna just demolish our stuff.”

THE OSCARS WILL NOT REQUIRE ATTENDEES TO WEAR FACE MASKS DURING TELECAST: REPORT

DJ, who frequents the area with his tent, added that many were “forced” to go to the Grand Hotel between West 3rd and North Figueroa Street – which is approximately 1.5 miles away on foot. 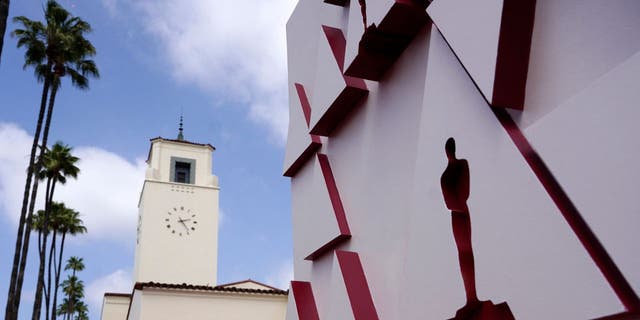 Union Station is one of two locations for Sunday’s 93rd Academy Awards, which will take place on April 25, 2021 in Los Angeles. (Chris Pizzello/POOL/AFP via Getty Images)

However, a media representative for the Academy Awards told Fox News that organizers for the Oscars have worked with several community, county and city nonprofits to limit disruption for Union Station’s homeless population, including the Los Angeles Homeless Services Authority and People Assisting the Homeless.

Groups working on the show have reportedly approached unhoused individuals with offers of permanent or temporary relocation. However, it is said that relocation has ultimately been optional and not forced. Other services that have been offered include meals, COVID-19 vaccines and more.

OSCARS 2021: A BREAKDOWN OF THE NOMINATED MOVIES

The Academy’s representative had no comment when reached by Fox News regarding firsthand accounts of homeless people in the area. 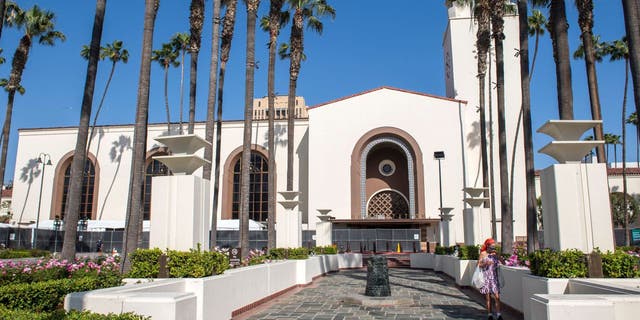 Union Station is a bustling 52-acre transportation hub that serves 100,000 commuters daily, according to the station’s website. (Valerie Macon/AFP via Getty Images)

“NO unhoused residents are being forced to relocate,” De León’s statement reads. “Since being sworn in, my office has been painstakingly working to house those experiencing homelessness throughout my district and we were able to offer housing options to unhoused residents in the vicinity of Union Station.”

The Oscars will air live on Sunday, April 25 at 5 p.m. PST. Aside from Union Station, a part of the award show will take place at the Dolby Theatre in Hollywood – which has hosted the event for 19 consecutive years.

Union Station will serve as the central venue this year and the trains will still be operational, according to the Los Angeles Times. Coronavirus-related health and safety protocols will be followed as well, including face masks and social distancing. 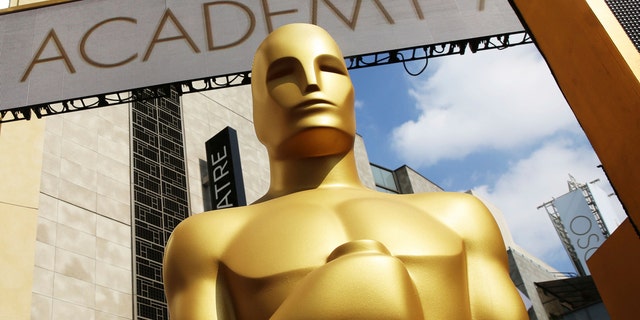 Hollywood stars will gather for the 93rd annual Academy Awards at Union Station and the Dolby Theatre in Los Angeles. (Matt Sayles/Invision/AP)