Good Morning Britain weather star Laura Tobin took to Twitter and shared a series of clips of the studio intruder in view of her 191,000 followers. The meteorologist revealed the mouse “hid behind her” on the weather stage before her broadcast.

The 38-year-old posted four videos of the mouse running around the studio as it appeared to hide in various corners.

Laura penned: “There is a tiny mouse in the @GMB studio. It’s really cute.”

The weather star then shared another “mouse update” as she revealed the animal was now eating.

“Mouse update. It’s back and chilling/eating,” she wrote, before adding: “Then off again hiding behind me ‘weather stage’ @GMB.”(sic) 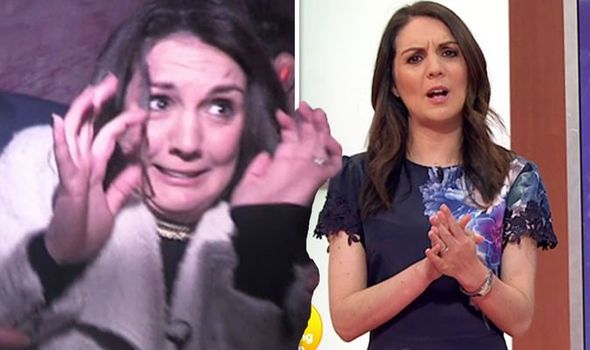 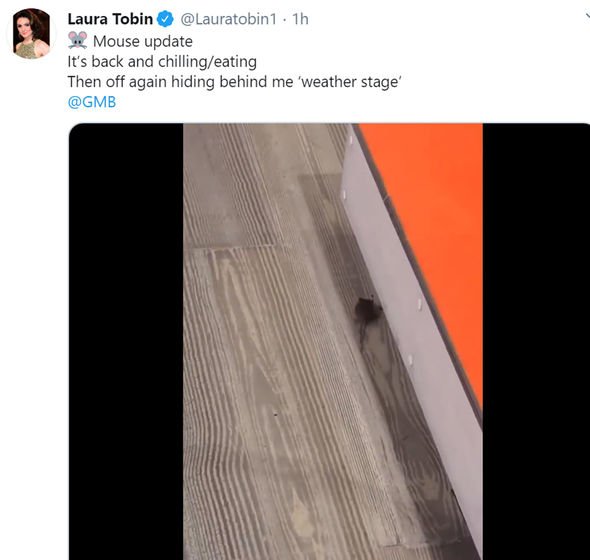 Fans flocked to comment on the post, as they revealed their shock at the GMB studio discovery.

One person commented: “Eeeekkkk!!!!! I’d be curled up in the foetal position hyperventilating in a corner in a full blown sweat shaking like crazy. I’m so petrified of mice.”(sic)

“I expect it’s scared with everyone screeching and screaming,” another social media user remarked.

While a third person joked: “Please tell me Piers [Morgan] is squealing and standing on his chair.”

Laura provided a further update on its whereabouts as she revealed it was off to the This Morning studio.

“The tiny @GMB mouse is now off to @thismorning,” she wrote.

The clip showed her little pal running towards the exit before the mouse made another return.

Laura said: “Update… The mouse is back! It didn’t like @thismorning. He likes @ranvir01’s news desk & my weather desk! 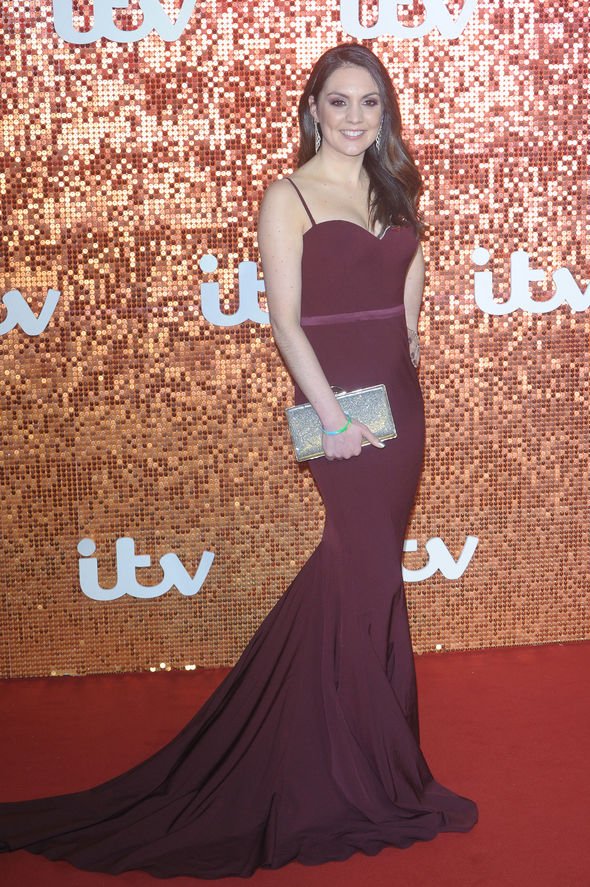 Social media users inundated the weather star with replies, as they shared their own candid mouse tales.

One person said: “Really cute. I had one that lived under my desk in the office. Called him Bubbles.”

“Of course he has a family… You and Ranvir,” another person quipped.

While a third person added: “Just please don’t let anyone or anything hurt it. I absolutely love animals and it would break my heart to see or hear that it got hurt somehow.”

Laura is a regular face and broadcast meteorologist on Good Morning Britain.

She previously worked for the BBC before moving to the ITV breakfast programme Daybreak in 2012. Elton John plays the piano as sons dance around in crocodile costumes
We and our partners use cookies on this site to improve our service, perform analytics, personalize advertising, measure advertising performance, and remember website preferences.Ok