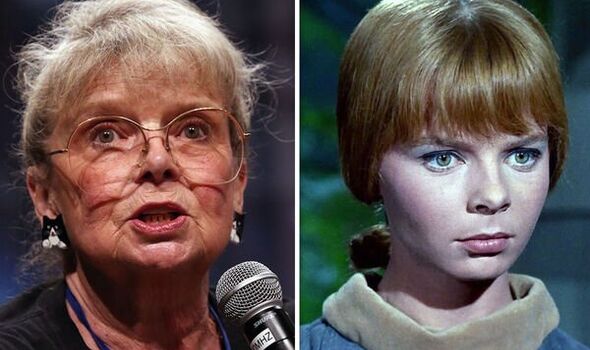 Laurel Goodwin, an actress best known for her role as Elvis Presley’s love interest in the 1962 film Girls! Girls! Girls! has died at the age of 79. Her family confirmed the news in an obituary.

They wrote that the star died on February 25 in California, United States.

“Born August 11, 1942 in Wichita, Kansas, the family moved to San Diego during WW2, and later to San Francisco where Laurel grew up with her older brother, Gary, and younger sister, Maureen,” read the obituary.

“She graduated from Lowell High School, Class of ’60 and went on to SF State where she studied drama.

“At 19, Laurel signed a contract with Paramount Pictures, and began a career in movies, TV, and live theatre.

“Her first film was “Girl’s, Girl’s, Girl’s” with Elvis Presley, followed by “Papa’s Delicate Condition” with Jackie Gleason along with many more.

“She also had many roles in TV. She was the last surviving member of the original pilot for Star Trek, The Cage, in which she played Yeoman Colt with Jeffery Hunter as Captain Pike.”

The article went on to explain that Laurel produced the film Stroker Ace, starring Burt Reynolds and Loni Anderson, with her husband, Walter Wood.

She is survived by sister Maureen Scott and “a multitude of friends and relatives around the world”.

The obituary concluded: “If she knew you, you quickly became family.”

Laurel was cast as Yeoman J.M. Colt in the 1965 pilot episode of Star Trek: The Original Series, called The Cage.

But the episode was rejected by NBC and was replaced by Where No Man Has Gone Before the next year, starring William Shatner.

In 1971, Laurel retired from acting and decided to become a nurse.

But she returned to the industry to work behind the scenes with her husband, Walter, who died in 2010.

One of her most famous scenes saw Laurel dance with Elvis to the song The Walls Have Ears in her first ever film.

She also starred in Get Smart, The Beverly Hillbillies and Mannix.

In 2014, Laurel told StarTrek.com she had been living in Palm Springs for 20 years.

“After I retired from acting (in 1971), I went back to school and picked up, not a complete nursing degree, but a nursing degree. I was credentialed and all that, and went into home health care,” she said.

“We’re talking taking care of seniors who were pretty badly handicapped and really needed someone who knew what they were doing.

“I did that for many years, and then about seven years ago, my husband became very ill.

“So I nursed him through a very long and slow, painful decline. I don’t recommend it for anybody. But we had a wonderful 43-year relationship, and so I would do it again.”