LeBron James had an adorable workout session in the gym with his daughter, Zhuri, as the Los Angeles Lakers star continues to heal from a high ankle sprain.

LeBron James‘ “workout partner” may not be old enough to spot him, but she sure is adorable! The 36-years-old Los Angeles Lakers star hit the gym with his six-year-old daughter, Zhuri, where they snapped a precious photo together. While posing in front of the gym’s mirror, both father and daughter flexed their arms and showed off their muscles for the camera.

Zhuri rocked a purple tie-dye tank top and leggings set that matched the lavender yoga ball she posed on, while her dad showed off his six-pack in red and grey gym shorts. King James was also sporting a leg cast, after suffering a high ankle sprain during the second quarter of the Lakers’ game against the Atlanka Hawks inside the Staples Center on March 20, per CBS Sports.

LeBron could now miss up to “several weeks” of play time, according to CBS Sports, which cited The Athletic. Unfortunately, LeBron’s injury happened just two days into the NCAA Division I Men’s Basketball Tournament (AKA, March Madness).

LeBron voiced his frustration on Twitter right after the injury happened, writing, “Nothing angers and saddens me more than not being available to and for my teammates! I’m hurt inside and out right now...The road back from recovery begins now. Back soon like I never left. #ThekidfromAKRON.”

At least LeBron has his daughter, Zhuri, by his side as he heals! Zhuri is always putting a smile on LeBron’s face, like the time she did a freestyle dance with her dance instructor to Cardi B‘s hit song “Up.” LeBron was amused by his mini-me’s moves which he posted to Instagram on March 14; he wrote, “Yeah it’s officially over for me guys!! I feel bad for whomever my Baby Z decides to bring home first!” 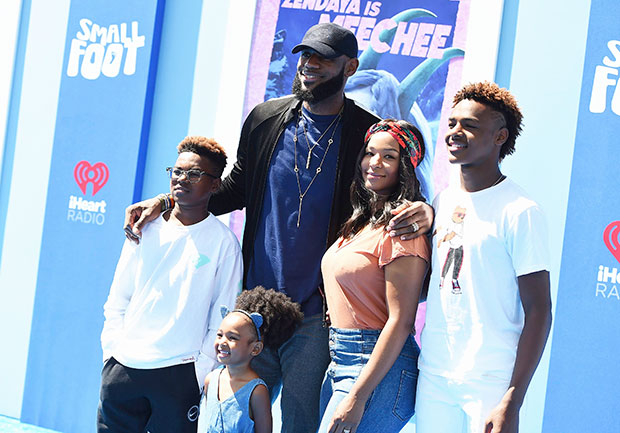