Going strong! Gabriella Brooks has been welcomed into Liam Hemsworth’s family with open arms, and even appeared in a group pic with the whole clan on Nov. 7.

Gabriella Brooks was by Liam Hemsworth’s side at his brother, Luke Hemsworth’s, 40th birthday bash over the weekend. Chris Hemsworth posted a family photo of the three brothers and their parents, along with his wife, Elsa Pataky, Luke’s wife, Samantha Hemsworth, and Gabriella. Liam had his arm wrapped around Gabriella’s neck in the pic, as she leaned into him and struck a pose.

Clearly, Gabriella seems to fit right in with the Hemsworth crew! This appears to have been the case since the very beginning of the model’s relationship with Liam. After all, when the two were first spotted out together in Dec. 2019, they were joined by the actor’s mom and dad. Now, they’ve been together for about a year, and are definitely going strong.

Liam started dating Gabriella, who’s from his native, Australia, after his split from Miley Cyrus during summer 2019. The two were married for eight months when news broke that they were getting a divorce. Meanwhile, Gabriella ended her four-year relationship with Matty Healy around the same time. 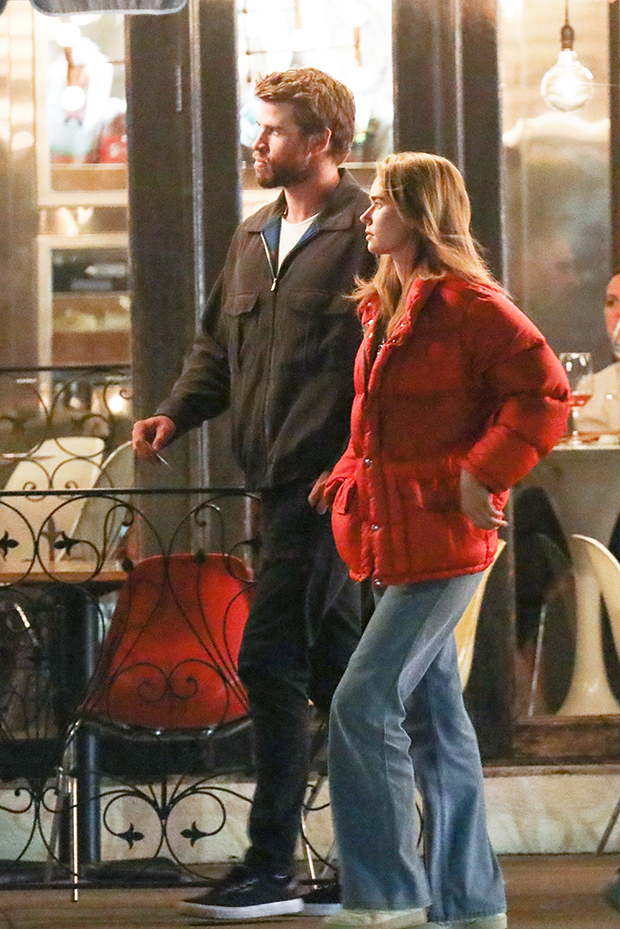 In May, Liam and Gabriella sparked split rumors after they unfollowed each other on Instagram. However, those were squashed just weeks later when they were photographed out and about together in Australia, where they spent their coronavirus quarantine. “She’s very easygoing and loves the relaxed beach life, just like Liam,” a source told HollywoodLife EXCLUSIVELY. “Everyone in his family really likes her. She fits right in with them all.”

Earlier this year, another insider also told us that Liam sees “serious potential” with the model, especially after seeing how well she gets along with his family and friends. “He’s very much open to seeing where things go with her on a long term basis,” the insider revealed. “It all happened so naturally.”