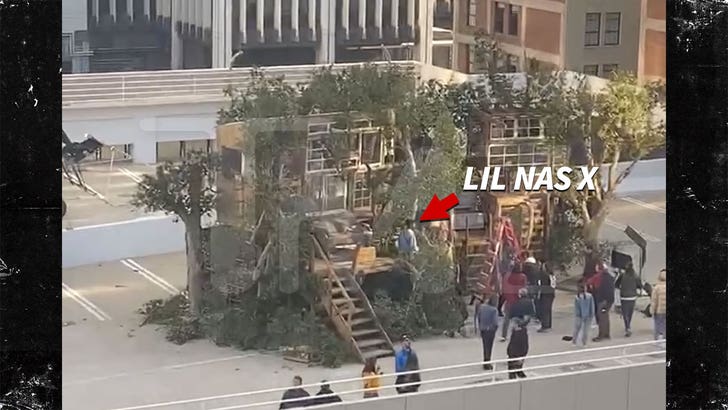 Lil Nas X got his week started with what looks to be a brand new music video — and like he has in the past … it seems he’s about to wow us with a crazy production.

The rapper was filming Monday atop a parking structure in Downtown L.A., where a set had been built resembling an intricate tree house of sorts. It ain’t your usual kid-built MacGyver job either … the “houses” almost look like apartments.

Check it out … you see people coming in and out of the entrances, including LNX who had an interesting outfit on — blue coat, brown pants, and polka-dotted shirt underneath. Feels like this thing could get pretty wacky. 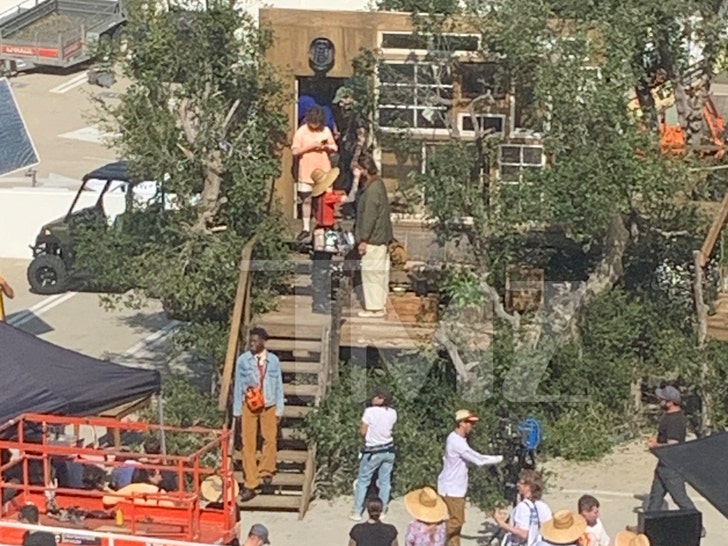 Remember, Lil Nas is known for his over-the-top music vids — which are top-notch and pull out all the stops on visual effects, props, set design, costumes … and of course, animals.

His most successful song and video to date is “Old Town Road,” which has racked up over 440 million views on YouTube. His other videos haven’t really come close to that, but they’re just as highly produced and elaborate. Based on what we see here, he’s keeping that going.

The big question, of course, is what song this could possibly be for. He already did videos for his 3 big singles off his debut EP, “7,” and has recently teased “new bangers” in 2020.

Hmmm … the anticipation is killing us. We see you though, Nas X ?