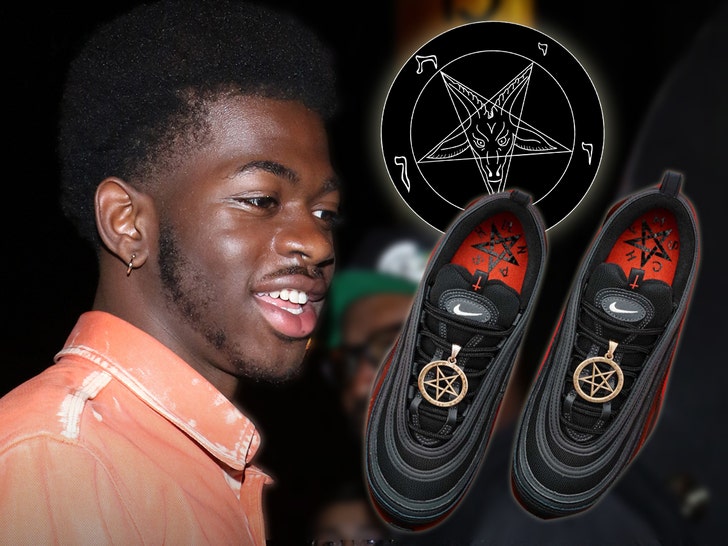 The Nike lawsuit might have caught Lil Nas X by surprise, but he had to see this coming — the Church of Satan is throwing its support behind his new limited edition “Satan Shoes.”

David Harris, magister for the Church of Satan, tells TMZ … the shoes, which feature an inverted cross, bronze pentagram and a drop of human blood, are getting a ton of love from the Church because they embrace the essence of Satanism. 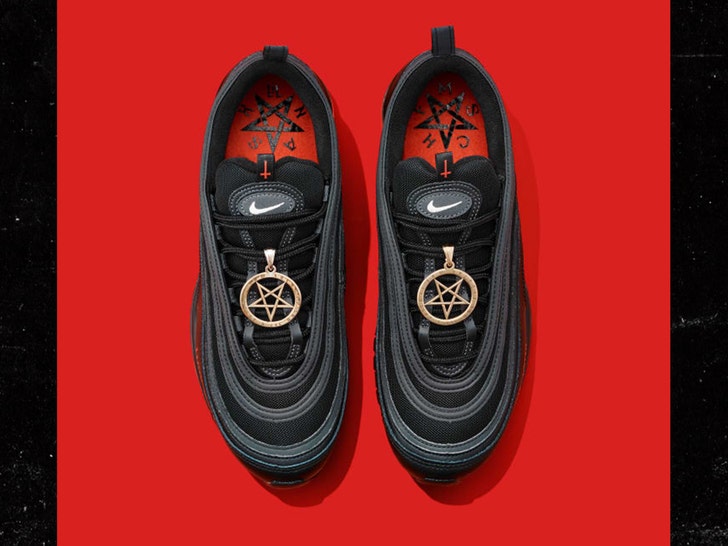 For the uninitiated … Satanists do not actually worship Satan, nor do they believe in God or the Devil. They are opposed to all spirituality and anything supernatural, and with no belief in the afterlife, Satanists emphasize being your true self, living life to the fullest and personal achievement … values it says LNX is following with his new kicks.

Harris, who’s pretty high up in the Church of Satan (kinda like a cardinal), says Satanists are digging the way Lil Nas X is turning against religion to market his customized Nike Air Max 97 shoes.

The shoe’s Monday release came on the heels of Lil Nas X’s polarizing “MONTERO” music vid featuring the Prince of Darkness — a brilliant marketing plan, apparently, because all 666 pairs sold out within minutes, with folks shelling out $1,018 a pop for the limited-edition kicks. BTW, that price tag is an ode to the bible scripture emblazoned on the side, Luke 10:18, which references Satan’s banishment from heaven.

Between the shoes and the “breathtaking” music vid, Harris says LNX is clearly extending a middle finger to folks who told him he’d burn in hell for his sexuality. However, the Church of Satan applauds Lil Nas X for living life on his own terms and being his honest self … which will, no doubt, infuriate his critics even more.

As we reported, it’s not just Nas’ religious fans who are pissed … Nike is suing the company he teamed with to make the Satan Shoes.