‘Little House on the Prairie’: A ‘Hunk of Raw Meat’ Was Hung from a Tree Every Day, Says Karen Grassle

Little House on the Prairie star Karen Grassle appeared in the series from 1974 to 1982. She shares some of the moments that shaped her life and career. Here’s what she said about the “hunk of raw meat” that hung from a tree every day on the set of the show.

Karen Grassle as Caroline Ingalls on ‘Little House on the Prairie’

Grassle played Caroline Ingalls on Little House on the Prairie for eight seasons. She briefly returned for a special titled Little House: The Last Farewell. In her book Bright Lights, Prairie Dust, Grassle says she used her time on the set to develop a relationship with her co-stars Melissa Gilbert, Melissa Sue Anderson, and the twins who played Carrie (Lindsay and Sidney Greenbush).

During scenes when she and her TV daughters had to walk down the dirt road, she would talk to them and share stories about her childhood. These scenes didn’t require them to speak, so they weren’t wearing microphones, and they could talk freely. Grassle says the bond she formed with them lasted many years.

Why a hunk of red meat was hung on a tree, according to Karen Grassle 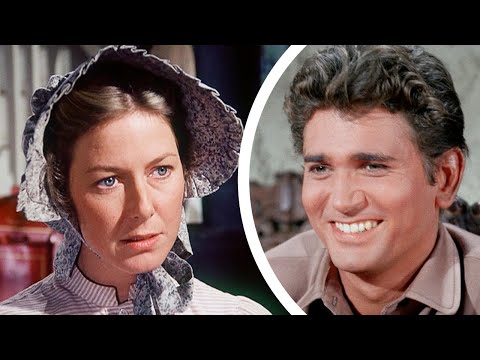 Since it would often get warm on the set, the caterers decided to move the lunch tables outside under the trees. This would allow the cast and crew to sit in the shade and get relief from the heat. Everyone felt cooler, but the new location lured some uninvited guests—bees.

Grassle says as soon as everyone sat down with their plates of food, the bees came out to see what was happening. She says she used to be afraid of bees as a child, but she learned to adapt to their presence. She was determined to eat her meal and get her strength up for the next scene. “If I didn’t eat heartily, I knew in a couple of hours I’d be starving,” writes Grassle.

Grassle says the caterers figured out how to keep the bees away. They discovered that if they hung a piece of raw meat on a branch, the bees would be attracted to the meat and stay in that spot. “We forever had a flag of liver or steak flying high over our picnic,” says Grassle.

In her book, Grassle says she considered one special person to be the “secret weapon” behind Little House on the Prairie. She says that person was the late production manager Kent McCray.

According to Grassle, McCray managed the scheduling, equipment, and budget for the show. He had a lot of responsibility but seemed to balance everything with ease and grace. Grassle says the show “worked beautifully” under McCray’s leadership.

Grassle turned to McCray for support when she first started working on Little House. Says Grassle, “I counted on him, depended on him, and knew if I had an issue with anything, I could take it to Kent.”

RELATED: ‘Little House on the Prairie’: How Old Were the Cast Members When They Died?