‘Little House on the Prairie’: Michael Landon Recommended a Doctor Karen Grassle Thinks Gave Her Shots Laced With Meth, According to Book

Karen Grassle, former star of Little House on the Prairie, gives fans a look at her life before, during, and after the hit NBC series. Here’s what Grassle said about her unusual experience after taking medication prescribed by a doctor Michael Landon reportedly recommended.

Grassle says she worked long days on the set of Little House on the Prairie. She often had to be on the set early in the morning, and she would be up the night before going over her lines. Grassle liked to be prepared for the next day. However, the long hours were beginning to wear on her.

In her book, Bright Lights, Prairie Dust, Grassle says work was especially hard in the summer when they worked outdoors in the heat. She told executive producer Kent McCray about how tired she was from her long commute and the challenging workdays, so he arranged for a car to pick her up when they filmed on location. 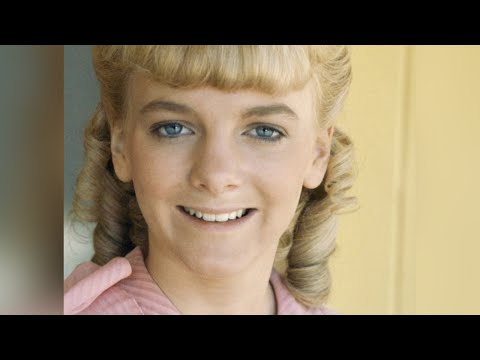 Grassle says she told Landon about her fatigue. According to her, he recommended a doctor who helped him. Grassle decided to see the doctor, who gave her shots that she thinks might have contained meth (she referred to it as “speed,” which is also known as methamphetamine). She says she felt “a rush right through my veins, into my sex organs.”

Grassle says the shots were “supposedly vitamins” but she wasn’t sure. She also says the doctor gave her pills that were supposed to be for her pituitary. She says she didn’t ask questions and took the pills.

‘Little House on the Prairie’ Season 1 went well, but Karen Grassle was tired by season 2

The pills Grassle received from Landon’s doctor seemed to be effective at first. She says she had energy at first, but after a while, her nerves were “shredded.” In her book, she says she jumped out of a car after the seatbelt buzzer startled her and sent her “shrieking.” She also says there was another time when she was feeling the opposite. She began to feel depressed and preferred to stay in her room.

Grassle says her mother was “shocked” that she was taking medication without knowing what it was. She and her mother threw the pills away. Grassle says she began to feel better after she stopped taking the medication.

Grassle says she had a lot of energy during Little House on the Prairie Season 1. She describes herself as being “tuned up and ready to go” during the long workdays. However, by season 2, she felt her energy wane. She says she couldn’t keep up the same pace for another season. She found that working at that pace was becoming “exhausting.” One way Grassle tried to relax was by reading books between scenes.

Grassle knew Little House on the Prairie would run for a few years, and she was concerned about how she would gather enough energy to keep going. She says she was “distressed” and “irritable. Consequently, her fatigue at work became a strain on her personal life, causing what she describes as “damage.”