Harry Styles is receiving a ton of celebrity support after critics called his ‘Vogue’ cover ‘not manly’, and Logan Paul is the latest star to speak out in his defense.

Logan Paul discussed Harry Styles’ Vogue cover, for which the singer donned a dress, during this week’s episode of his Impaulsive podcast. When one of Logan’s co-hosts agreed with Candace Owens’ evaluation that the cover was “not manly,” Logan rushed to Harry’s defense. Things even got a bit heated between the co-hosts as Logan firmly stuck to his opinion.

“It ain’t manly, bro,” one of Logan’s co-hosts insisted. The YouTuber replied, “Bro, why? What is manly to you? What does it mean? Is manly being comfortable in your own skin and being comfortable with who you are, regardless of what you’re wearing?” His pals called him out for “getting angry at [their] opinion” without wanting to have a conversation about it, and Logan continued to clap back.

“I’m listening to you tell me you don’t want to judge people…and then watching you judge people!” he said. “I’m not getting angry, but I’m calling you out for your flaw.” He also told his co-hosts that their “lack of logic” would lose them this argument. “[You’re saying[, ‘People shouldn’t judge people,’ but then, ‘He’s not a man because he’s wearing a dress,’” Logan pointed out. 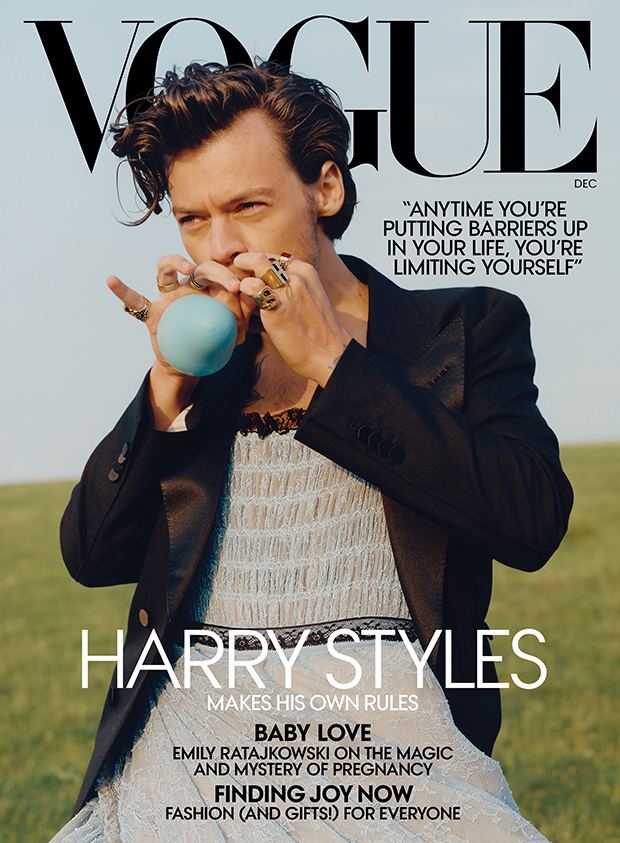 The guys continued to debate back and forth, but Logan did not back down, and Harry’s fans were thrilled to see him standing up for the singer. The conversation over Harry’s Vogue cover went viral this week after conservative pundit, Candace Owens, shared her opinion about the images. “Bring back manly men,” she tweeted, in response to Harry’s Vogue photos.

Tons of fans, and even celebrities, including Olivia Wilde, quickly jumped to the 26-year-old’s defense. Meanwhile, Harry, who has ignored gender stereotyping when it comes to his sense of style, has not yet commented on the backlash over his Vogue pictures. In the magazine article, though, he did admit that he’s not afraid to wear “flamboyant” outfits, and said that choosing clothes is an “extended part of creating something” for him.