I’d expect nothing less from the woman who managed to capture the heart of Michael B. Jordan, but I have to say Lori Harvey’s dating history is majorly iconic. ICYMI: Lori and Michael sparked rumors that something was going on between them back in November of 2020 when TMZ shared pictures of them arriving at Atlanta Airport together ahead of Thanksgiving. "This is the first time the celebs have been linked together one-on-one like this — there were reports they crossed paths at Nobu earlier this year while in a large group of friends," TMZ wrote at the time. "Lori was still with Future back then, but he’s been out of the picture since August."

The rumors continued to grow as they were spotted out with each other again, this time getting off a plane in Salt Lake City, Utah. Finally, on Jan. 10, Lori and Michael confirmed they are, in fact, an item by taking their relationship Instagram official. Michael was the first to take their relationship to the ‘gram, posting a couple of grainy photos of them posing alongside a Christmas tree. Lori posted a few polaroid shots that seem to have been from the same night to her feed a few minutes later, pairing her post with a brown heart emoji.

Fans were pumped for the couple and, more importantly, extremely impressed with Lori’s dating history.

I break it all down for you below. Lori’s most recent high profile relationship was with rapper Future. Following months of rumors swirling around regarding their relationship status, Lori confirmed she and Future were an item in January of 2019 by posting a video of herself kissing the rapper during her 23rd birthday trip to Jamaica on her Instagram stories. She captioned the video, "life is good."

The two continued to date on and off until August of 2020, when the pair sparked breakup rumors by unfollowing each other on Instagram. 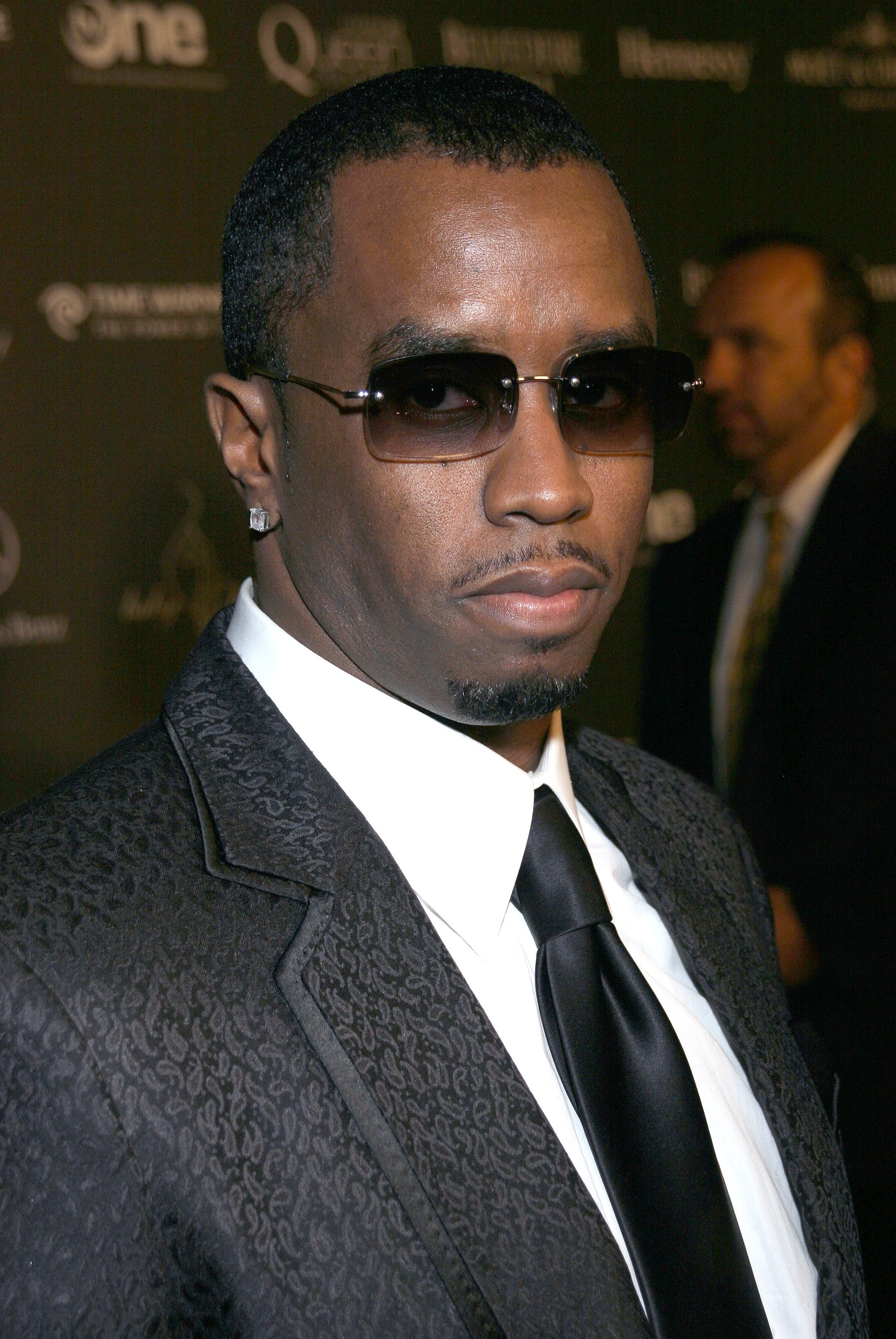 Lori was first linked to Diddy in the summer of 2019 when the pair was pictured enjoying a lavish vacation on the Amalfi Coast. Lori’s mom Marjorie and stepdad Steve tagged along on the vacation, but that didn’t stop Diddy and Lori from packing on the PDA. "He was whispering in her ear and kissing her cheek from time to time," an eyewitness reportedly told E! News at the time. "She had her arm around him and was stroking his ear and kissing him."

Alas, the romance was reportedly over by October of that same year. "Him and Lori had a fun fling but Diddy is still healing and focusing on himself right now," a source reportedly said of Diddy’s mindset at the time. "He is not ready to be in a long-term committed relationship and is focusing on his kids right now." OK, so this is just a very obscure internet rumor but it’s worth noting that, before Lori was linked to Diddy, it was rumored that she was dating his son Justin Combs.

The rumors were mostly sparked after they were spotted together at the Official Big Game Take Over in February of 2019. Here’s a picture of them at the event together: 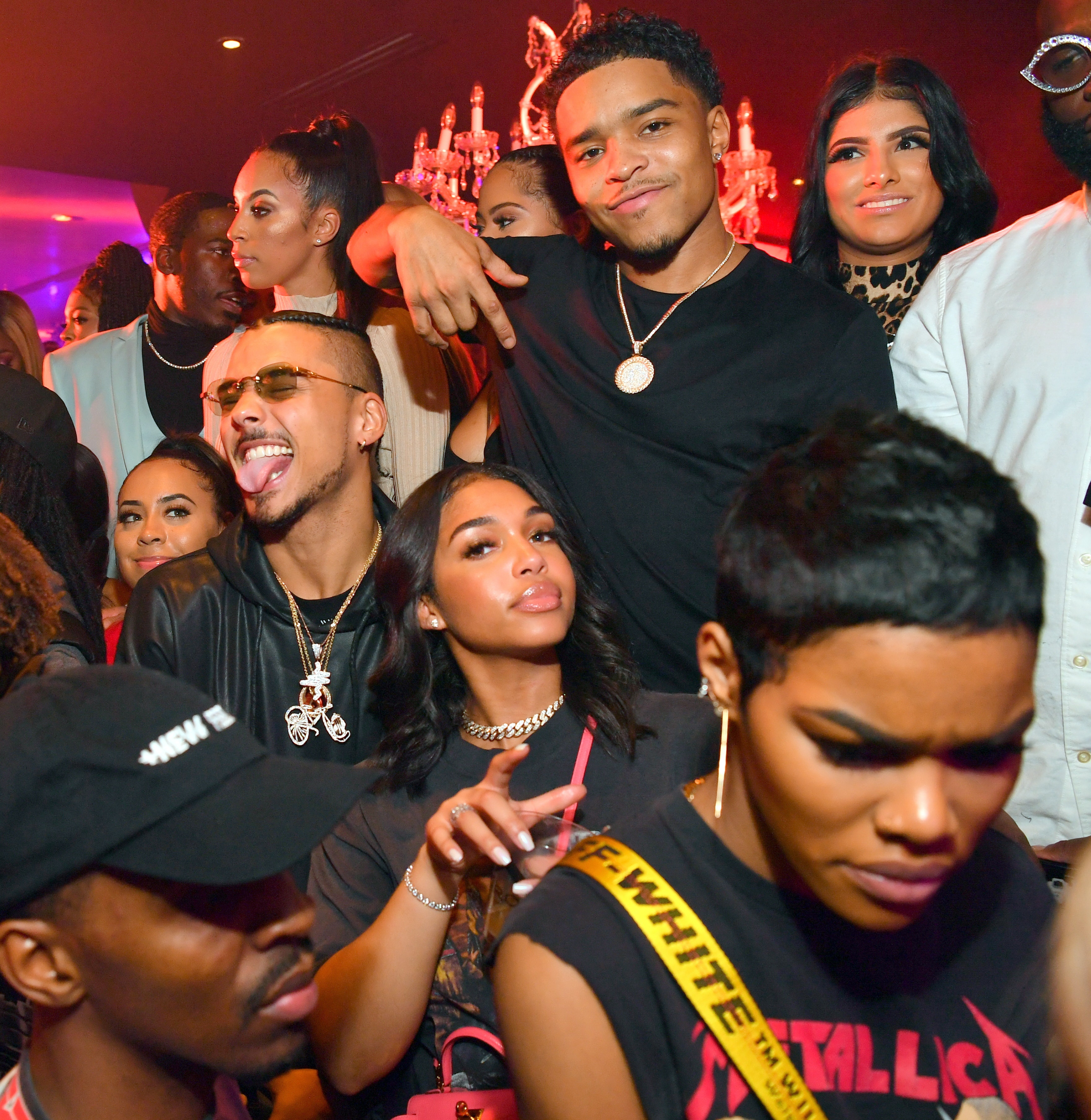 No confirmation on if they were actually dating or if it was just a rumor but, when pictures of her and Diddy started swirling around, the internet went predictably nuts:

Even if Justin and Lori did date before she started dating his dad, there didn’t seem to be any hard feelings as Justin was reportedly spotted tagging along with Lori and Diddy during a September 2019 trip to an Atlanta strip club. Per OK!, Lori was reportedly first linked to Trey Songz in December of 2018. By February of 2019 rumors of a breakup emerged as Lori reportedly erased all traces of Trey from her Instagram.

While fans theorized that their rumored split may have been a result of Trey’s May 2018 announcement that he’d become a father to a child that was not Lori’s, Lori seemed to be totally cool with Trey having a baby. "Awww that little foot," she commented alongside a heart-eye emoji on his Instagram announcing the news. "Happy for you T!!!"

While neither publicly addressed the reason behind their reported split, many fans theorized that it was a result of Trey 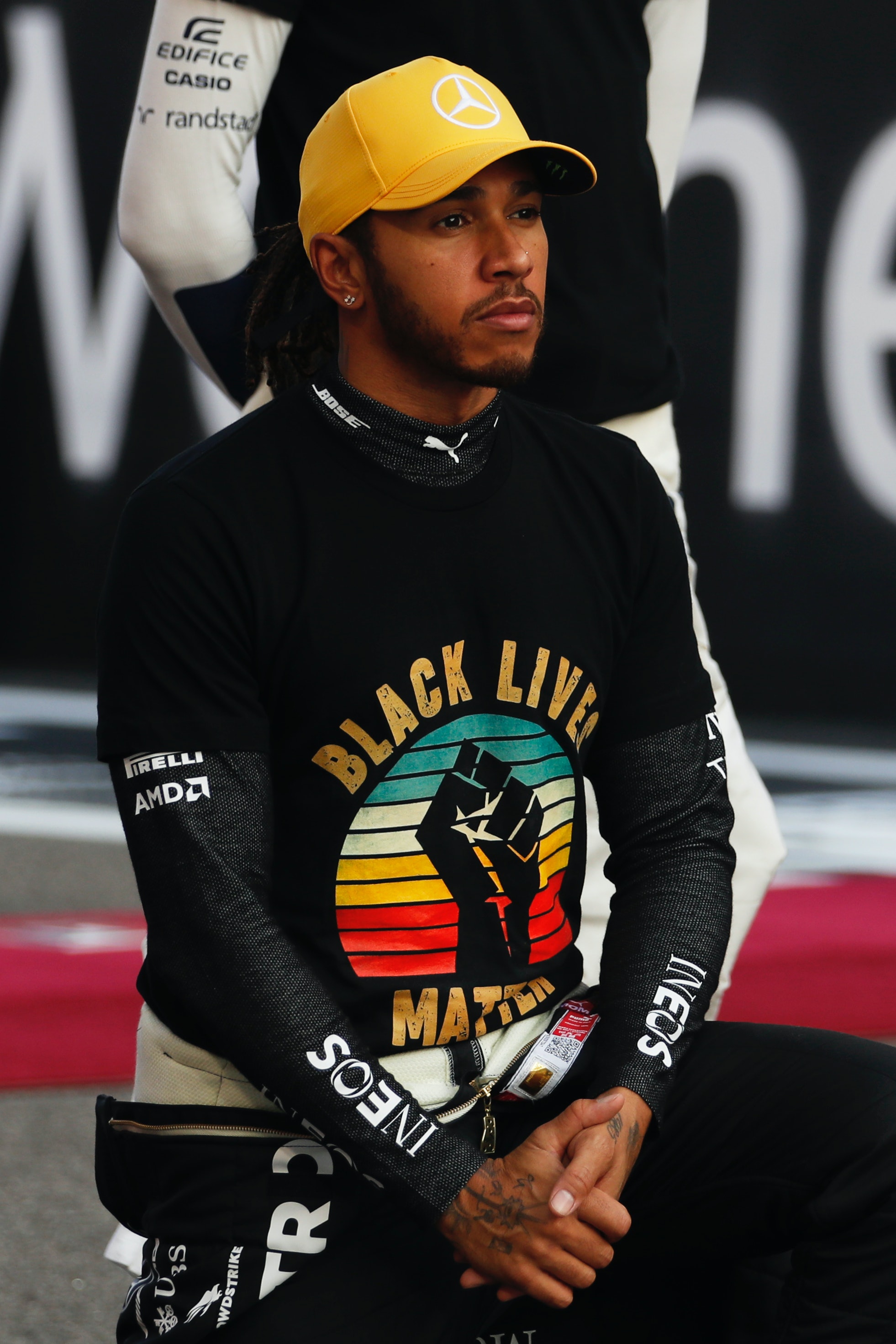 In February of 2019, right around when she was rumored to have dumped Trey, Lori was reportedly spotted making out with race car driver Lewis Hamilton at a Super Bowl party. Lori’s relationship with Dutch professional soccer player Memphis Depay was her most serious to date. In May 2017, after a year and a half together, Memphis proposed to Lori. "WE’RE GETTING MARRIED!!!!!" she wrote on Twitter at the time, per People. Even Lori’s step-dad Steve got in on the excitement, posting a professional shot of the proposal to Twitter alongside the caption "Marjorie and I are proud to announce the engagement of our youngest daughter Lori to Memphis Depay, this young man is a good one! Congrats!"

The pair split before making it down the altar, with People claiming Lori was spotted out without her engagement ring in 2018.

I told you her dating history was iconic!!!! 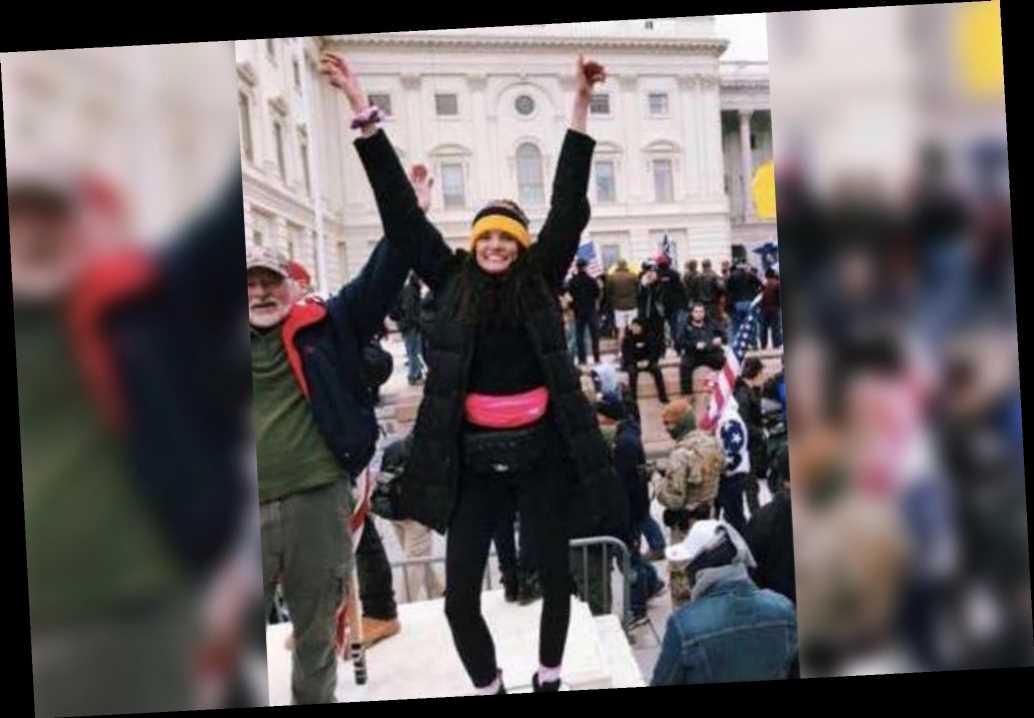 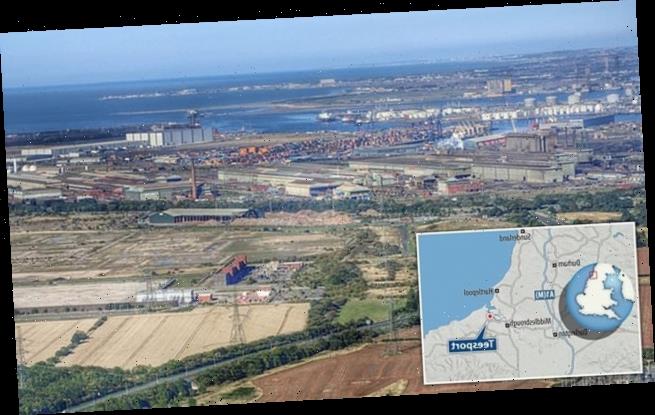 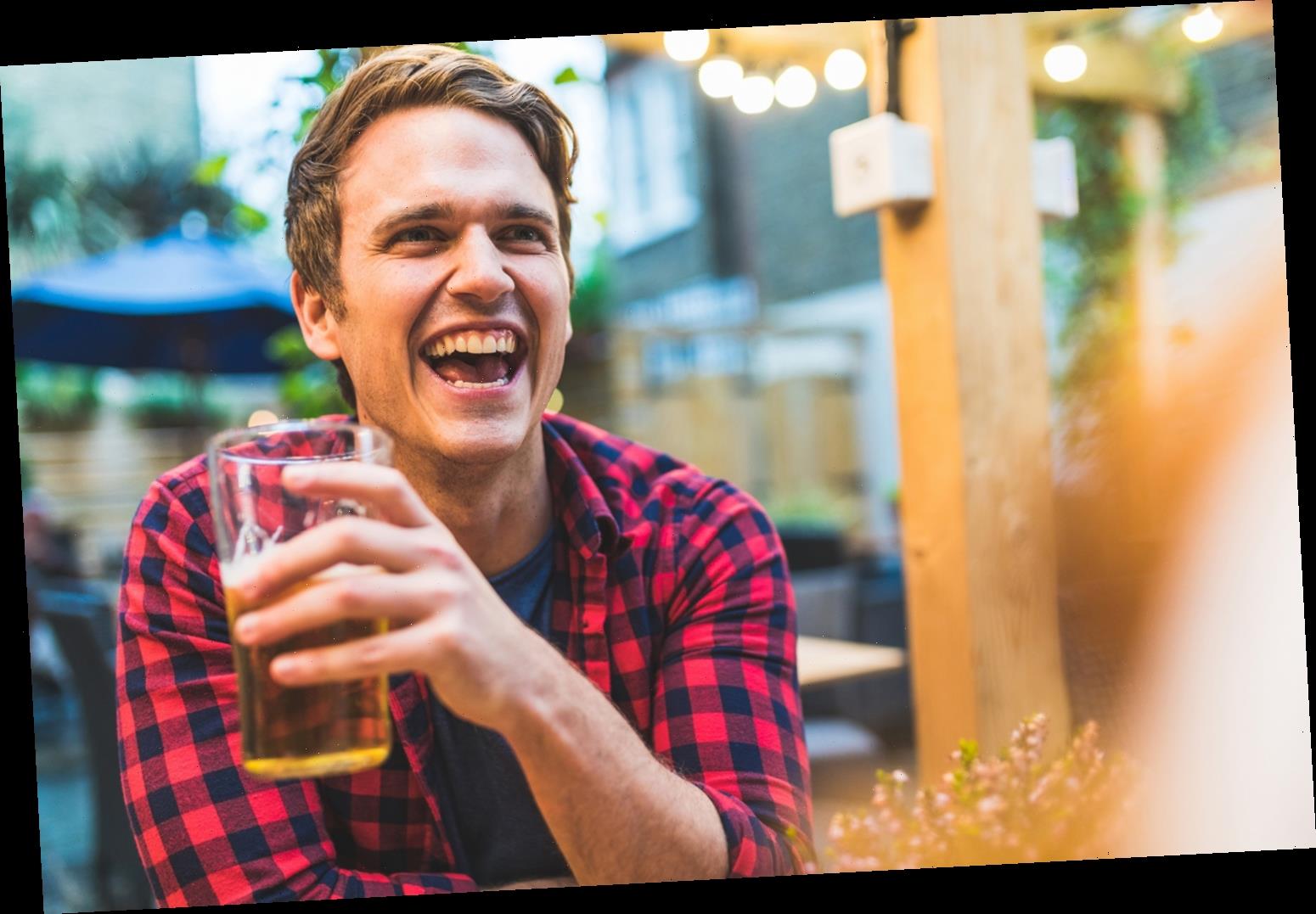 Can I drink alcohol after having the Covid vaccine?
Celebrities Posts