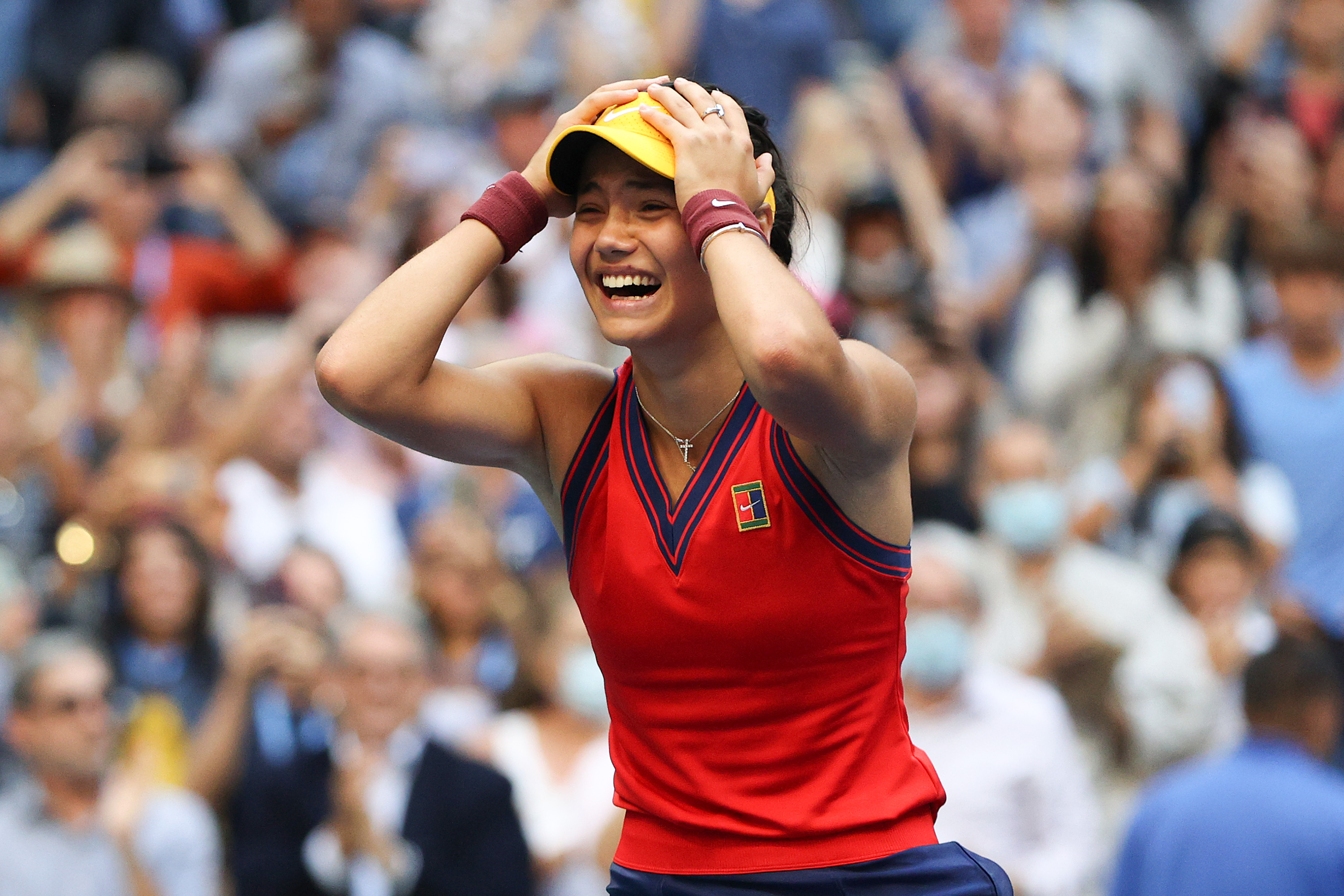 Stars including Louis Theroux and Piers Morgan have led the celebrations for Emma Raducanu after she became the first British woman in 53 years to win at the US Open.

After a tense match against Canada’s Leylah Fernandez, the 18-year-old came out on top, dropping to the ground in joy as she claimed the title.

Louis was one of the first to congratulate her, writing on Twitter: ‘She aced it!’ while Piers added: ‘This is one of the greatest achievements in British sporting history. Congrats, Emma – you champion.’

Gary Lineker, who was hosting Match of the Day, wrote: ‘First time in my life I’ve ever tweeted whilst on air but my goodness what a performance, what a triumph, what an amazing young woman.

‘I think the confidence comes from just inner belief,’ she added.

‘My mum comes from a Chinese background, they have very good self-belief. It’s not necessarily about telling everyone how good you are, but it’s about believing it within yourself. I really respect that about the culture.’