Last month, she received an outpouring of support from friends and fans alike, after candidly admitting she’s ‘struggling’ in an Instagram post.

And Louise Redknapp was spotted stepping out solo on Monday morning, as she visited a pet shop in London amid running errands.

The star, 46, looked casually cool in a black tracksuit, which she teamed with a long brown coat, while she let her natural beauty shine through by going makeup-free. 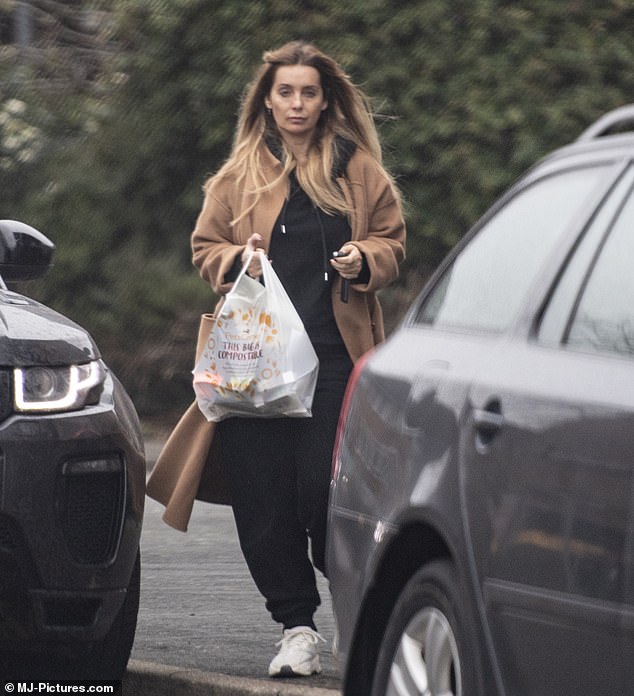 Stepping out: Louise Redknapp was spotted stepping out solo in London on Monday morning

Rounding out her ensemble with his running shoes, the singer wore her long ombré locks in a sleek blowout with a centre parting.

She was seen peeling off her face mask as she departed the pet shop with a loaded bag, before climbing into her luxury Range Rover SUV.

The former Eternal singer’s outing comes weeks after she took to Instagram to encourage fans to ‘stay positive’ and remember there’s ‘always someone to talk to’.

Several of the star’s followers soon replied to the post showing their support, with many leaving love heart emojis and telling her to ‘stay strong’. 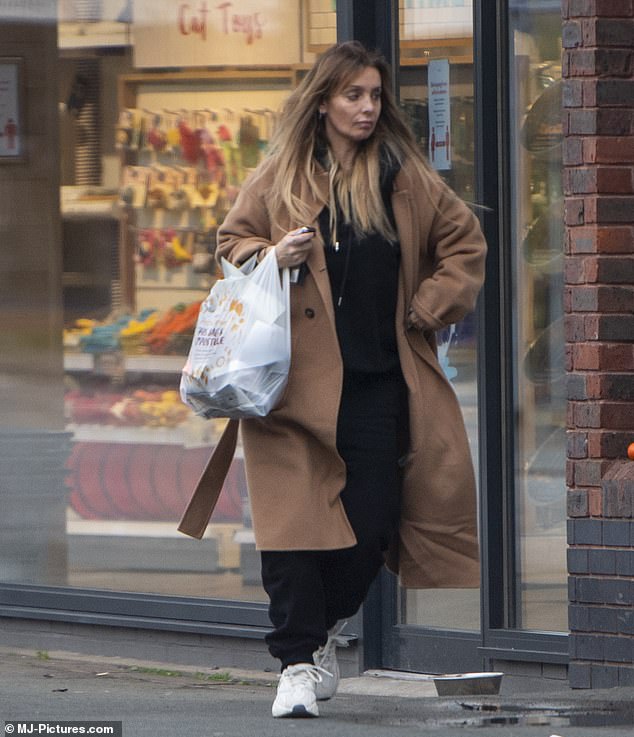 Casual: The star looked casually cool in a black tracksuit, which she teamed with a brown coat 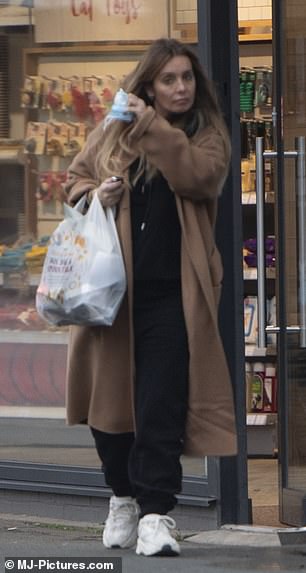 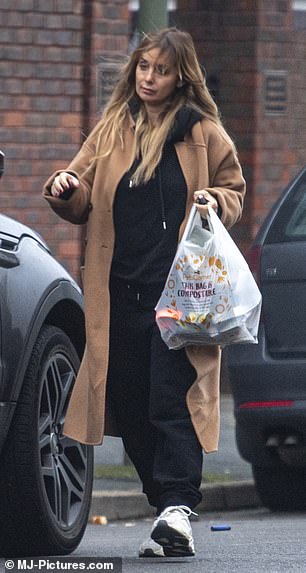 Sport: Adding a sporty touch, she rounded out her ensemble with a pair of white running shoes 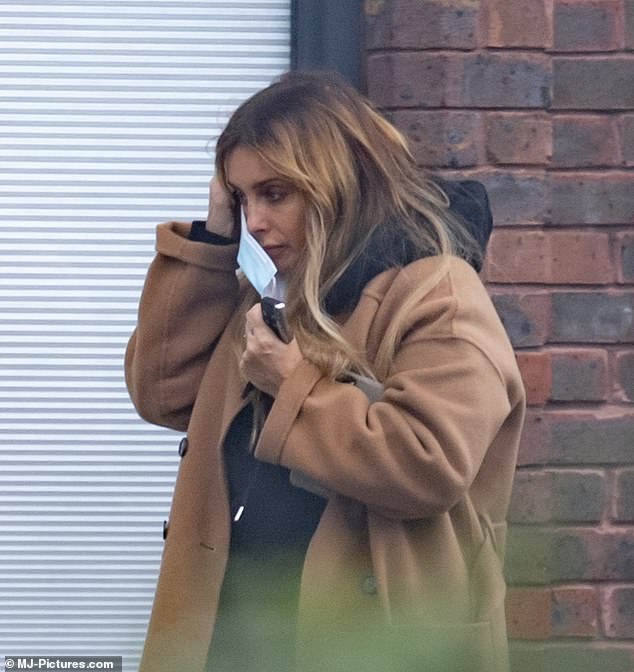 Safety first: She was seen putting on her protective face mask as she prepared to enter a store 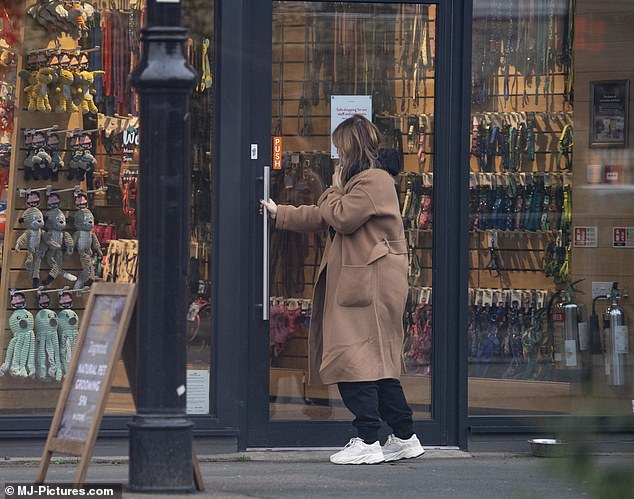 Paws for thought: The former Eternal singer, 46, was spotted paying a visit to a local pet shop

Louise also reflected on a tough few months as she wished her fans a happy New Year weeks before, and even cheekily told 2020 to ‘do one’ in another post.

Sharing a selection of images from 2020, she penned: ‘It’s been a tough year for everyone but I want to wish you all love and luck for 2021 have a happy new year!’

It comes after Louise enjoyed a festive Christmas at home with former footballer Jamie, 47, and their two children, sons Charley, 16, and Beau, 12.

Louise divorced the Sky Sports pundit in December 2017 after 19 years of marriage. 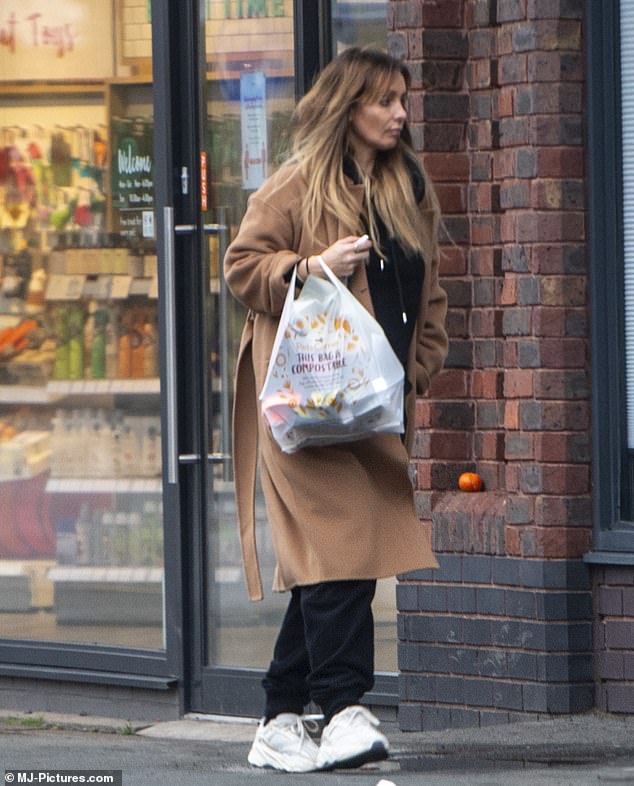 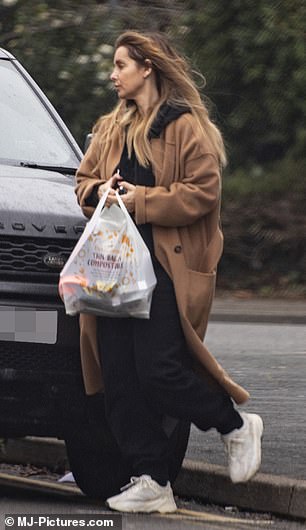 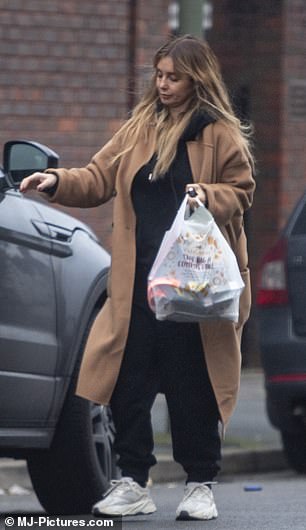 Tress-ed to impress: Louise wore her long ombré locks in a sleek blowout with a centre parting 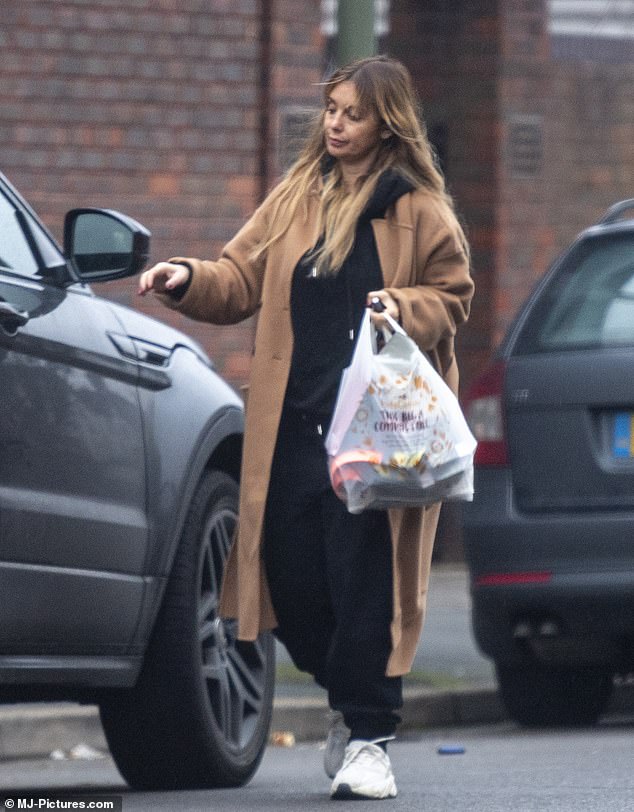 Bag: She departed the pet shop with a bag, before climbing into her luxury Range Rover SUV

Jamie is now dating Swedish model Frida Andersson-Lourie, in what is thought to be his first confirmed relationship since his split from Louise.

In August, a source told The Sun: ‘Jamie feels ready to move on from Louise and is happy to be doing it with someone who has kids too and is financially secure.

‘It’s early days for Jamie and Frida, but they have grown close and are really enjoying spending time together when they can.’

Louise previously credited her divorce with giving her the courage to restart her music career.

Appearing on Sophie Ellis-Bextor’s podcast Spinning Plates, she said: ‘I suppose it took something quite big to happen in my life to think I’ve got nothing more to lose. 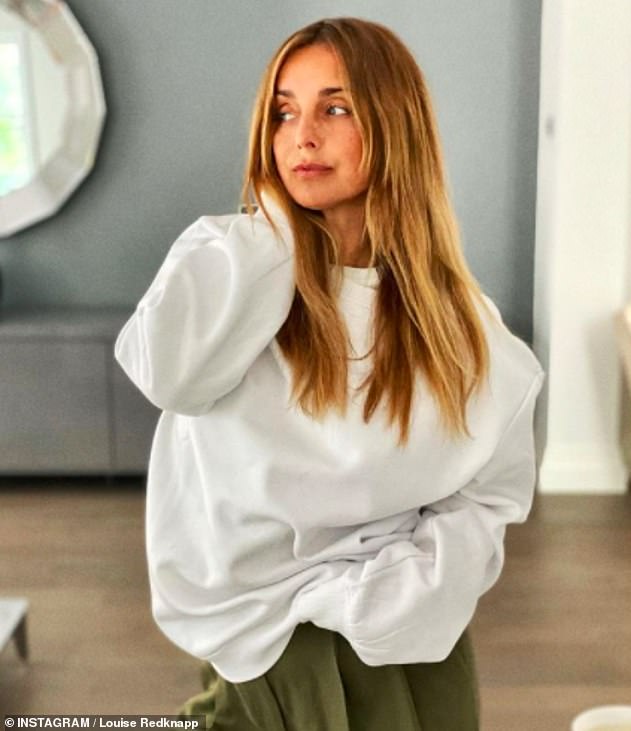 Tough time: Louise’s outing comes weeks after she admitted that she’s ‘definitely struggling at the moment’ in a candid Instagram post

Candid: The former Eternal singer, 46, encouraged her fans to ‘stick together’ and ‘stay strong’

‘Like I feel like I’ve lost such a lot anyway that what’s my musical dignity when I’ve lost all of this anyway?

‘It took something sad and big in my life to maybe give me the courage to go, “oh, I’ll just give it a go, what’s the worst that can happen?”‘

She added: ‘I’m pleased I did it and I think I learned as well that you can still be a really good mum and it’s okay. I think I told myself for so long that I can’t have it all.

‘You can go away and you can work and you can be out of the house for a period of time without letting your kids down. It’s almost like I felt like you couldn’t have both. 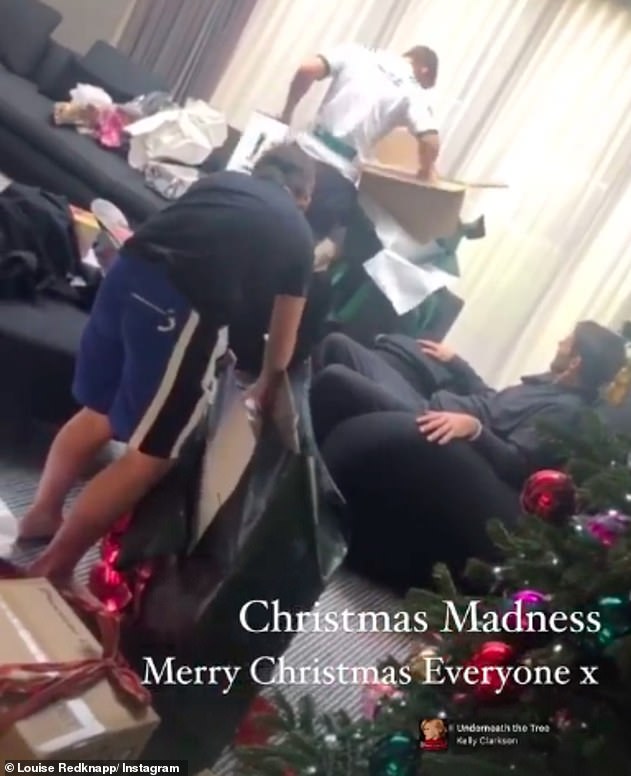 Family: It comes after Louise enjoyed a festive Christmas at home with ex-husband Jamie, 47, and their two children, sons Charley, 16, and Beau, 12 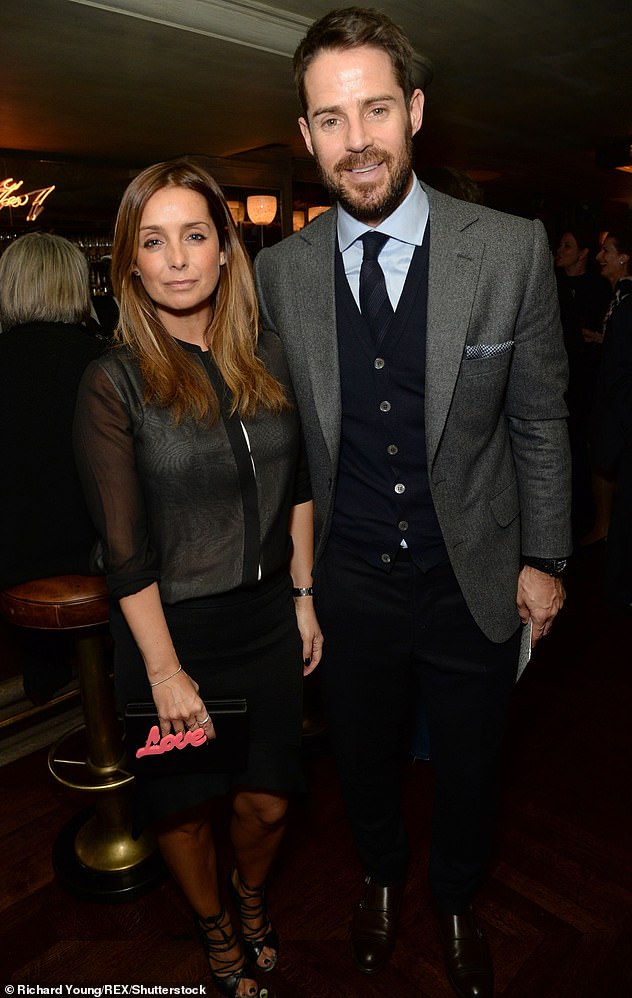