‘I don’t think I’m ever going to be able to have a boyfriend!’: Louise Redknapp reveals how she has not been on a date since her split from ex-husband Jamie THREE years ago

Louise Redknapp has revealed how she has not gone on a date since her split with ex-husband Jamie and told how her eldest son will scrutinise any potential suitors.

The singer, 45, who split from the former footballer, 47, in 2017, described how she has not been on a date and lockdown has not helped her love life.

The Naked hitmaker, who shares Charles, 16, and Beau, 11, with Jamie, also doubted that she will ever be able to have a boyfriend and said ‘it is not looking positive’. 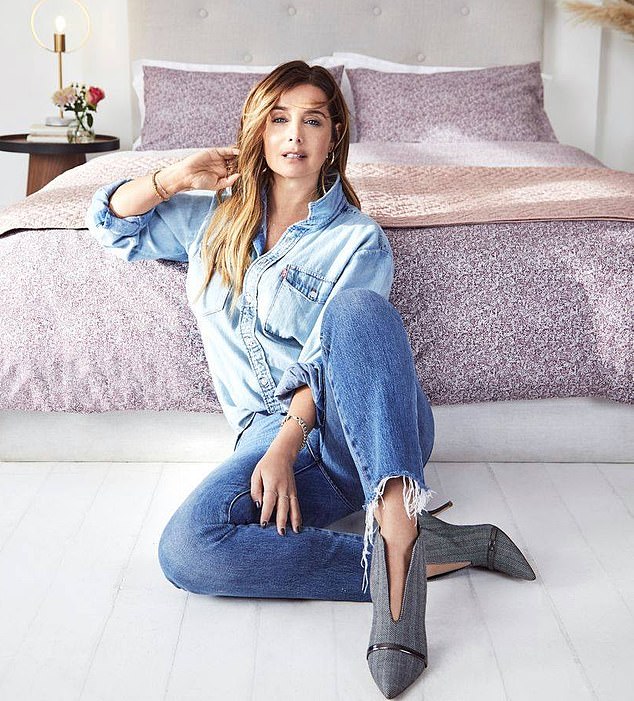 Single: Louise Redknapp, 45, has revealed that she has not go on a date since she split with her ex-husband Jamie, 47, and told how her eldest son will scrutinise any potential suitors

Speaking to The Sun, she said: ‘I don’t think I’m ever going to be able to have a boyfriend because, first of all, the 16-year-old is like, “Well, how they’re going to get past me?”‘

Louise continued: ‘Still haven’t been on a date! Lockdown is not helping me in the dating world.’

The mother-of-two also revealed how her eldest Charles is keen to avoid the topic of her love life and the possibility of her going on dates. 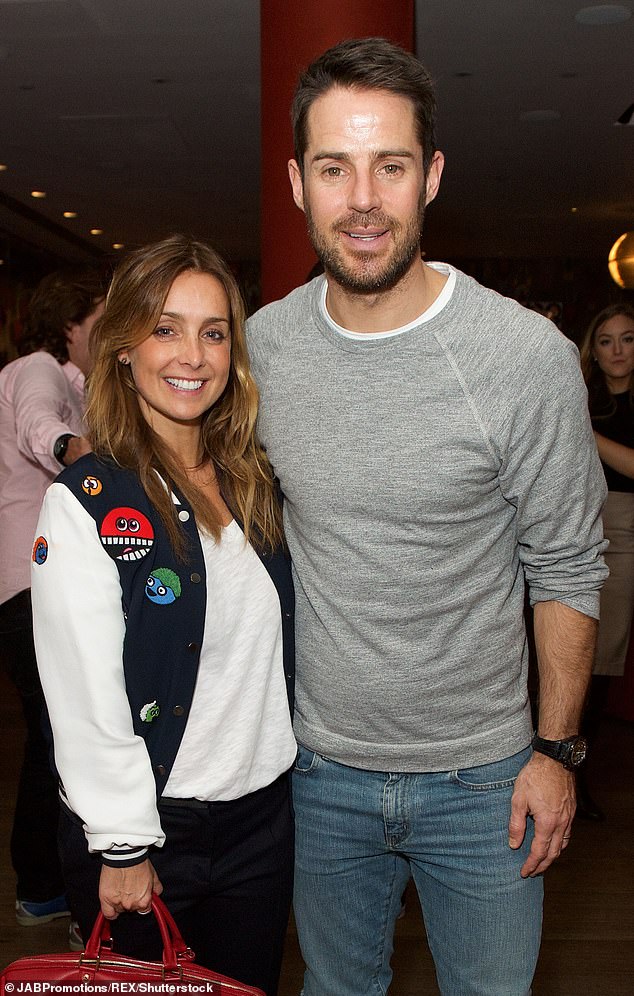 Ex: The Naked hitmaker, who shares Charles, 16, and Beau, 11, with Jamie (pictured in 2016), also doubted that she will ever be able to have a boyfriend and said ‘it is not looking positive’

The former Eternal singer also explained how she is not in an ‘amazing place’, adding: ‘I’ve still have so many struggles on a daily basis because I don’t know if someone ever gets over getting divorced after 20 years.’

In September Jamie revealed that his celebrity pals tease him about the so-called Strictly curse, nearly three years after his divorce from his wife of 19 years, Louise.

The BBC series was blamed for the demise of his relationship with the singer as they split shortly after competing on the series with professional dancer Kevin Clifton in late 2016. 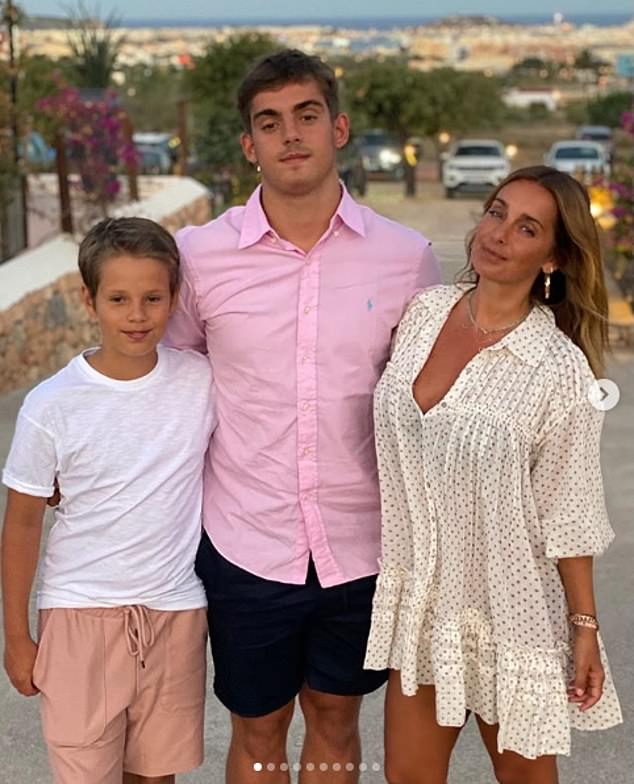 Family: The mother-of-two also revealed how her eldest Charles (pictured) is keen to avoid the topic of her love life and the possibility of her going on dates

However Louise has always denied claims that anything happened between her and Kevin in the past.

It comes after Louise revealed her divorce from Jamie gave her the courage to restart her music career.

The singer had taken a break from her career after the birth of her sons but after splitting from the sportsman revealed she gave music another shot because she felt like she had ‘nothing to lose.’ 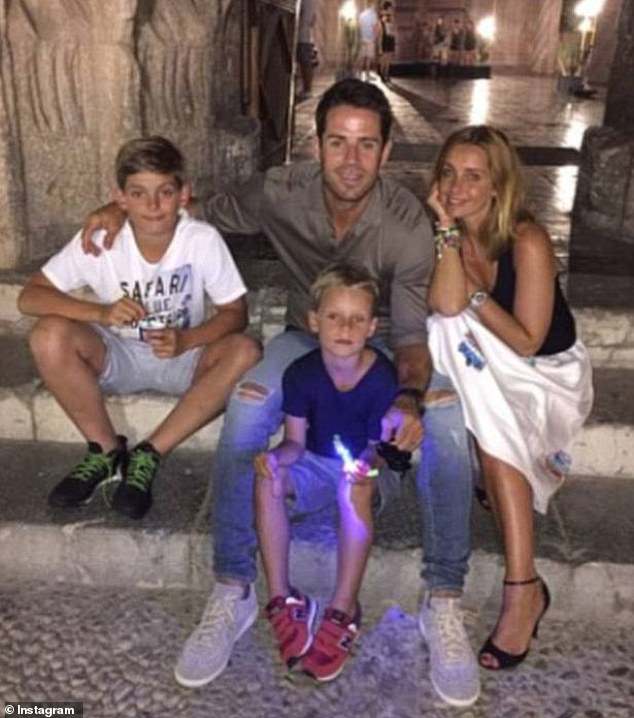 Career break: The singer, 45, took a break from her career after the birth of her sons Charlie, 16, and Beau, 11 (pictured with dad Jamie Redknapp)

Speaking on Sophie Ellis-Bextor’s podcast Spinning Plates, Louise said that she is glad her sons see her doing something she loves, rather than sitting at home being ‘half herself’.

Referring to her divorce from Jamie Redknapp in 2017 after 19 years of marriage, she said: ‘I suppose it took something quite big to happen in my life to think I’ve got nothing more to lose.

‘Like I feel like I’ve lost such a lot anyway that what’s my musical dignity when I’ve lost all of this anyway?

‘It took something sad and big in my life to maybe give me the courage to go, “oh, I’ll just give it a go, what’s the worst that can happen?'”

She added: ‘I’m pleased I did it and I think I learned as well that you can still be a really good mum and it’s okay.

‘I think I told myself for so long that I can’t have it all.

‘You can go away and you can work and you can be out of the house for a period of time without letting your kids down. It’s almost like I felt like you couldn’t have both.

Louise was a member of girl group Eternal in 1993, but left the band in 1995 to pursue a solo career. She had sold more than 5 million records in the UK alone and 15 million worldwide.

The presenter was also a runner up with partner Kevin Clifton on Strictly Come Dancing in 2016. 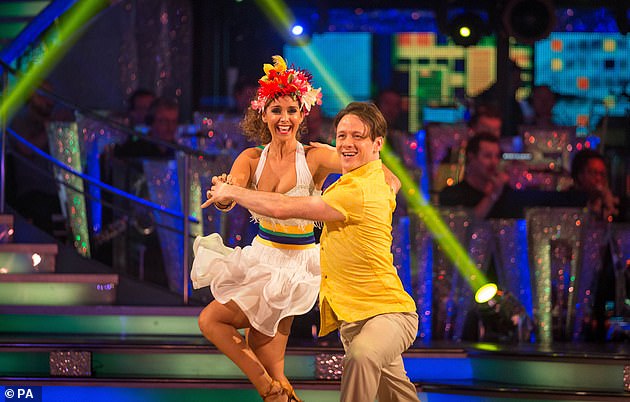 Brought back the fire: The TV personality said being on BBC One’s Strictly Come Dancing in 2016 reminded her how much she loves to perform (pictured with partner Kevin Clifton) Man in charge of Cambridge Library when Darwin's books were 'stolen'