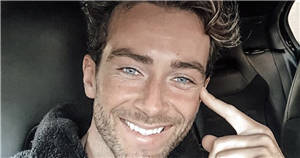 Made in Chelsea favourite Digby Edgley underwent hairline surgery 10 months ago, and now the reality TV star's incredible hair transformation has been revealed.

Fans first saw Digby, 24, sitting in a chair at the KSL Clinic for his surgery, before it showed the progress of his hairline over the past 10 months.

After the video circulated online, many of Digby's fans waded in with comments, including one who wrote: "We love a Made in Chelsea boy."

"Wow, is he single?" another asked the clinic's account, while a third shared: "I actually quite liked his hairline before. But as long as he is happy."

One fan then wrote: "Good job," before another said: "So handsome."

The clinic describes itself as "the UK’s N°1 Hair Loss Specialists", and from the TikTok account, we can see that Kris Boyson and Greg Shepherd are also clients of the company.

The clinic shared a video of Greg opening up about his story on the Family Diaries, to which they said: "documenting Greg Shepherd’s #HairTransplant with KSL Clinic!"

On the video, Greg says: "I've been thinking about having a hair transplant since I shaved my hair off for charity two years ago."

He added: "It grew back on the sides but it didn't on the top," before the clip showed Greg explaining to the experts where his hair was thinning.

Greg – who is married to TOWIE original Billie Shepherd – recently opened up about his decision to have a hair transplant as he encouraged people to get it done.

"Yeah, I don’t know why people are worried about getting it done," he shared with OK!.

"If you really want something, just go and get it done."

He explained: "The whole process takes about a year, but it's a week of uncomfortableness for the rest of your life to have hair again.

"It’s mad though. We literally got married, and my hair fell out!"

For all your updates on Made in Chelsea, sign up to our daily OK! newsletter.