The Met Gala theme might as well have been made for Madonna. The icon walked the carpet at the Met Gala on Monday, May 7, wearing a black Jean Paul Gaultier gown and a black veil over her face held in place by rosaries. Her hair was parted down the center and in simple braids. On top of her head, she wore an elaborate gold headpiece. However, following the dinner, she changed into the complete opposite look for a surprise performance.

The theme of the 2018 exhibit was “Heavenly Bodies: Fashion and the Catholic Imagination.” 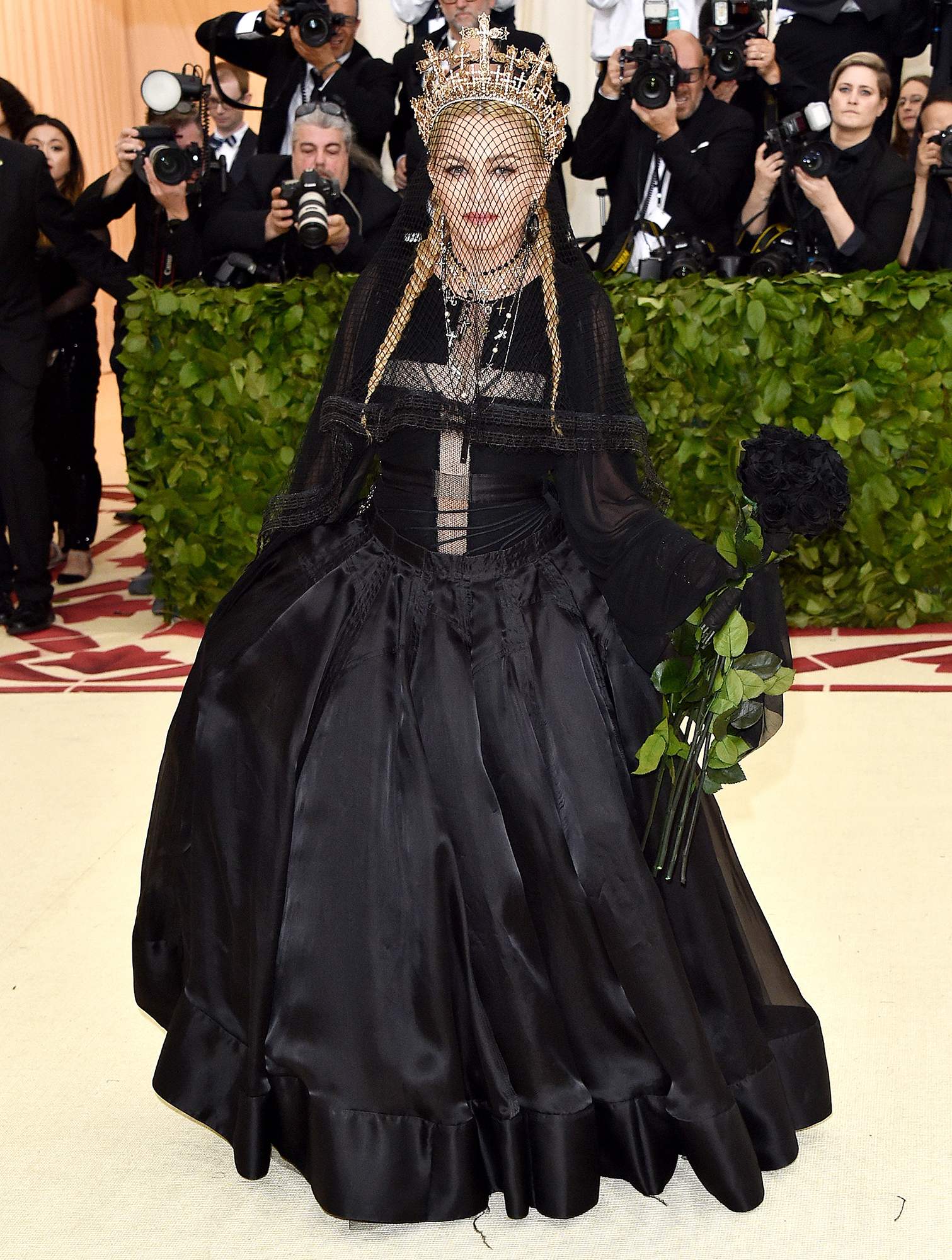 The 59-year-old singer appeared in a cloak and descended from the steps of the Great Hall walking to church bells and beginning her performance with her 1989 hit “Like a Prayer.” When she removed the cloak, she was wearing a white dress with a corset top and a metallic-decorated full-arm accessory. She also performed a chilling version of “Hallelujah.” At one point during the performance, she laid down on the stairs.

“When I first started I was covered in rosaries, so nothing’s changed, really. Themes have always been a part of my work and always inspired me,” the Queen of Pop told Vogue on the carpet before the gala. “Tonight, I feel so close to God.”

Following the performance, Madonna posted the video on Instagram, writing “Stairway to Heaven” and saying a thank you to Vogue for making the moment possible. She also added the hashtags “#metgala #epic #jeannedarc and #catholicimagination.”