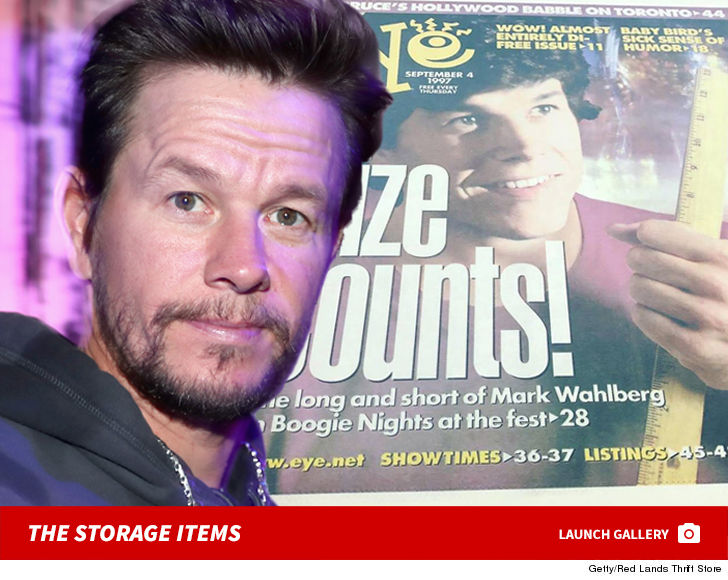 A bunch of Mark Wahlberg‘s old and seemingly forgotten stuff has been found in abandoned storage units, and now … a lot of it’s hitting the auction block.

“Storage Wars” star Rene Nezhoda tells TMZ … his friend Kevin went to a storage facility in the San Fernando Valley a few weeks back and bought 3 small lockers for $3k, which turned out to contain the actor’s gear from years ago.

We’re told the units contained some personal items — family photos, kids’ handprints and a dog’s ashes — but fortunately, Kevin was able to track down Mark’s management and return them as a good deed … free of charge.

All the other stuff is up for grabs, though … with Wahlberg’s blessing. As you can see in the pics, it includes old trophies and awards, golf photos, mementos from his “Boogie Nights” days, and yes … Marky Mark memorabilia. There’s also some furniture.

As for why Wahlberg lost ownership of the lockers — Rene suspects someone on Mark’s team simply forgot to pay the rent, and after 3 months of not paying, the lockers can go up for sale.

Kevin swooped and it’s looking like a solid move. The items go up for auction Saturday. 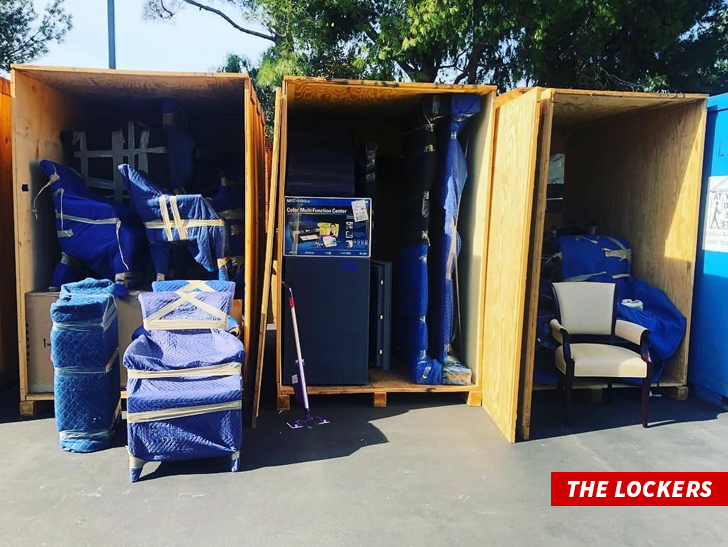