‘It was the most self-aggrandising, selfish, narcissistic b****cks I have ever seen’: Martin Freeman slams Jim Carrey for his method acting in film Man On The Moon after he spent four months never breaking character

Martin Freeman has slammed Jim Carrey for his method acting in 1999 film Man On The Moon, after the Hollywood star spent four months never breaking character.

The Hobbit actor, 49, branded Jim’s portrayal of late comedian Andrew Kaufman ‘self-aggrandising, selfish and narcissistic’ and claims he should have been ‘fired’ for his commitment to role, after he insisted on being referred to as ‘Andy’ even when the cameras had stopped rolling.

In a new interview, Martin lashes out at Jim, saying ‘you’re not supposed to become the f***ing character’ and it was ‘highly amateurish’ for him to have gone so far. 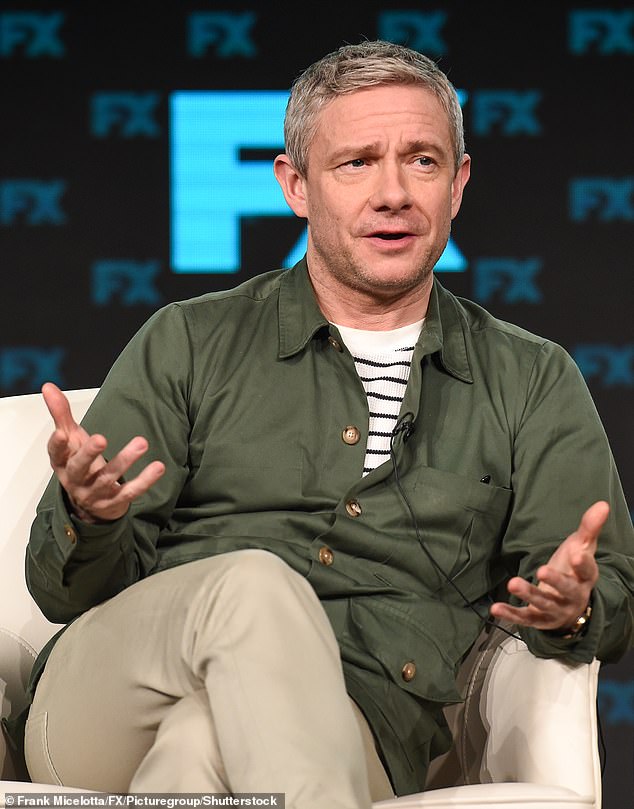 Netflix documentary Jim & Andy: The Great Beyond that was released in 2017 chronicles Jim’s performance and showed the extent of his method acting on set of the 1999 movie.

Martin said: ‘For me, and I’m genuinely sure Jim Carrey is a lovely and smart person, but it was the most self-aggrandising, selfish, f***ing narcissistic b****cks I have ever seen.

‘The idea anything in our culture would celebrate that or support it is deranged, literally deranged.

‘I am a very lapsed catholic but if you believe in transubstantiation, then you’re going somewhere along the line of “I became the character” no you didn’t, you’re not supposed to become the f***ing character because you’re supposed to be open to stuff than happens in real life because someone at some stage is going to say “cut” and there’s no point going “what does cut mean because I’m napoleon?” Shut up. 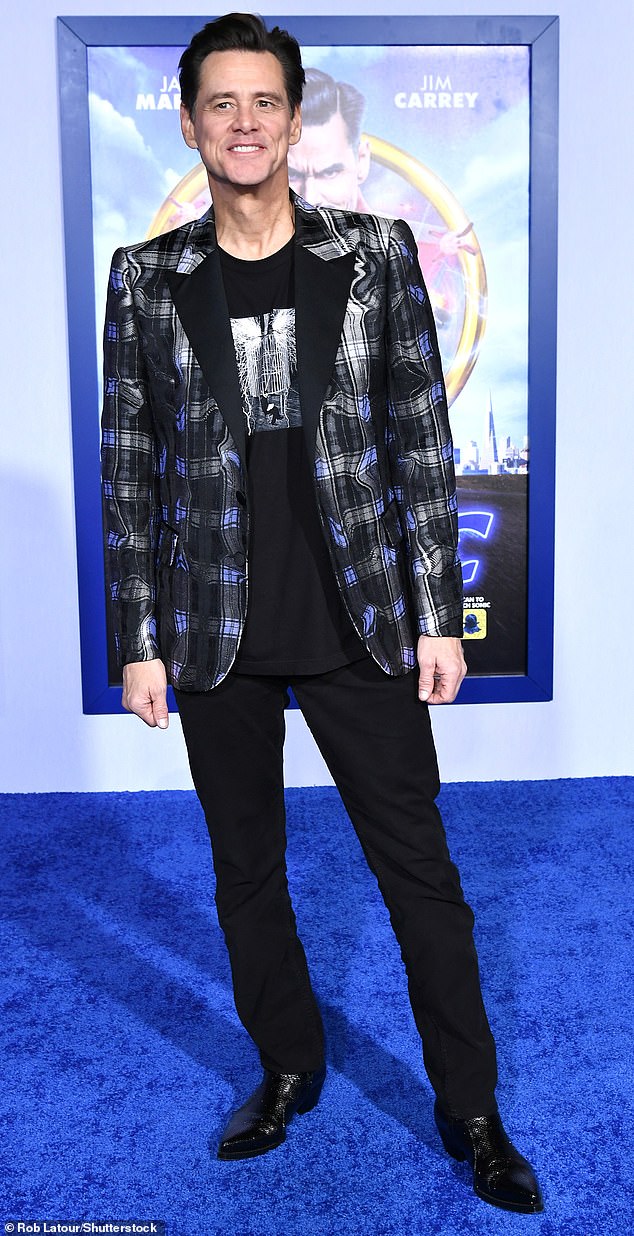 ‘Pretentious nonsense’: The Hobbit actor branded Jim’s portrayal of late comedian Andrew Kaufman ‘self-aggrandising, selfish and narcissistic’ and claims he should have been ‘fired’ (pictured in 2020)

‘You need to keep grounded in reality and that’s not to say you don’t lose yourself in between action and cut but the rest of it is absolutely pretentious nonsense.

‘It’s highly amateurish; it’s essentially an amateurish notion because for me it’s not a professional attitude. Get the job done man, f***ing do your work.

Martin accused the comedic actor, 59, famed for his roles in Liar, Liar, The Truman Show, Ace Ventura, and Bruce Almighty, to name a few, of being ‘deluded’ and said Jim must believe he’s a ‘guru.’ 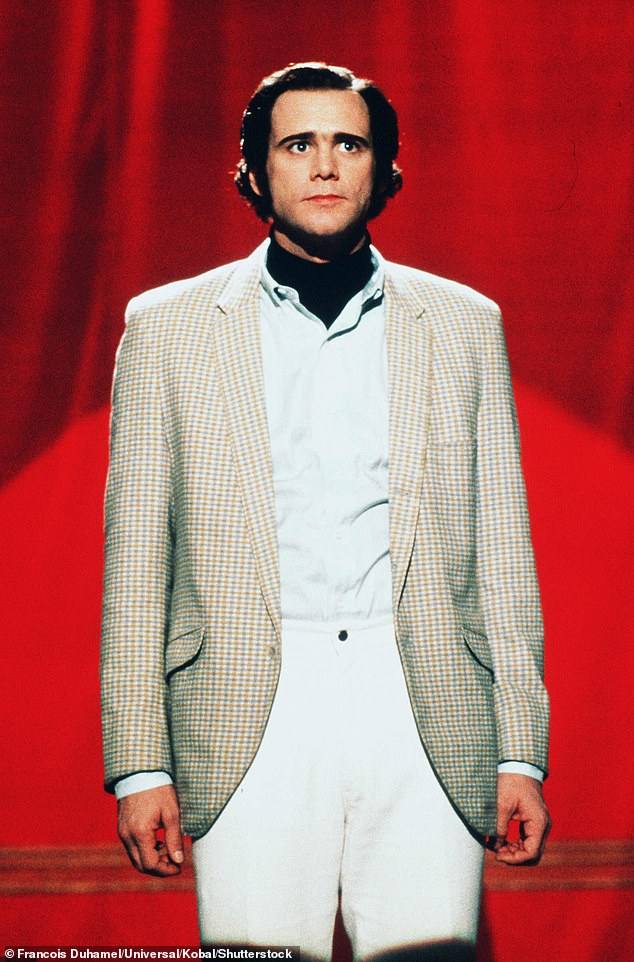 ‘F***ing do your work’: In a new interview, Martin lashes out at Jim, saying ‘you’re not supposed to become the f***ing character’ (Jim pictured as Andrew Kaufman in Man on the Moon)

Speaking on the Off Menu podcast, he continued: ‘Of course I’m one of them, we all get cushty gigs, we are very fortunate to get a pass in certain situations where other people wouldn’t, I understand that, but Christ, there is such a thing as pushing it.

‘I think that’s what that Jim Carrey thing looks like to me, at the very, very end, he says something that sort of is pertaining to his Christ-like self grandeur and makes me think at the very last second, is all this a wind up?

‘Because, clearly, he’s a very funny person and he knows absolutely where ‘funny’ is all the time, but I think has he lost himself in this delusion of thinking he’s a guru or a fakeer because a few people do once you get the the top of the mountain, what you are you going to do then?

‘What else gives your life meaning because essentially you could argue what we do, yes it doesn’t cure diseases, but it has mobility to it and it’s reasonably important, but if it’s not you’ve got to go with it.

‘Jim, you should have paid more attention at school if you wanted to do something more important. I hope he was joking.’ 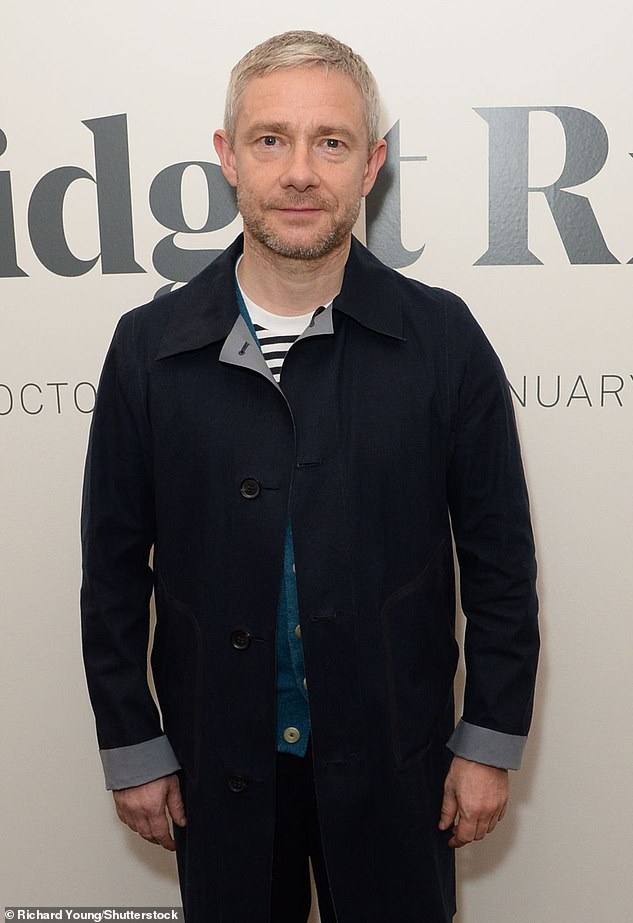 ‘He should have got fired’: Martin accused the actor, famed for his roles in Liar, Liar, The Truman Show, Ace Ventura, and Bruce Almighty, of being ‘deluded’ (pictured in 2019)

In 1998, Jim allowed a video crew to document his performance as the late comedian Andy Kaufman in the film Man on the Moon.

Before the release of the 2017 Netflix documentary, the footage remained unseen and was kept at Jim’s offices for 20 years.

In the opening credits of the film, Jim explained: ‘Initially when I heard I had the part I was sitting in Malibu looking at the ocean and thinking, where would Andy be? What would he be doing?

‘I bet he would be doing something like trying to communicate telepathically, immediately 30 dolphins came to the surface so I thought maybe I’m on the right track so I decided from then for the next few days to speak telepathically to people. It was absurd but somehow it worked.

‘That’s the moment when Andy Kaufman showed up, tapped me on the shoulder and said “sit down, I’ll be doing my movie, what happened afterwards was out of my control.”‘

Jim refused to be called by his own name on set, to the annoyance and frustration of director Milos Forman, who often pleaded with him to corporate.

Speaking in the Netflix doc, Jim said: ‘No one really knew what was real and not real half the time. I didn’t know what was real or not real. We just went with Andy and Tony and wherever their whim took you and the emotions were often very real.’