Maura Higgins has encouraged fans to ditch photo filters and ignore ‘nasty’ online messages, telling them to be ‘kind to themselves’.

The former Love Islander, 30, shared a stunning makeup-free selfie to Instagram on Thursday alongside the empowering caption.

In the radiant snap, the star posed up a storm in a slinky gown and went without any of her usual beauty products or tan, instead letting her natural looks shine through. 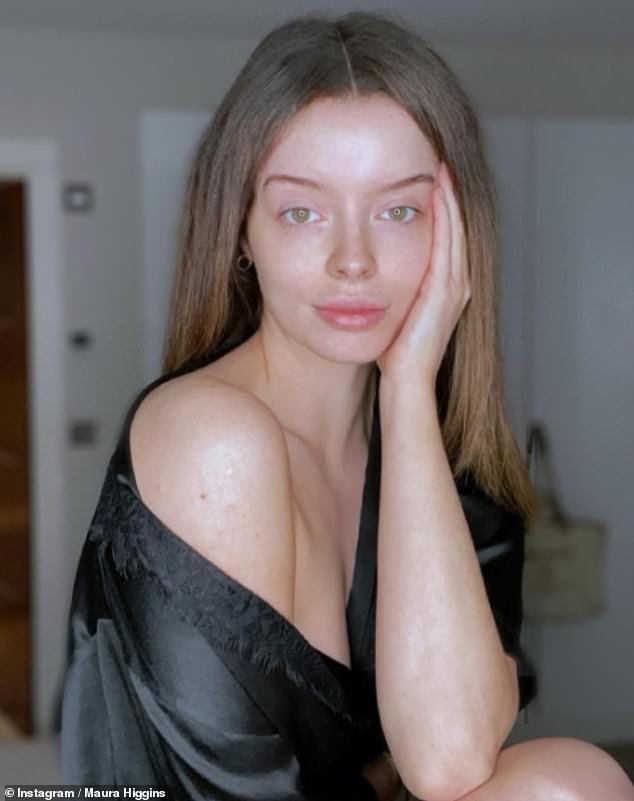 Stunning: Maura Higgins shared a radiant makeup-free selfie to Instagram on Thursday alongside an empowering caption telling fans to ditch filters and ‘be kind’ to themselves

Maura exuded confidence as she stared straight at the camera with one hand on the side of her product-free face.

She wore her brunette locks down and styled straight and kept her ensemble simple wearing only a pretty black satin dressing gown and pair of gold hoop earrings.

Alongside her beautiful image, the reality star penned a caption asking her fans to ‘be kind’ to themselves and embrace their own natural looks.

Maura said: ‘RAW … like many of us, there are so many times I stop to read the nasty comments in my DM’s or online & every single time I can’t help but think of the younger generation stepping on the social media bandwagon!

Powerful: The Love Island star, 30, explained how she sometimes reads ‘nasty’ messages in her own DMs and now wants to ’empower women’ to feel confident in their own bodies

‘Us women especially get criticised day in and day out about our body’s, hair, makeup, skin…I could go on forever. I am very lucky to be confident inside & out and I want to empower woman to do the same.

‘We don’t need to use filters or apps, being yourself is more than enough although a minority of the online community sometimes try and convince us otherwise.

It comes after Maura gave a very candid insight into her and boyfriend Chris Taylor’s relationship, revealing they enjoy picking at each other’s spots. 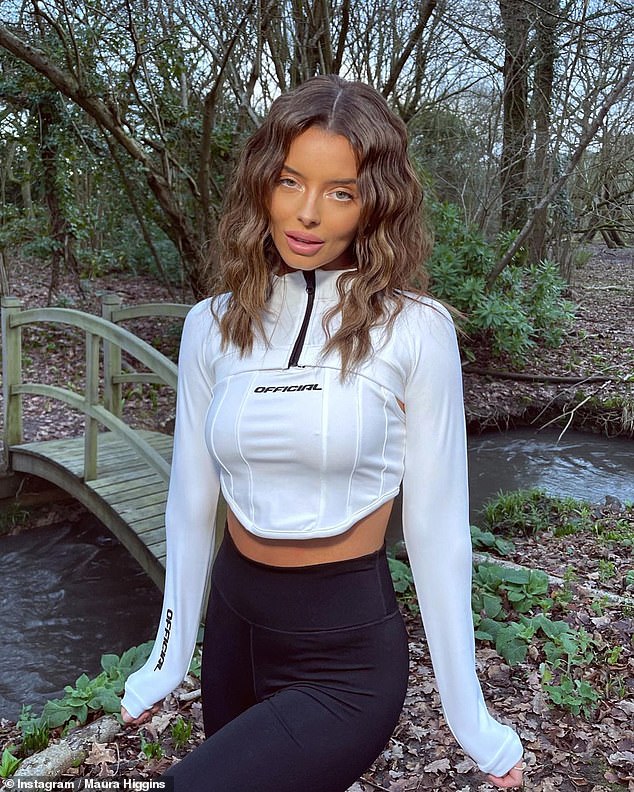 In a new interview with Cosmopolitan UK, Maura admitted she and her co-star-turned-partner, also 30, find their ‘weird’ pimple-popping sessions ‘therapeutic’.

The glamour model also insisted she ‘hates being single’ and described herself as the ‘attention taker, not giver’ in relationships.

‘People will be surprised to know that me and Chris pick at each other’s spots all the time’, the brunette said. ‘Like if we have a pimple or anything, we just get in and we find it very therapeutic. It’s a bit weird.’

Sharing her views on dating, the reality star added to the publication: ‘I’m definitely a relationship person. I hate being single … I like to have somebody there giving me all the attention, 24/7. I’m the attention taker, not giver.’ 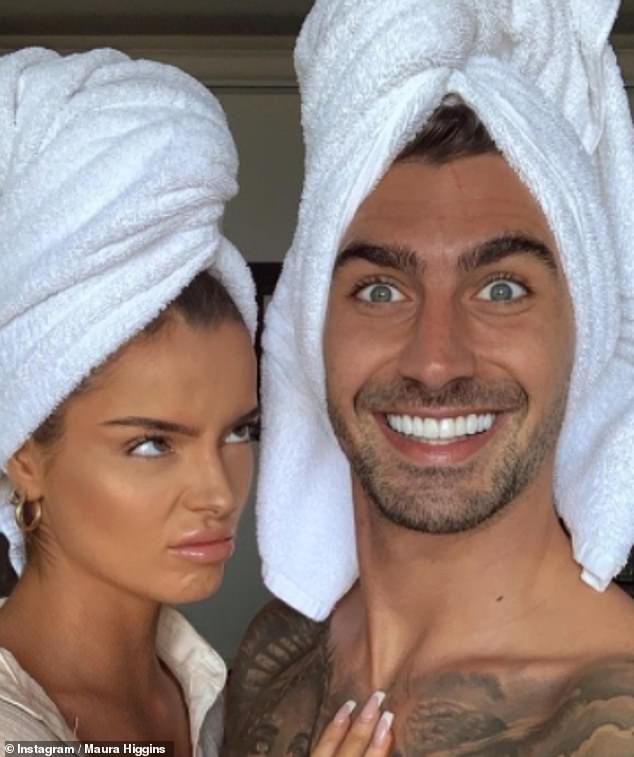 ‘It’s a bit weird’: Maura Higgins has revealed she and her boyfriend Chris Taylor enjoy picking at each other’s spots as she detailed their blossoming romance

The TV star also reflected on how she deals with negativity on social media, as well as her experience on Love Island.

Instagram star Maura stated: ‘I’d like to say I don’t respond to trolls but, yeah, sometimes I do. I don’t even know why. Sometimes, depending on my humour I’m just like ‘oh come on’ and then I’ll just go into a rant.

‘Since coming out of the villa I might have blocked maybe six. They’re the nasty trolls.’

Maura and Chris both appeared on 2019’s Love Island but left the programme as friends.

The Irish beauty was partnered with dancer Curtis Pritchard who she dated for several months after the show. 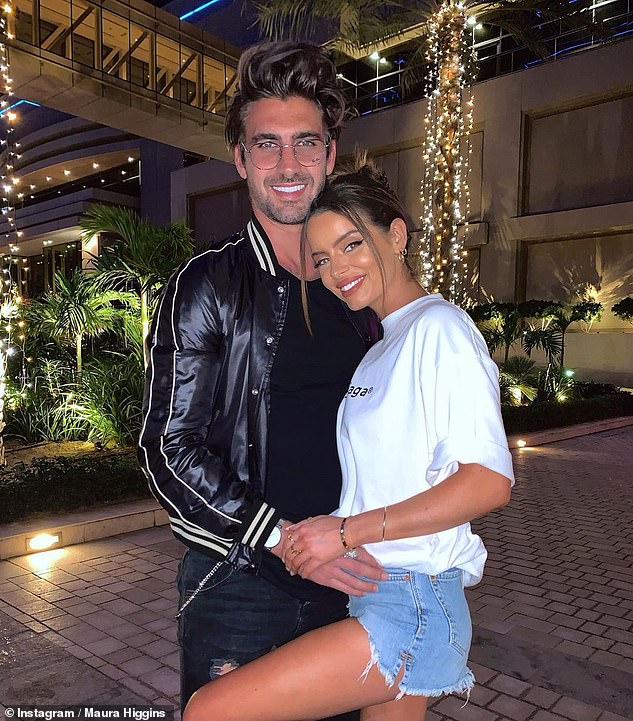 Unique: In a new interview with Cosmopolitan UK , the Love Island personality, 30, admitted she and her co-star-turned-partner, also 30, find their pimple-popping sessions ‘therapeutic’