The Love Island beauty turned heads in a skintight outfit as she headed to the West End to watch Magic Mike Live in London on Tuesday.

And Megan Barton-Hanson opted for another skimpy outfit as she attended the Celebs Go Dating wrap party in London on Wednesday.

The stunner, 25, looked every inch the goddess in a tiny red satin wrap dress that flashed plenty of flesh.

Megan showcased an endless amount of cleavage in her thigh-skimming number, which featured a seriously plunging front.

Her rouge ensemble was fastened together at the waist with an elaborate knot, highlighting her hourglass frame.

The gorgeous gal accessorised with a pair of black lace heels and a simple silver key pendant necklace.

Oozing glamour, she donned a slick of dramatic makeup to complete the look.

Megan opted for a dark, smoky eyeshadow and lashings of mascara, along with a glossy red lipstick. 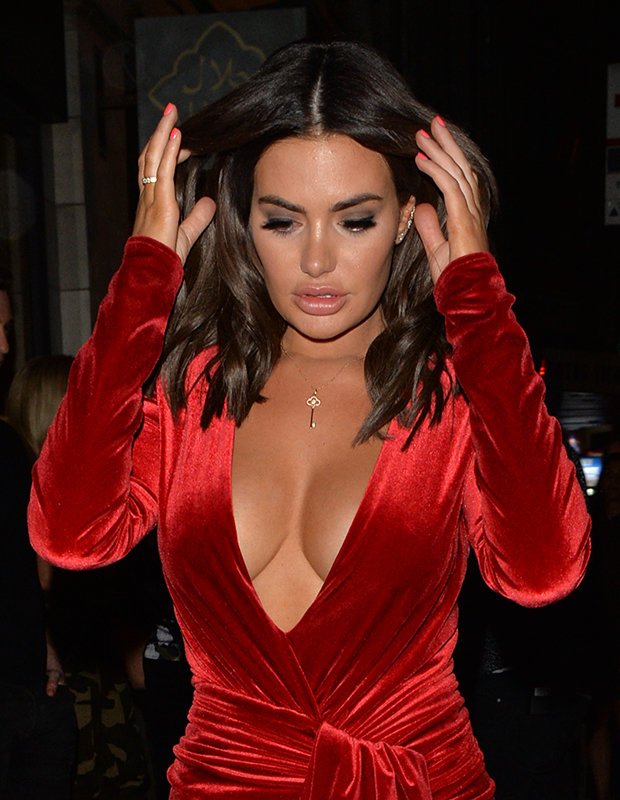 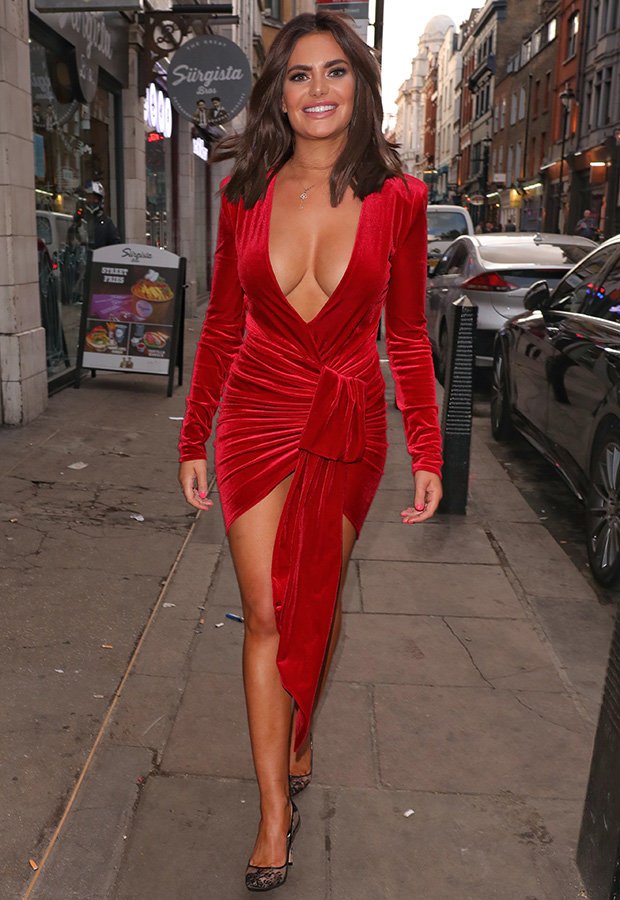 Meanwhile, her newly-darkened tresses were styled into sleek waves.

Her outing comes shortly after her appearance on Celebs Go Dating on Monday, which saw her embark on a journey to begin dating girls for the first time.

However, it wasn’t exactly smooth sailing for the busty babe, who appeared to get drunk, before grabbing her date’s bum at the bar, leaving her less than impressed.

Megan came out as bisexual before filming for the E4 dating show and admitted that she was nervous at the prospect of dating a woman during an interview on Loose Women. 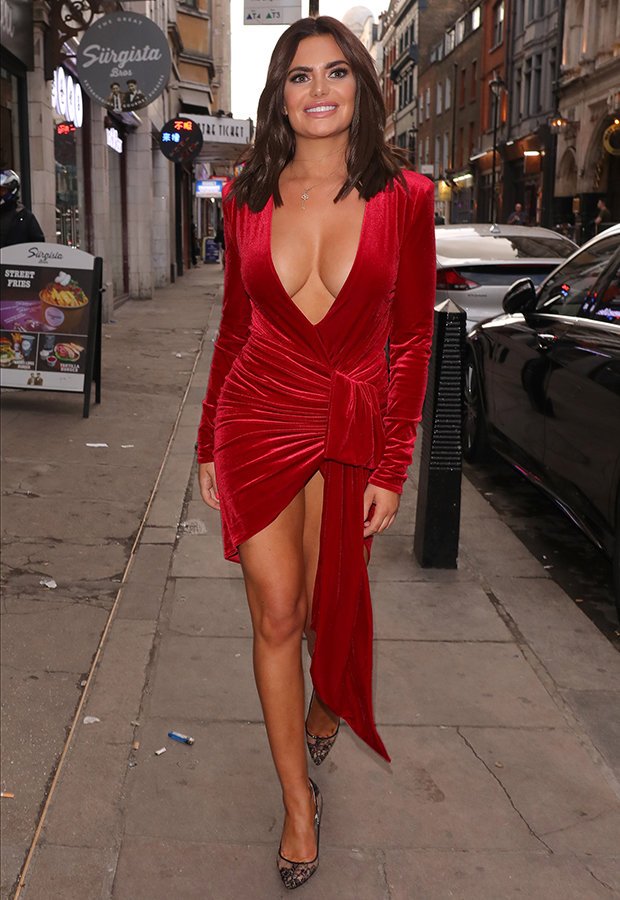 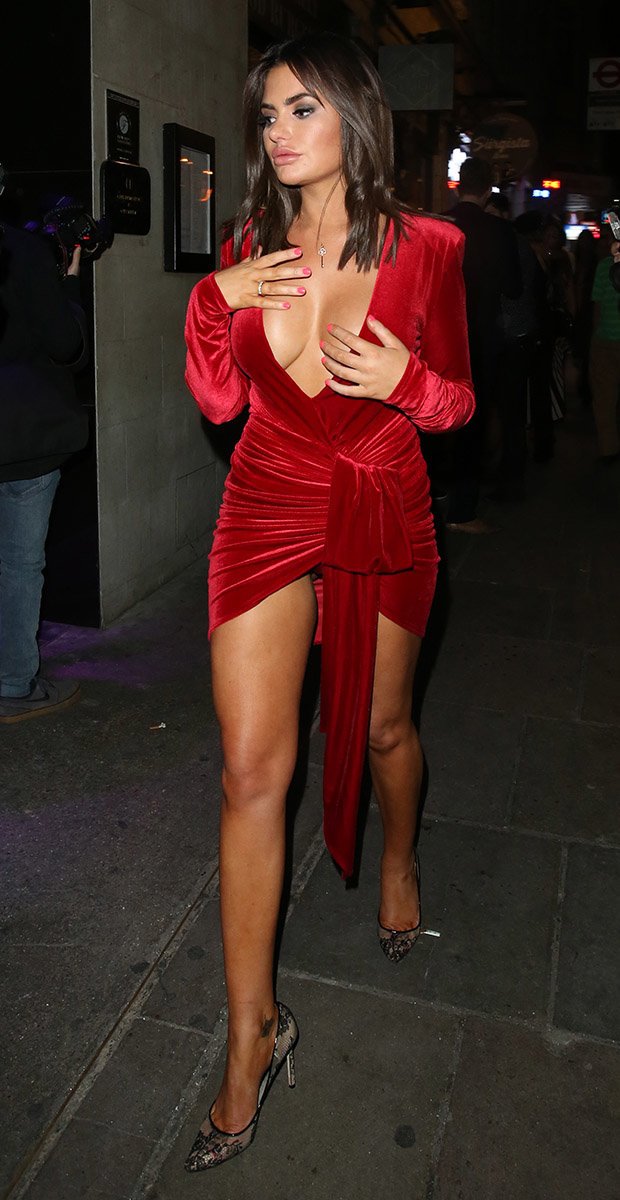