Megan Fox Claps Back At Mean, Awful, People Who Pick On Her Son, 8, For Wearing Dresses

Megan Fox is coming for bullies who make fun of her son Noah for wearing dresses in a moving new interview.

Don’t mess with Megan Fox, 35! The Transformers actress had some choice words for people who have cruelly bullied her son Noah, 8, online for wearing dresses. Megan described the people who write horrible things about her son as “mean, awful people and cruel people” in a July 7 profile with InStyle.

Megan has been open about her son choosing his own outfits. She said that Noah is “really into fashion” during a September 2019 appearance on The Talk. She said at the time that Noah would sometimes choose to wear dresses to school, and unfortunately some of his classmates picked on him for it despite going to a “liberal, hippy school” in California. “He still has little boys going, ‘Boys don’t wear dresses,’ or ‘Boys don’t wear pink,’” she said.

Megan got emotional and cried when she began to talk about her kids in the new profile. The star spoke out about how awful it is for people to write terrible things about her son online for expressing himself, and touched on some of the bullying that Noah has received at school. “I don’t want him to ever have to read that s**t because he hears it from little kids at his own school who are like, ‘Boys don’t wear dresses,’” she said. 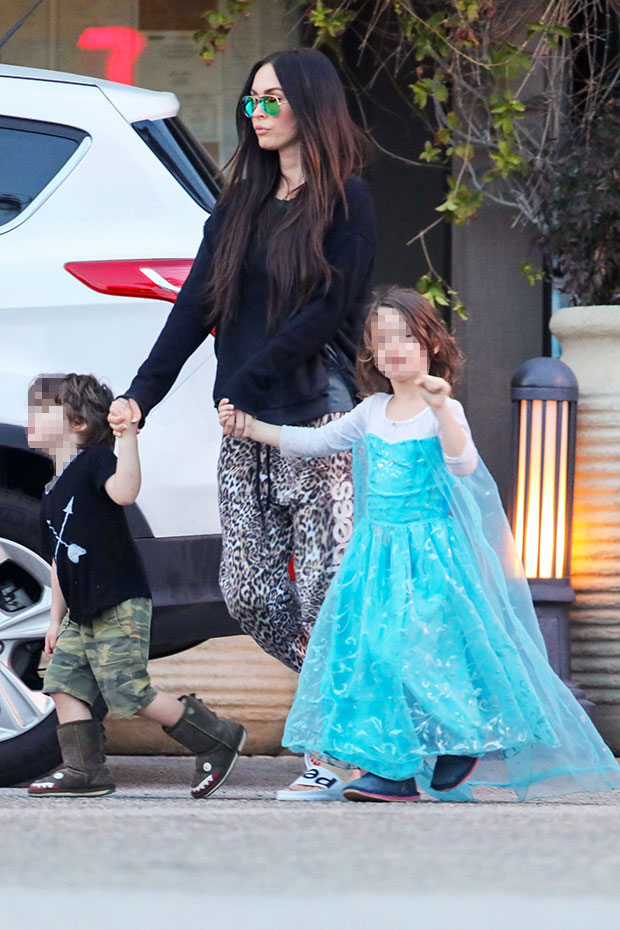 Even though people online and at school have been cruel, Megan has shown that she completely supports her son to wear whatever he wants. Over the years, Noah’s been spotted out and about with Megan and her ex-husband Brian Austin Green, wearing dresses from classic Disney princesses like Elsa from Frozen and Snow White.

Megan touched on a number of subjects throughout the InStyle profile including the incredible reassessment her career has seen recently, the scrutiny she’s faced for dating Machine Gun Kelly (because he’s four years younger than her), and being a mom in the entertainment industry. Megan spoke about the “archaic” mindsets of people who question her when her kids aren’t with her, saying they never ask Brian where the children are when he’s out without them. “[Y]ou don’t expect a dad to be with the kids all the time, but I’m supposed to not be seen and be at home with my kids. They have another parent. I have to leave and sometimes I don’t want them photographed and they don’t come with me,” she said.