Women unite! Meghan Markle’s dogs made a surprise appearance during her intimate chat with Gloria Steinem at home.

Meghan Markle Through the Years

“Meg, welcome home,” Steinem, 86, told Meghan, 39, in a video posted by Makers Women via Instagram on Tuesday, August, 25, before the two women began their discussion about the importance of voting. “I’m so glad that you’re home.”

The California native, who recently bought a home in Montecito, California, with her husband, Prince Harry, looked at ease while chatting with the feminist icon while socially distancing in her garden. 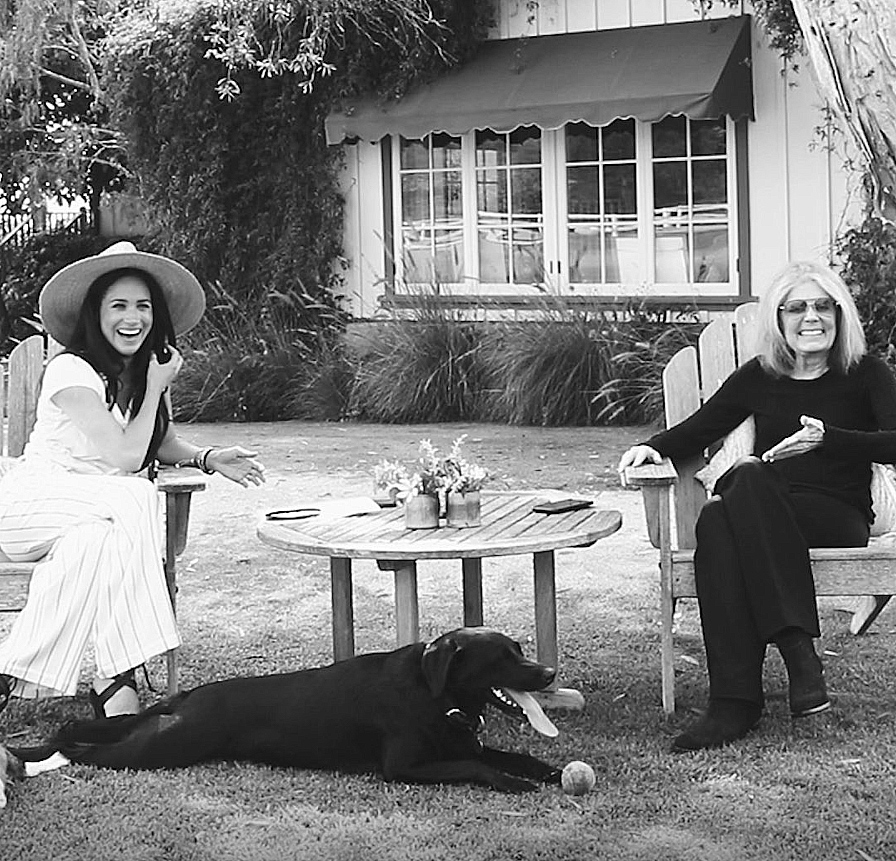 “Thank you,” Meghan replied. “Me too, for so many reasons.”

In the black-and-white video, the two women sat in big chairs outside of Meghan’s home with a wooden table between them.

discuss representation, why each vote matters and how all women “are linked, not ranked.” MAKERS has an exclusive look at that historic backyard chat! ? Q&A to come tomorrow.

Amid the discussion, the former Suits star was interrupted by her and Harry’s pups, Guy and Pula, to which Steinem said “[they] want to be on camera.”

Throughout the candid conversation, the dogs laid by Meghan’s feet as the ladies got real about the future of the U.S. and women’s rights — and need — to make their voices heard.

“People forget how hard women like you and so many others before you fought for us to just be where we are right now,” Meghan told the feminist and author.

Steinem, who has been a political activist for decades, opened up about her stance on the topic adding, “If you don’t vote, you don’t exist. It is the only place we’re all equal, the voting booth.” 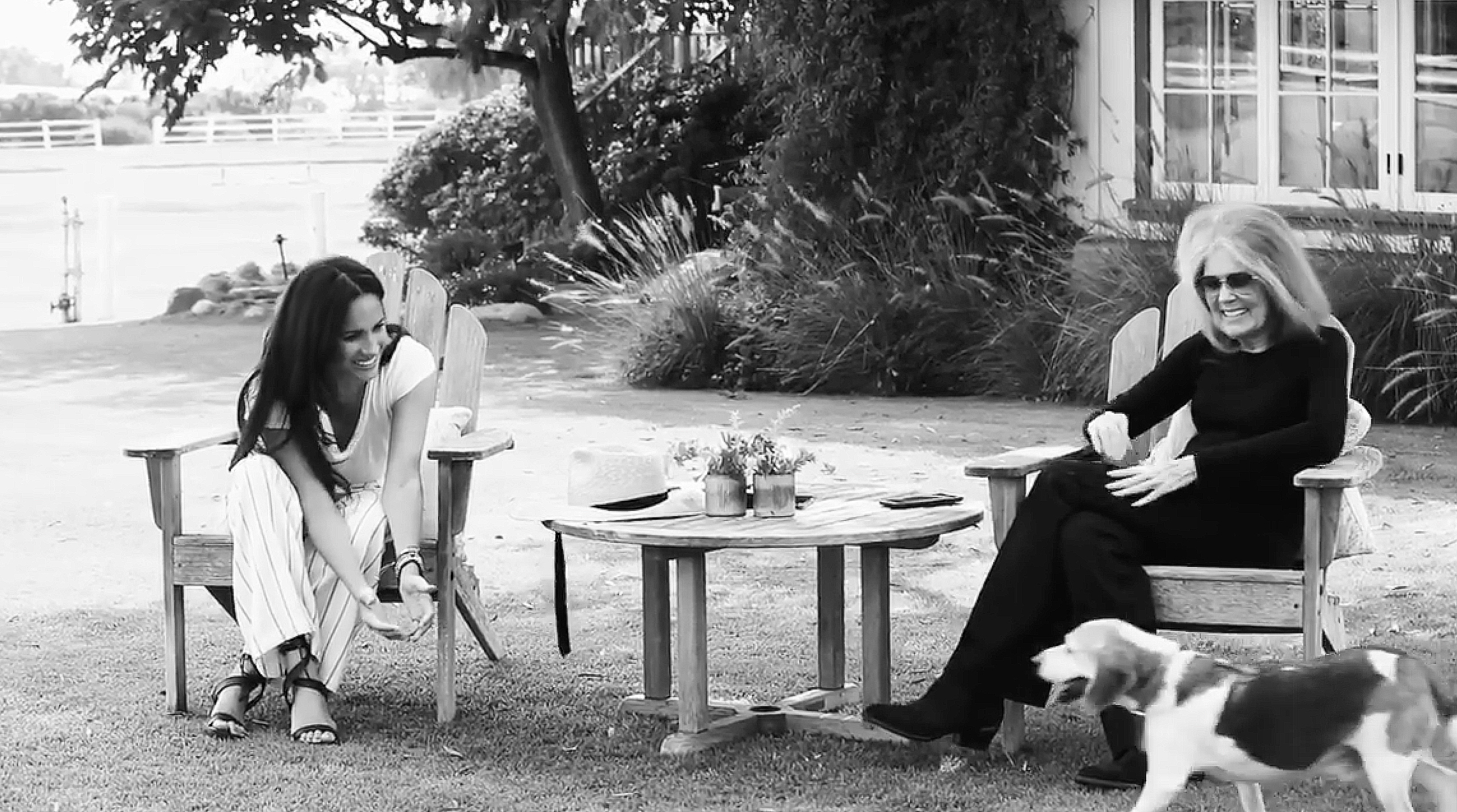 The Ohio native explained that she “worries” that young people won’t cast their ballot in the upcoming election, because “they don’t think they have an impact.” Steinem said that isn’t how new voters should approach it.

Steinem added: “I just want to say that movements are families, it’s no sacrifice. I get to do what I love and care about every day of my life, how great is that?”

Earlier in the month, the former actress spoke out ahead of the 2020 election and urged her followers to do their part and vote.

“When I think about voting and why this is so exceptionally important for all of us, I would frame it as, we vote to honor those who came before us and to protect those who will come after us,” Meghan said during the virtual When All Women Vote #CouchParty on Thursday, August 20. “Because that’s what community is all about. And that’s specifically what this election is all about.”

Meghan has been vocal about the power of voting since she relocated to Los Angeles with Harry, 35, and their 15-month-old son, Archie, following their royal step back earlier this year.

“It’s something that I look forward to being a part of,” Meghan said during an August interview with The 19th’s Emily Ramshaw of participating in politics and the Black Lives Matter movement. “And being a part of using my voice in a way that I haven’t been able to of late. So, yeah, it’s good to be home.”

The full conversation between Meghan and Steinem will be released on Wednesday by Makers Women along with a Q&A.