Melania Trump had plenty of people talking when she wore a jacket with the words “I Really Don’t Care, Do U?” scrawled on the back before meeting with immigrant children at the Texas border on Thursday, June 21. 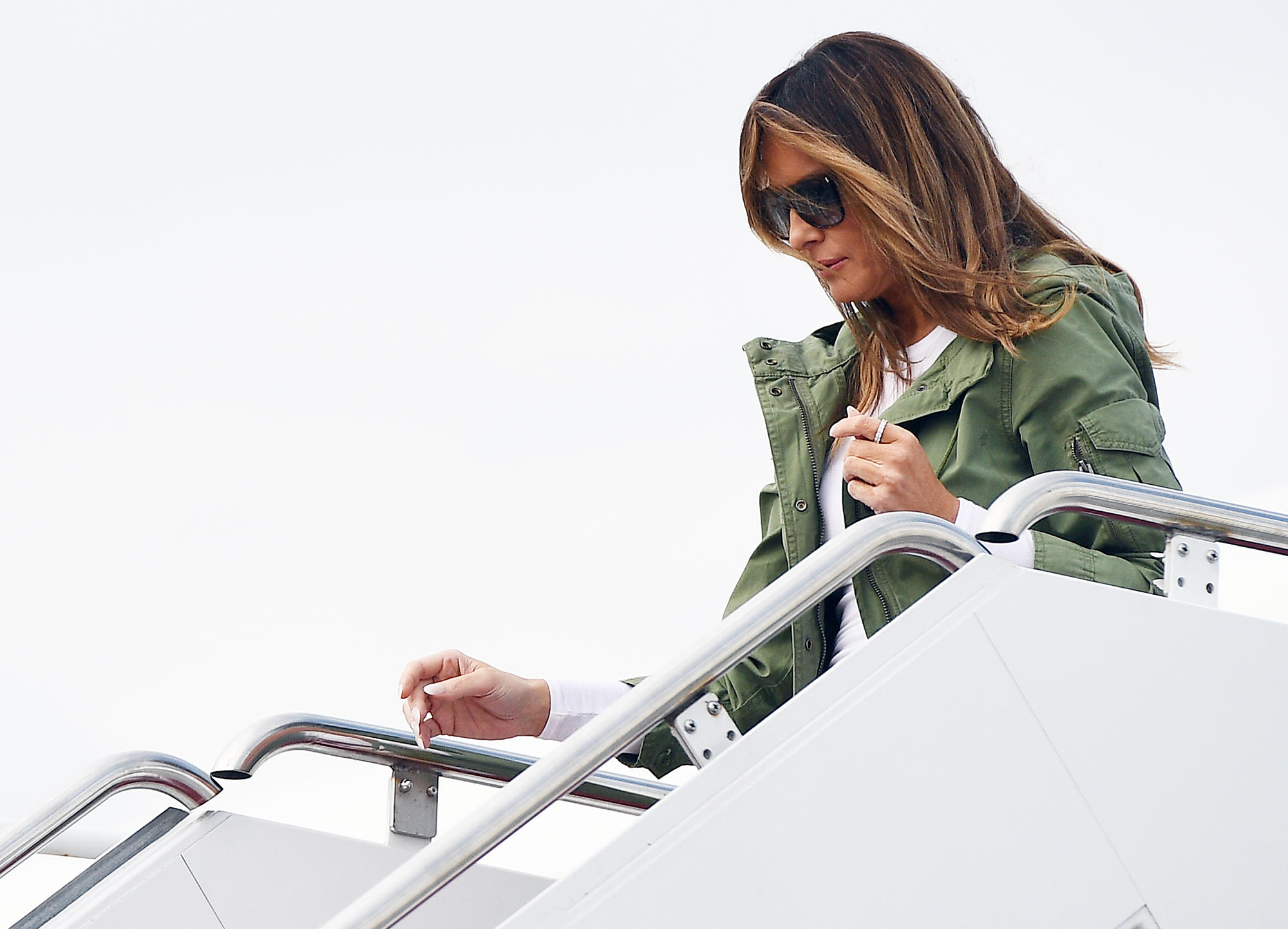 The first lady, 48, wore the $39 green Zara military jacket as she boarded an airplane at Andrews Air Force Base in Maryland for an unannounced visit to Upbring New Hope Children’s Shelter in McAllen, Texas. Though she changed into a cream-colored coat before going to the shelter, she put it back on when she returned to Washington, D.C., later in the day. Celebrities were quick to point out the unfortunate sartorial choice on social media and on TV.

“In the middle of the worst moral scandal in recent memory, so bad that her husband, [President Donald Trump], backed down for the first time, people who were supposedly on her side let her get on a plane with a jacket that said, ‘I Really Don’t Care, Do U?’ For the record: We do,” Stephen Colbert said on The Late Show With Stephen Colbert. 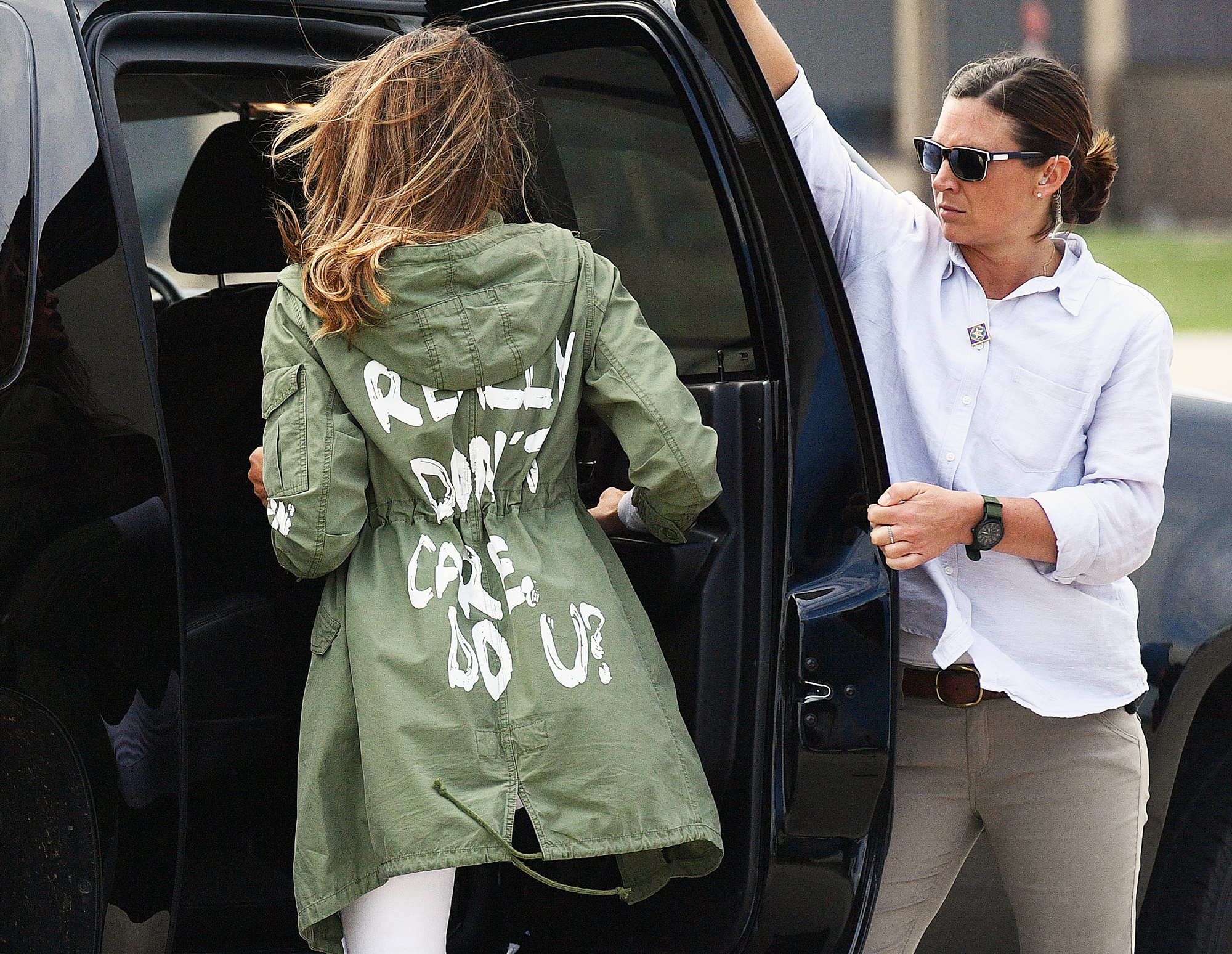 Jimmy Fallon said during his monologue on The Tonight Show Starring Jimmy Fallon, “Nobody really knows what it means or if it means anything at all. Meanwhile, Trump’s going through his closet like, ‘Where is it? Where’s my coat?’”

Over on Twitter, Jane Lynch wrote, “Is @FLOTUS so unfamiliar with English that she doesn’t know what the back of her jacket today says? That her initiative #BeBest is grammatically incorrect? Is there NO ONE ON HER STAFF to help her with these things?”

Chelsea Handler echoed, “The hypocrisy of @FLOTUS going down to the border to speak broken English to our refugees in that dumb jacket is a little hard to swallow. For all the trump supporters who defend her by saying she speaks five languages—English isn’t one of them.”

The former model’s press secretary Stephanie Grisham responded to the backlash in a statement to Us Weekly on Thursday afternoon. “It’s a jacket. There was no hidden message,” she said. “After today’s important visit to Texas, I hope the media isn’t going to choose to focus on her wardrobe (much like her high heels last year [in Texas while helping Hurricane Harvey survivors]).”

The president, 72, later claimed on Twitter, “‘I REALLY DON’T CARE, DO U?’ written on the back of Melania’s jacket, refers to the Fake News Media. Melania has learned how dishonest they are, and she truly no longer cares!”