Michael Avenatti, Stormy Daniels’ lawyer who recently inserted himself into the ongoing court battle against R. Kelly, has found himself in legal trouble of his own after federal investigators arrested him Monday on charges of extortion.

According to the Federal Bureau of Investigation’s complaint against Avenatti, filed Monday into the Southern District of New York, the lawyer is accused of attempting to extort between $1.5 to $25 million from Nike.

Avenatti allegedly used the backdrop of March Madness, NCAA’s biggest basketball event, as a means to shake down Nike using one of his clients, an unnamed high school-level basketball coach who allegedly had a contract with Nike and — as uncovered in the federal investigation against Adidas — potentially (and illegally) helped guide college-bound prospects to Nike-affiliated schools. A co-conspirator in the complaint has been identified by the Wall Street Journal as celebrity lawyer Mark Geragos, who has connections to Nike through his representation of Colin Kaepernick, a spokesperson for the brand.

The complaint states that Avenatti first attempted to get Nike to give him and his client $1.5 million to delay a press conference he had planned for the eve of March Madness where he would reveal Nike’s association with his client. Avenatti’s alleged demands included that he and Geragos oversee an in-house investigation over Nike’s practices, to the tune of several million dollars.

Nike’s lawyers, who by that time had involved the feds, continued their negotiations with Avenatti, who allegedly threatened the sportswear giant if they didn’t comply.

“I’ll go take 10 billion dollars off your client’s market cap,” Avenatti warned Nike’s lawyers, according to the complaint. “I’m not fucking around.” 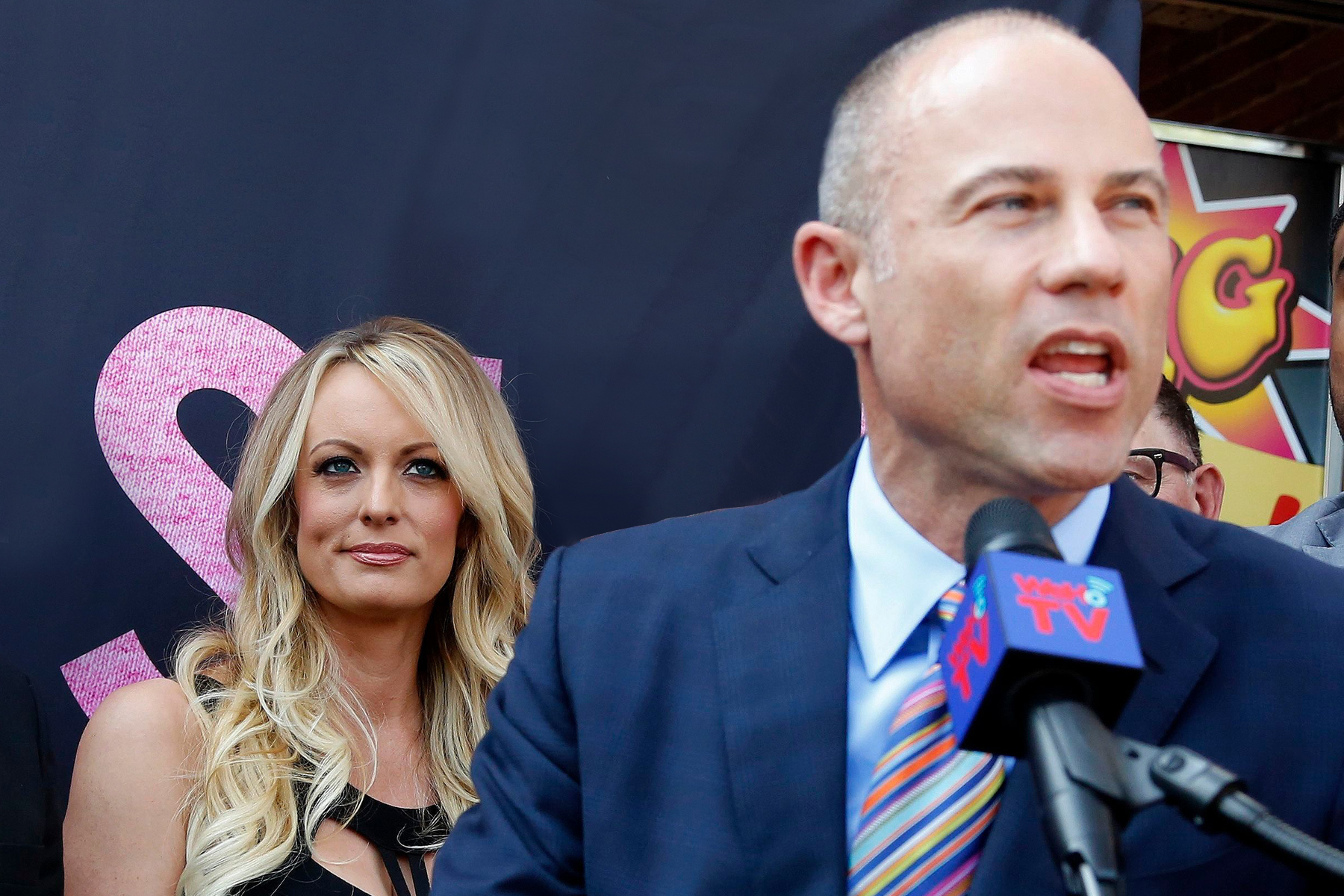 Amid negotiations, Avenatti offered Nike a $22.5 million deal where his client would “ride off into the sunset… full confidentiality.”

The complaint reads, “Avenatti stated that he would refrain from holding the press conference and harming Nike only if Nike made a payment of $1.5 million to a client of Avenatti’s in possession of information damaging to Nike … and agreed to ‘retain’ Avenatti and [the co-conspirator] to conduct an ‘internal investigation’ — an investigation that Nike did not request, for which Avenatti and [the co-conspirator] demanded to be paid, at a minimum, between $15 [million] and $25 million.”

Avenatti was arrested hours after he tweeted a warning to Nike:

“Nike will not be extorted or hide information that is relevant to a government investigation,” Nike said in a statement Monday. “Nike has been cooperating with the government’s investigation into NCAA basketball for over a year. When Nike became aware of this matter, Nike immediately reported it to federal prosecutors. When Mr. Avenatti attempted to extort Nike over this matter, Nike with the assistance of outside counsel at Boies Schiller Flexner, aided the investigation. Nike firmly believes in ethical and fair play, both in business and sports, and will continue to assist the prosecutors.”

In addition to the extortion charges, in a separate case, prosecutors in Los Angeles charged Avenatti with wire fraud and bank fraud stemming from alleged attempts to pay off his own debts by embezzling his clients’ money. IRS agents also accused Avenatti of using bogus tax returns to secure bank loans. On the California charges alone, Avenatti faces 50 years in prison if found guilty.

Nick Hanna, U.S. attorney for the Central District of California, said at a press conference that the Los Angeles charges are “a series of allegations that paint an ugly picture of lawless conduct and greed.” Hanna added that Avenatti is “a corrupt lawyer who instead fights for his own selfish interests by misappropriating close to a million dollars that rightfully belonged to one of his clients.”

Avenatti did not respond to Rolling Stone‘s request for comment at press time. However, his most notable client, Stormy Daniels, issued a statement after Avenatti’s arrest: