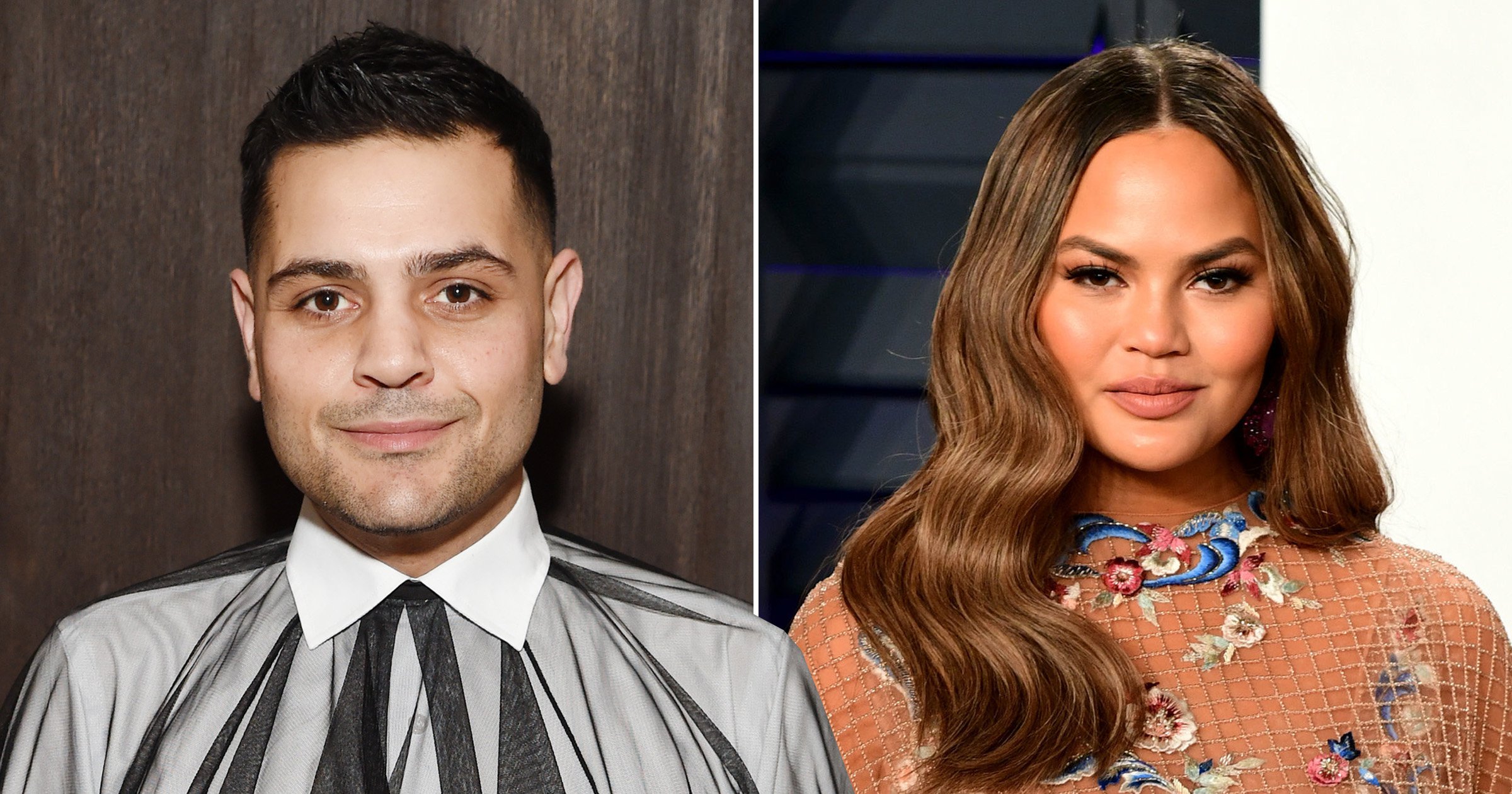 Michael Costello has responded to Chrissy Teigen’s statement claiming he faked DMs from her, saying her denial ‘proves that she is the same bully she always has been.’

The designer, 38, had taken to Instagram earlier in the week to claim Chrissy, 35, had tried to blacklist him from the fashion community after accusing him of being racist, sharing screenshots of DMs he claimed she had sent.

Chrissy responded on Twitter on Friday, telling her followers: ‘No idea what the f**k Michael Costello is doing. He just released a statement where he didn’t at ALL acknowledge how fake the dm’s were, & now claims to have emails that don’t exist.

‘So while he conjures those up (hopefully with someone more talented in fakes this time), here:’ as she added a lengthy statement across four pages, sharing her ‘surprise and disappointment’ by his actions.

Michael has responded to her latest post, telling his followers it will be the last time he addresses the matter.

He wrote: ‘The fact that Chrissy Teigen and her crisis team are working so hard, so strategically to come out against the DMs she sent me, and to downplay the comments she publicly posted on my Instagram, only proves that she is the same bully she always has been, despite her fake apology to the public.

‘I’ll say this again. Chrissy Teigen has gone out of her way to close doors to my career by making calls, sending texts, telling colleagues and companies that if I were attached to a project that she would not work with them. I have receipts of emails and confirmations from these individuals and companies.’

Michael added: ‘This will be the last statement I am going to make. This has been like a nightmare, not just for me, but for my family. I apologize to everyone else involved in this messy situation, and I apologize for all the stress and trauma it has caused.

‘Much damage has been done on both sides. Everyone is hurting. It is a messy situation for everyone. But I spoke the truth and I have nothing left to say and nothing left in me to keep fighting against her.

‘Moving forward, I am taking a break from social media for my mental health. I hope everyone can respect my privacy, my decision. I won’t be commenting further.’

Chrissy had admitted she commented on his Instagram after he was accused of making a racist remark, but says she deleted it after Michael claimed the comment was Photoshopped.

She also denied ‘conspiring’ with anyone to affect Michael’s career and claimed the pair had had a ‘cordial relationship’ in recent years.

Chrissy did however post public apologies for past tweets she had sent other stars, admitting to being a ‘troll’ in the past but vowing to be better.