Mike Bushell took part in Strictly Come Dancing last year and his weight loss as a result has been well documented. But now his wife Emily Bushell has revealed why she is not happy with his newfound fitness levels.

Bl**dy Strictly – this has to stop, Mike Bushell!

The 54-year-old’s spouse took to Twitter today to explain why his appearance on the BBC show has brought out her competitive streak.

The BBC Breakfast went on to hint that the pair had previously confused onlookers, following their wedding last year.

Emily at first tweeted her 1,000 followers saying she and her famous spouse had been out running together.

However she seemingly ranted in jest: “First run in around 4 months and @mikebreakfast out ran me.” 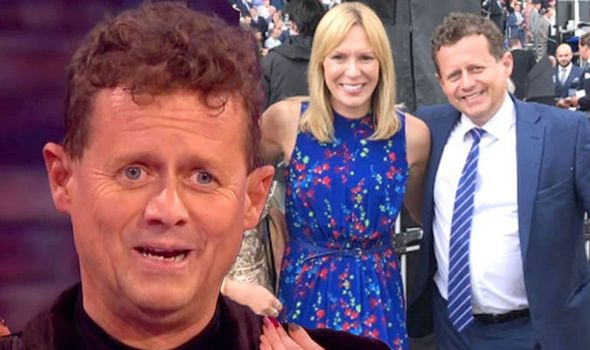 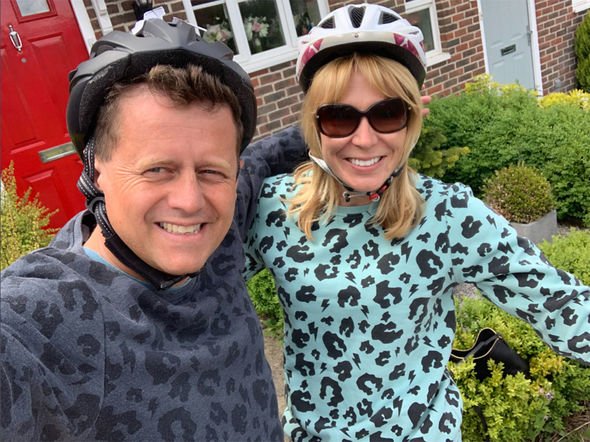 She then lamented: “Bl**dy Strictly – this has to stop!”

Mike then replied: “At least for once no one thought you were my personal trainer. You’ll soon be whipping my tail again soon but just shows the power of dancing.”

Author Andy Griffee also told her: “Tell him to stay in with a good book Emily,” and Mike then stated: “Aw yes Andy.

“One of my new year resolutions to read the exciting looking #canalpushers it’s still by my bed but no time it seems over Christmas. Happy new year.” 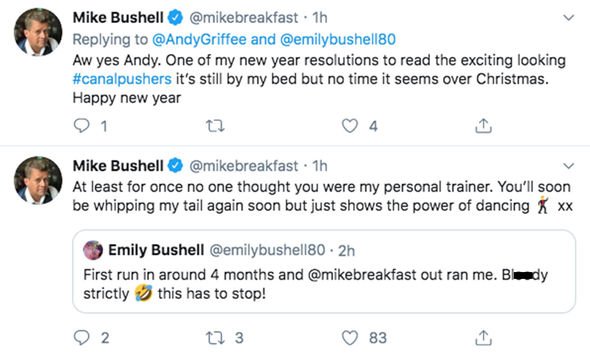 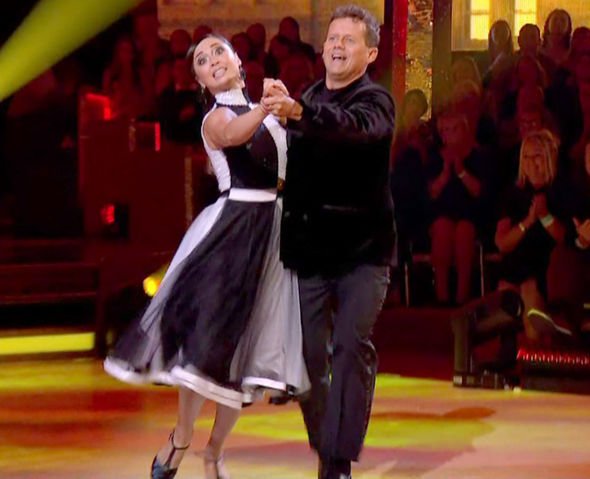 He was teamed with professional dancer Katya Jones for the competition, who has previously danced with the likes of Ed Balls and Seann Walsh.

The duo impressed the judges and viewers alike and remained on the show until they became the seventh couple to get the boot.

However, there will be no let up for Emily just yet as he is currently gearing up for the Strictly tour this month.

He and Katya, 30, will join a number of other stars from the latest run for a whole host of live performance.

The group will kick off in Birmingham on January 16, before moving onto Aberdeen and Leeds.

The Strictly favourites will then also visit the likes of Manchester, Dublin and Glasgow before finishing in London on February 9.

Yesterday, Mike was reunited with Katya as they shot promotional images as he continues his unpaid leave from BBC Breakfast.

He tweeted his own 55,000 fans: “And so it begins. @SCD_Live_Tour back with the dancing shoes today and the amazing @Mrs_katjones for the start of the #strictly tour.

“First up joining @AasmahMir and team on @BBCRadio4 #saturdaylive and then chat with #lovesunday magazine time to start dancing again.”

He had also gushed about 2019 winner Kelvin Fletcher and new partner Janette Manrara on the micro-blogging site, after she posted: “First day together! So excited to be dancing w/ @kelvin_fletcher on the @bbcstrictly #LiveTour!