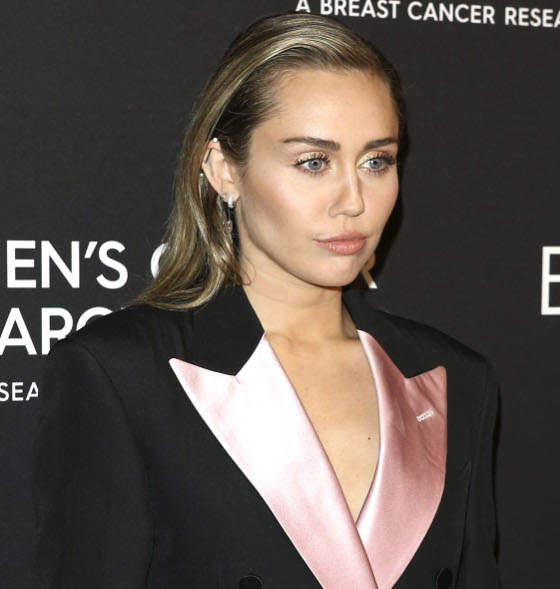 Well, it’s taken her two years, but Miley Cyrus has finally enacted her revenge on Bono for saying music is “too girly” these days. Miley came hard for all that Bono holds dear by marching her ass out to the desert and grinding her slimy girly parts all over one of his precious Joshua trees. But don’t worry, she wore protection (in the form of a head-to-toe, floral bodysuit). Suck it Bono! Sadly, in the time it took Bono to find his cheaters so he could get a good look at Miley’s retort (they were on top of his head), other people, including a spokesperson for the Joshua Tree National Park, took the time to let Miley know that bumping and grinding on protected plants was not the way.

It seems, like Justin Bieber before her, Miley is dead set in her dedication to abetting the destruction of public lands. Despite pleas for her to remove the photos lest she encourage her legions of fans to pack up their Mad Max V8 Interceptors with their Burning Man kits and tear off into the desert to play dress up in some fragile Joshua trees, Miley simply turned the comments off on those two posts. According to The Desert Sun:

In a statement from the Mojave Desert Land Trust, Executive Director Geary Hund said Joshua trees have a shallow root system and that additional weight can damage tree branches.

“We ask that Miley Cyrus consider her status as a public figure and remove this photo from her social media accounts in order to educate others and to prevent potential damage to Joshua trees,” Hund wrote.

“I admire Miley Cyrus so much but, as a community, the people of Joshua Tree have tried so hard to educate the general public about the desert and Joshua trees, specifically and this just feels like a monumental setback,” said Susan Burnett, who manages Mojave Sands hotel in downtown Joshua Tree.

“There is no way to erase the idea her image presents that climbing these endangered plants is cool. I’m counting on her to help make this right and use her platform to help us preserve these ancient beauties,” she added.

It’s unclear whether Cyrus took the photo from a tree in San Bernardino County or Joshua Tree National Park. Nevertheless, the trees are protected in the park, Mojave National Preserve and in several city and county ordinances.

“We would just remind her that she has a big following, people watch what she does, and it would be greatly appreciated by the Park Service and the people around the area if she would maybe curb that type of activity, especially posting it on her social media page.”

Too bad Miley looks SO COOL up there. If these pictures were silly or ridiculous in any way, it would hardly be worth the potential, permanent damage her actions might cause.