‘Our sex life was non-existent – it was not part of our relationship ‘: Molly Mae-Hague gives an intimate insight into her life with Tommy Fury as she battled ‘excruciating’ endometriosis

Molly-Mae Hague has given a very honest account of how her love life with boyfriend Tommy Fury dwindled during her battle with ‘excruciating’ endometriosis.

The reality star and entrepreneur, 23, wrote about her struggle in her new book, Becoming Molly-Mae, and said that some of her health issues reared their head once she had started seeing Tommy, also 23.

Endometriosis causes tissue similar to the lining of the uterus to grow in different organs around the body. 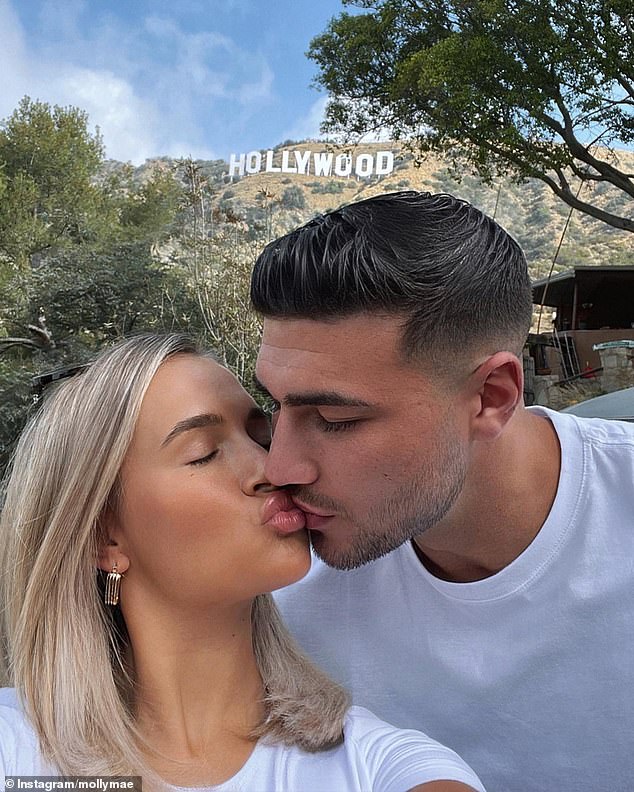 ‘Our sex life was non-existent – it was not part of our relationship ‘: Molly Mae-Hague has given an intimate insight into her life with Tommy Fury as she battled ‘excruciating’ endometriosis

Tissue build-up can be in minimal but in the most painful severe cases it can cause scarring that fuses organs together because of the time it takes for the cells to leave the body after they thicken during the menstrual cycle.

Molly-Mae, who signed copies of her book in the Trafford Centre on Monday, wrote: ‘Before I was with Tommy, I wasn’t really having sex, so I didn’t really think there were any problems other than my period pains.’

But she said: ‘I was suffering horrendous pain – literally feeling like I’d been stabbed in the stomach  – just awful. And it was causing me so many issues. 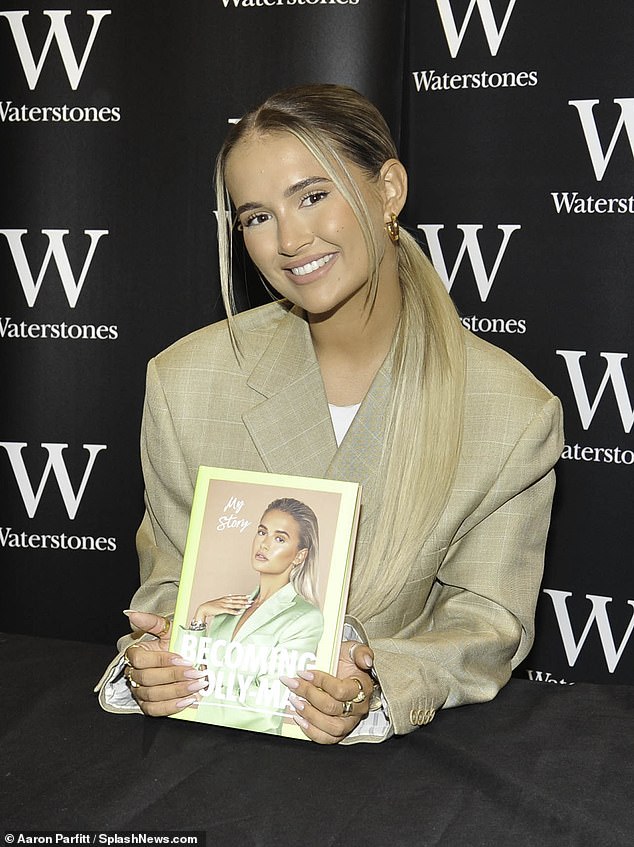 Helping others: The reality star and entrepreneur, 23, wrote about her struggle in her new book, Becoming Molly-Mae – pictured at the Waterstone’s Trafford Centre on Monday 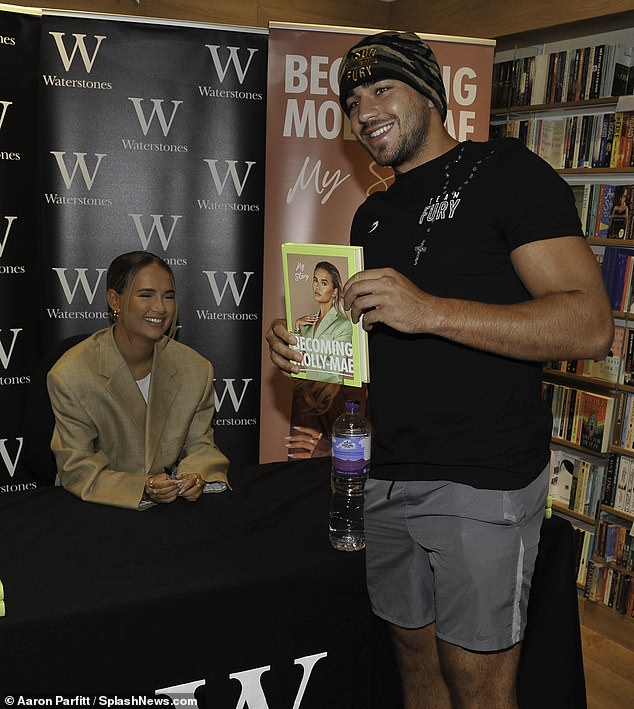 Giggling: Of course, her devoted boyfriend, who she met on Love Island in 2019, was also on hand to lend his support 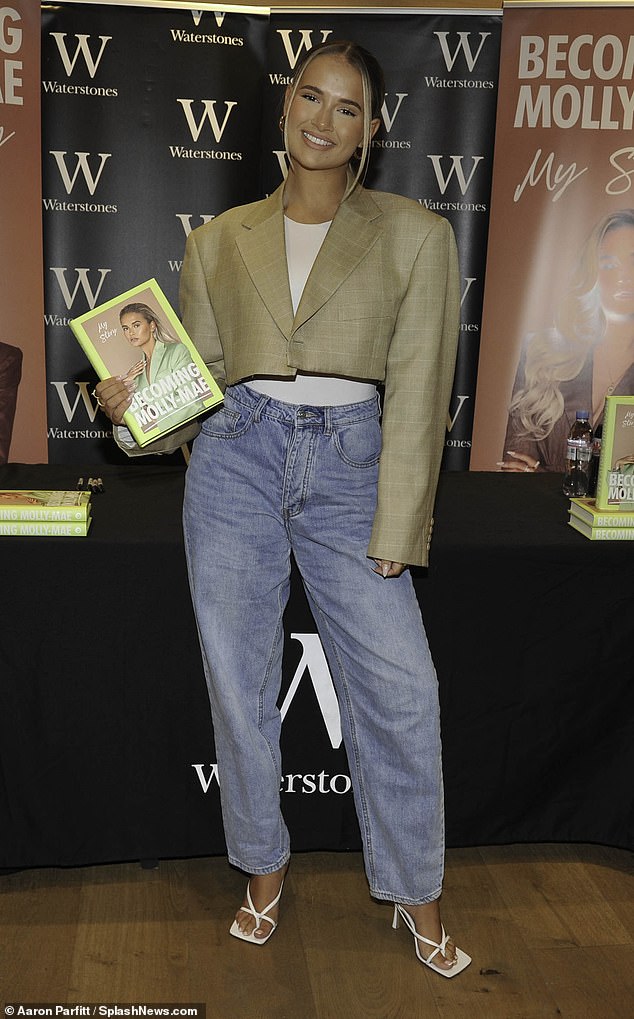 PrettyLittleThing: Molly looked cool in oversized jeans and a blazer worn with heels

‘Big TMI! But my sex life just became non-existent: it was just not part of our relationship.’

Back in March, Molly-Mae admitted she thought she would die and has nearly called an ambulance multiple times during her periods.

The influencer explained how she found nights particularly difficult, and was fearful she ‘wouldn’t wake up’ due to the excruciating pain.

She said: ‘I have actually nearly called myself an ambulance on multiple occasions because of the level of pain that I was in.

‘It got so bad, I would be rolling in bed and I would actually be fearful for my life, thinking for my body to be in this much agonising pain, what is it going through?

‘I literally used to lie there and think, “Am I going to see tomorrow morning?” I genuinely used to be in that much pain that I was fearful I wouldn’t wake up in the morning. It was so so horrendous.’

The former Love Islander first spoke of her diagnosis last year and has bravely shown scars from operations she’s undergone to ease her symptoms. 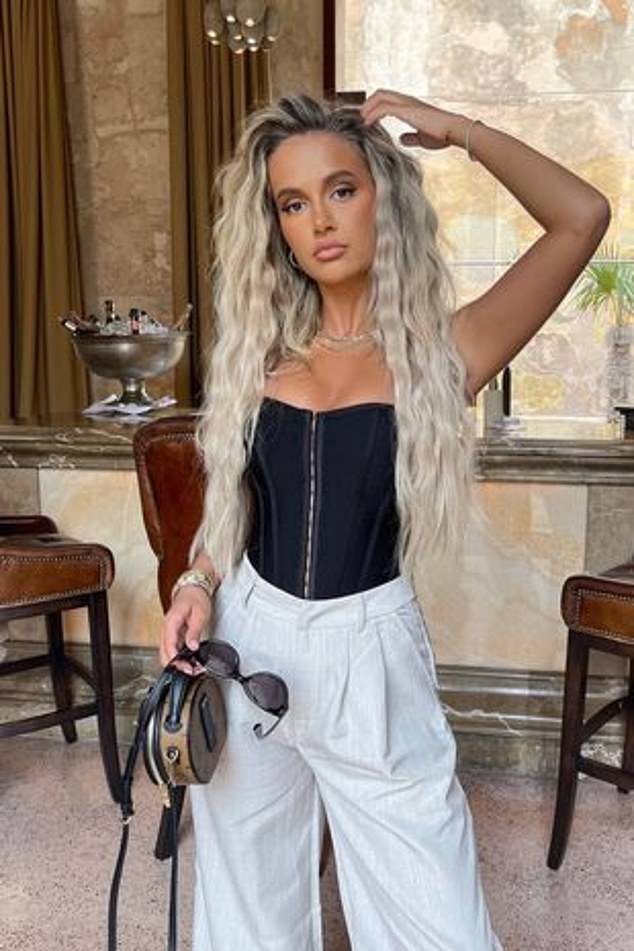 Getting there: The former Love Islander first spoke of her diagnosis last year and has bravely shown scars from operations she’s undergone to ease her symptoms

What is endometriosis? How the disorder results in pelvic pain and internal scarring

Endometriosis is an often painful disorder in which tissue similar to the lining of the uterus — the endometrium — grows outside the uterus.

It most commonly affects the ovaries, fallopian tubes, and the tissue lining the pelvis.

The primary symptom of endometriosis is pelvic pain, although many women also experience cramping during their menstrual cycle.

Often misdiagnosed, many women only discover they have the condition during infertility treatment.

Approximately half of women diagnosed with endometriosis have difficulty getting pregnant.

While studies about the link between endometriosis and miscarriages are still ongoing, newer research suggests that the condition can leave sufferers at greater risk of having a miscarriage.