Keeping your nasty, bare feet off the airplane seat in front of you should not have to be a life lesson.

But that thought sadly led to a learning moment for the man sitting near Conan O’Brien sidekick Andy Richter on a recent flight.

The never-named passenger kept airing out his dogs on the seat and TV screen in front of him, grossing everyone out.

Richter went off with a series of NSFW and completely unsanitary tweets.

We’ll sum them up: Richter didn’t want trouble when the guy kicked off his sneakers and took the offensive foot positioning where everyone had to deal/smell/look at them. But Richter did alert the flight attendant, who told the guy to take ’em down.

But the passenger put them back a few minutes later, framing his own TV screen with his feet. So Richter stepped in.

The flight attendant came back right before we got off and asked him to take them down again. Guy did and asked “is that like a just-when-taxiing thing?” Attendant: “no, it’s a basic airplane courtesy thing.” Guy seemed surprised to hear that

“I asked him to put them down. ‘They’re your bare feet, man,’ ” Richter recalled on Twitter with a picture of the bi-pedal affront. “He was shocked & put them down.”

When the feet went up again, Richter said forget it (not those words). He was going to tweet about it.

When the plane landed and was taxiing to the gate, the flight attendant came to the barefoot bandit and again asked him to take his feet down.

“(The) guy did and asked ‘is that like a just-when-taxiing thing?’ Attendant: ‘No, it’s a basic airplane courtesy thing.’ Guy seemed surprised to hear that,” wrote Richter.

Here’s the capper. As they got off the plane, Richter had a look at the seatback upon which the offending toes had once rested. 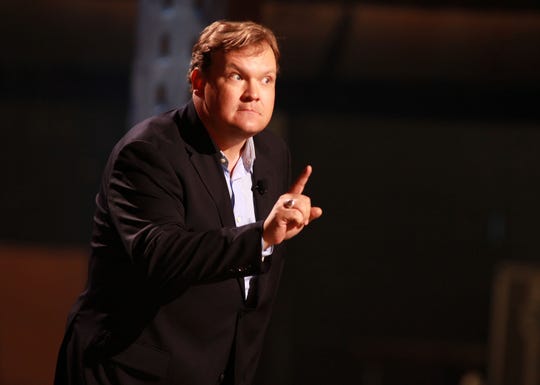 “There were dirty toes smudges where his feet were. I am not exaggerating,” Richter wrote. “You could see the outline of his big toe, etc.”

MSNBC host Joy Reid was grossed out reading all of this, but weighed in with some useful travel tips.

“Why a packet of alcohol wipes are an airplane essential,” Reid tweeted. “Don’t touch that TV til you’ve used one if you don’t want nasty-feet-hand!”