Natalie Roser busts out in a skimpy bikini in Bali

So hot, she needed to cool down! Maxim model Natalie Roser busts out in a skimpy bikini as she strikes a pose in racy swimsuit shoot

And Natalie Roser showed exactly why she’s become such a famous model in a recent swimsuit shoot with photographer Glen Krohn.

The 29-year-old struggled to contain her assets in a revealing bikini top as she posed on a picturesque beach in Bali. 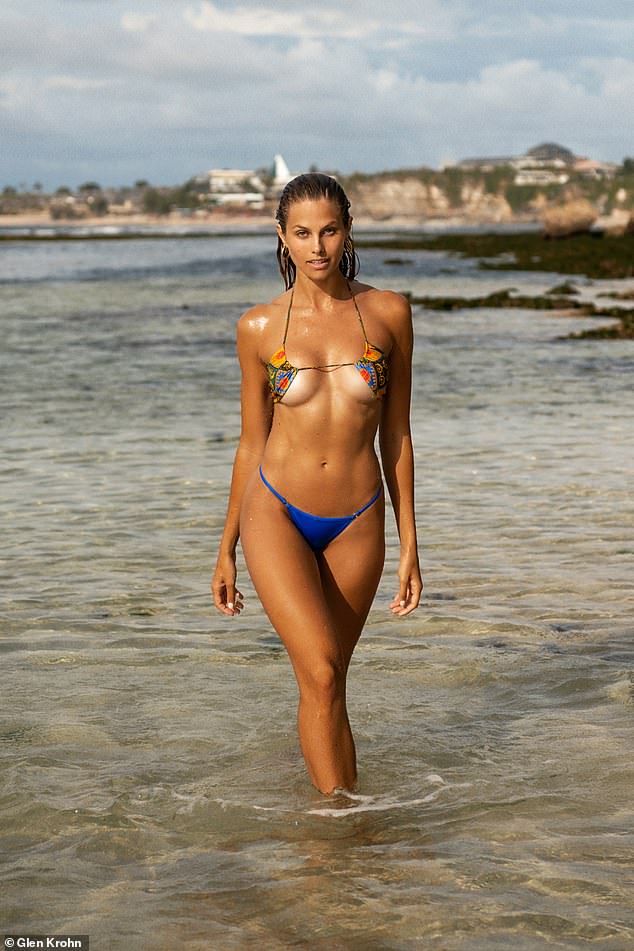 In another image, she went completely topless with nothing but a yellow scarf to protect her modesty.

Back in February, Natalie told The Sunday Telegraph’s Confidential that she feels grateful to have started her modelling career in Australia, as opposed to New York or Paris.

‘I’m pretty lucky, I’m supported with my body shape and my size [in Australia],’ the 29-year-old said. 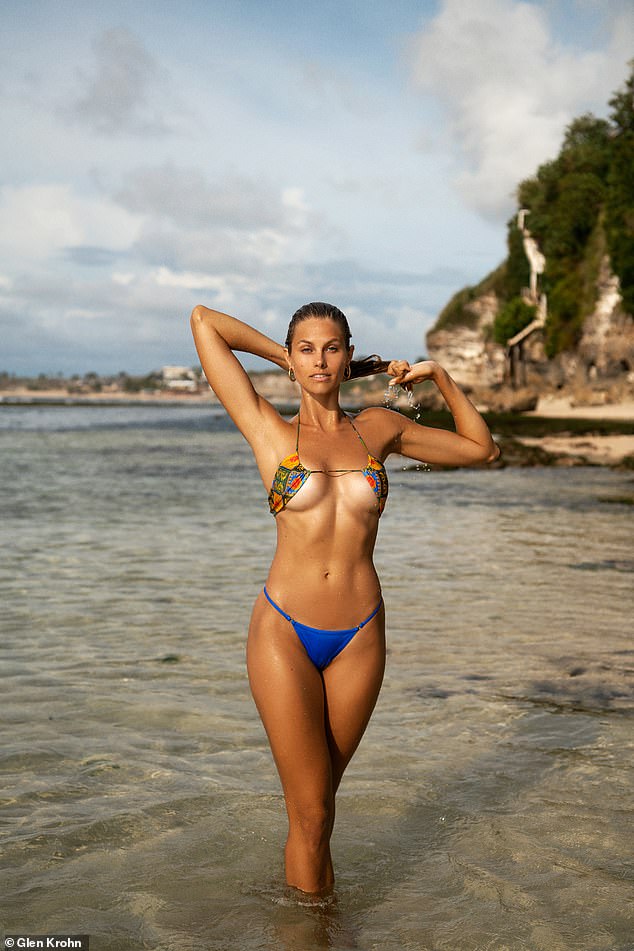 Busting out! The 29-year-old struggled to contain her assets in a revealing bikini top as she posed on a picturesque beach in Bali

‘Having Australia as my introduction into the modelling industry was so much luckier than if I was to start out in New York or Paris,’ she continued.

‘I think as the industry has grown, it is gravitating towards a healthy shape.’

Natalie, who relocated from Sydney to Los Angeles several years ago to further her modelling career, landed an endorsement deal with US label Guess in November.

At the time, Natalie took to Instagram to open up about her new role. 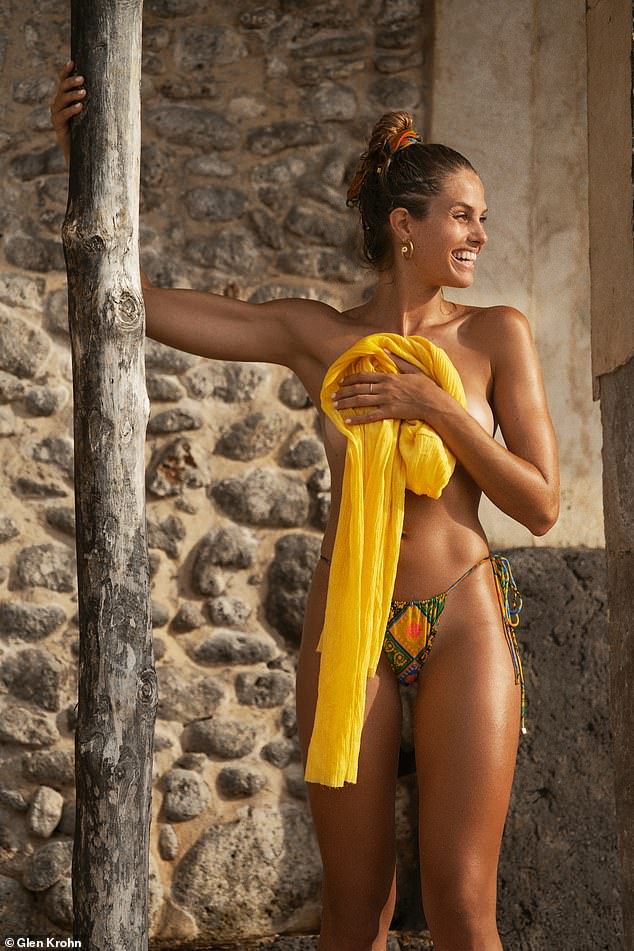 Dare to bare! In another image, she went completely topless with nothing but a yellow scarf to protect her modesty

‘If I told 13-year-old me when I started modelling that one day, when she grew up and became a woman that she would be a #GuessGirl, I honestly would not have believed it,’ she wrote.

‘A dream that seemed so far out of reach has become reality. So much love and thanks to Paul Marciano for believing in me and teaming me up with the creative force behind this campaign. I’m so, so, so happy!’

Having previously shot campaigns for the likes of Speedo and Just Jeans, Natalie is now a regular fixture at Miami Swim Week. 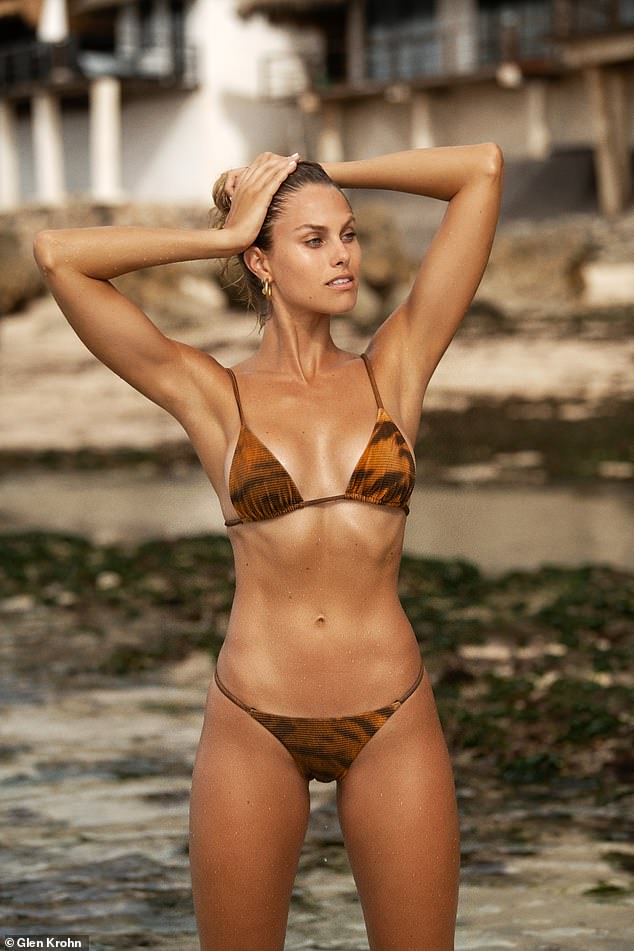 Toned and tanned! The 29-year-old proudly flaunted her incredible physique in a bikini 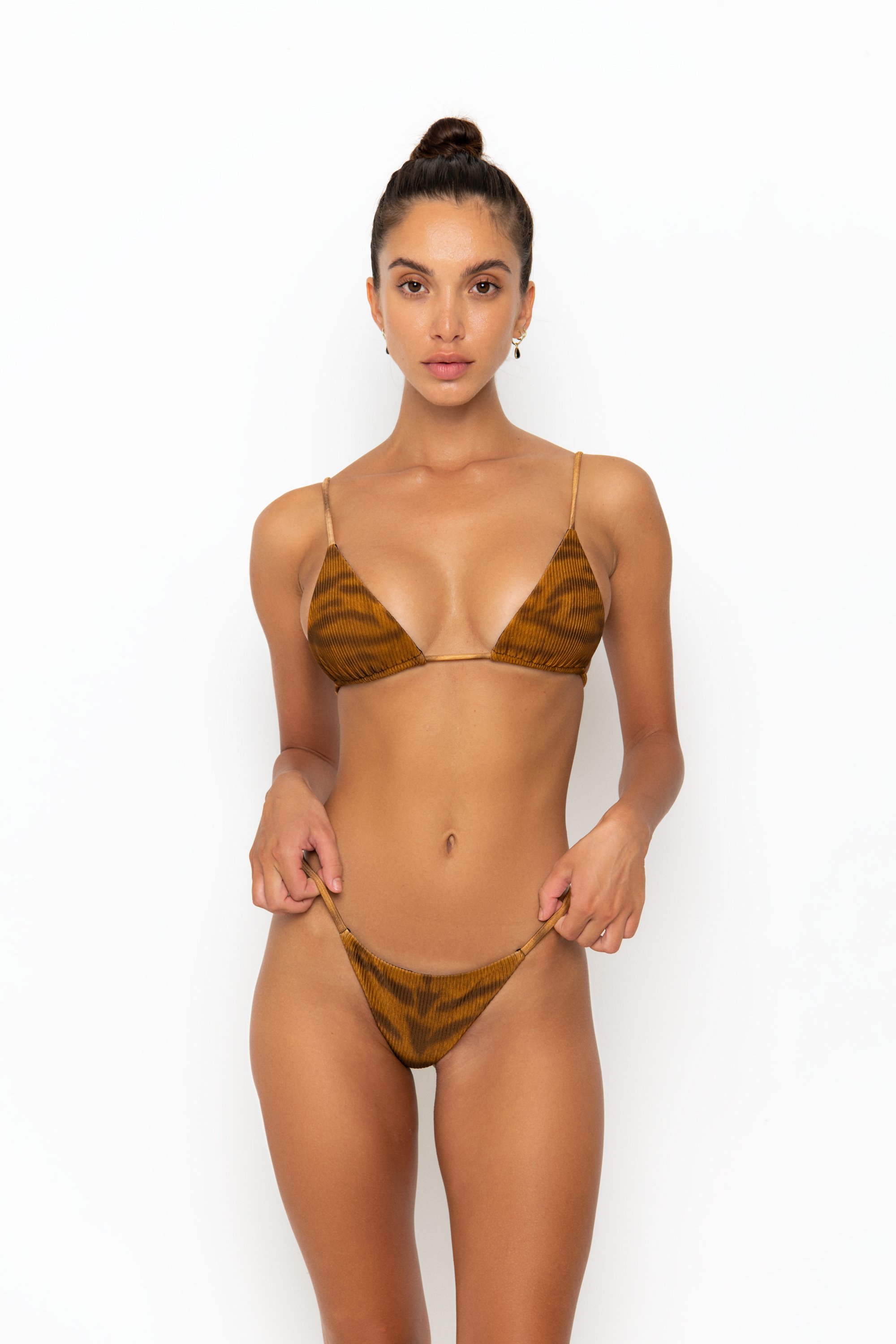 Despite the pressures that come with looking good in a bikini, the stunner takes a more relaxed approach to her diet.

Natalie previously told Daily Mail Australia that she once became ill and depressed after quitting sugar and carbs in a bid to lose weight.

‘I went off sugar and got really confused and felt sick and depressed,’ she said.

‘I cut out all fruits, all carbs, I don’t know what I was doing – it was nuts. I actually don’t remember what I ate, I kind of blocked it all out.’ 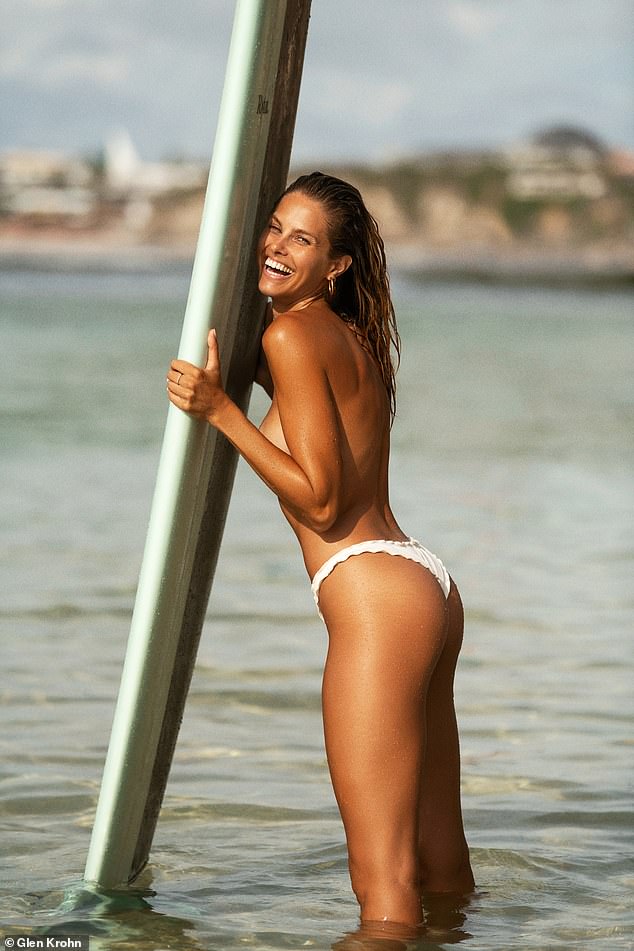 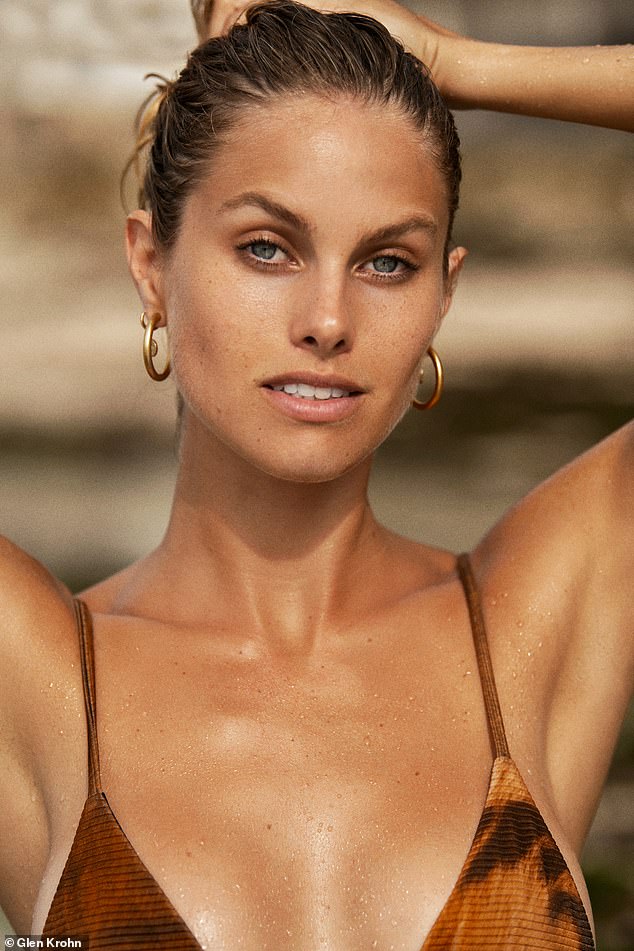 Supermodel stare: Natalie worked the camera with her charismatic gaze