Midwife Crisis! Netflix wants to snatch Call The Midwife from the BBC as the streaming giant tries to tempt creator Heidi Thomas with more than eight episodes per series

It is one of the BBC’s biggest shows, attracting more than eight million viewers each week.

Now the success of Call The Midwife has attracted the attention of Netflix executives who want to poach the period drama for their subscribers, The Mail on Sunday can reveal.

Bosses at the streaming service hope that their big budgets, and willingness to commission more than the eight episodes per series that the BBC offers, will tempt creator Heidi Thomas to switch allegiances. 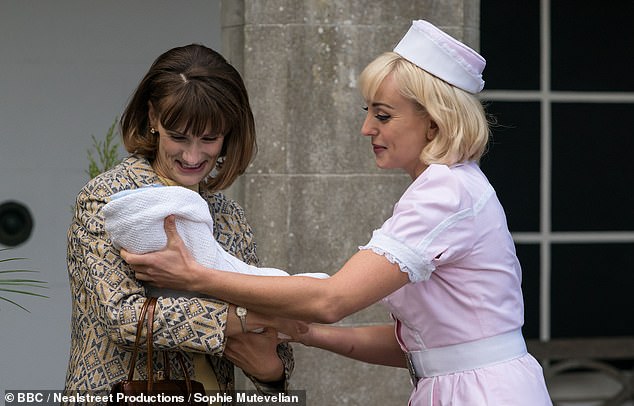 The success of Call The Midwife has attracted the attention of Netflix executives who want to poach the period drama for their subscribers, The Mail on Sunday can reveal

Losing the show, which follows a team of nurses working in the East End of London in the 1950s and 1960s, would be a blow for the Corporation, where it has been a ratings hit since it launched in 2012.

Ms Thomas last week confirmed that numerous bids had been made to snatch her away from the BBC, but she had so far resisted.

A TV insider said: ‘The hour-long format of the programme and its huge viewing figures make it an irresistible prospect for Netflix. They would also be able to make more than the current eight episodes per series – and it would be watched globally.’

The show, made by Neal Street Productions, has already been sold around the world and airs on PBS in America. But a major streaming giant could secure an even bigger audience. 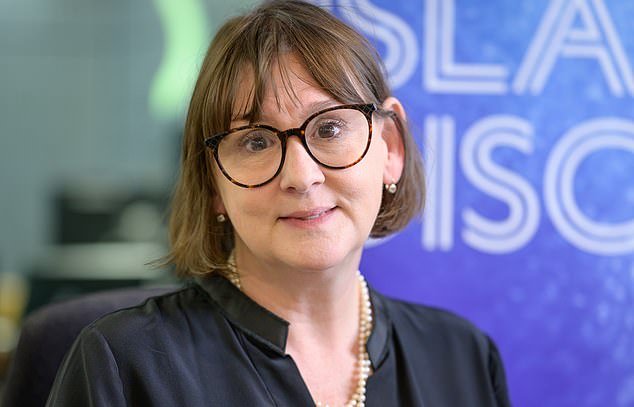 Heidi Thomas last week confirmed that numerous bids had been made to snatch her away from the BBC, but she had so far resisted

However, Ms Thomas, who is married to Call The Midwife star Stephen McGann, has so far remained loyal to the BBC, which has just commissioned two more series that will keep the show on terrestrial television until 2024.

Nor does the prospect of writing more episodes necessarily appeal to her. Speaking of how she has been approached by many ambitious producers, she said: ‘I do get offered a lot of stuff.

‘A lot of film producers were setting up to produce television and they would approach me with an idea and say, ‘I think we can do 30 episodes.’ But I thought, ‘In your wildest dreams! You don’t know anything about television.’ They just wanted to sell more of it. I found that quite dispiriting.’

Ms Thomas has, however, also expressed envy at the budgets lavished on Netflix shows.

‘I do remember watching a very early episode of The Crown where an aeroplane takes off on a runway in Africa and emus run underneath it,’ she said.

‘I was like, ‘Urgh. They have got emus.’ On Call The Midwife, if we need a dog show, people bring their own pets. I felt like a poor relation at that moment.’

Despite its success in the ratings, Call The Midwife, whose stars include Helen George and Jenny Agutter, has attracted comparatively few accolades from award judges.

McGann, who plays Dr Patrick Turner in the series, recently shared his disappointment on behalf of his wife, saying: ‘Since it started, she’s never been shortlisted for a major television screenwriting prize – but Call The Midwife is one of the cleverest things a TV writer has done in the past 20 years.’

A Netflix source said: ‘We are committed to working with public service broadcasters and the very best writers but not at the expense of exclusivity.’