Well, you can’t fault someone for sharing their happy moments on Instagram, but considering the context this is a pretty painful series of vacation shots!

On Wednesday afternoon, Olivia Munn took to her IG Stories to post some photos from her “desert stop” with pal Stevie Clements. So far as we know she and new beau John Mulaney are still going strong, but this was a girls’ getaway. 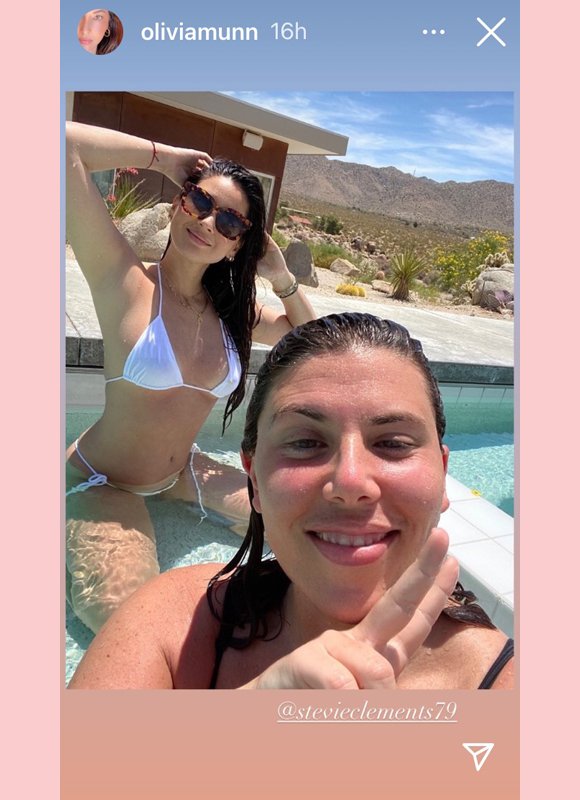 John may not be there, we can’t divorce these incredibly hot pics — in which the X-Men: Apocalypse star shows off her enviable curves in a pristine white bikini — from the controversial new pairing.

After all, the SNL vet just split from his wife of six years Anna Marie Tendler, reportedly asking for a divorce immediately after getting out of rehab in February.

That’s still a pretty open wound, and sexy poolside pics like this are a heaping helping of salt right in there. Dontcha think? 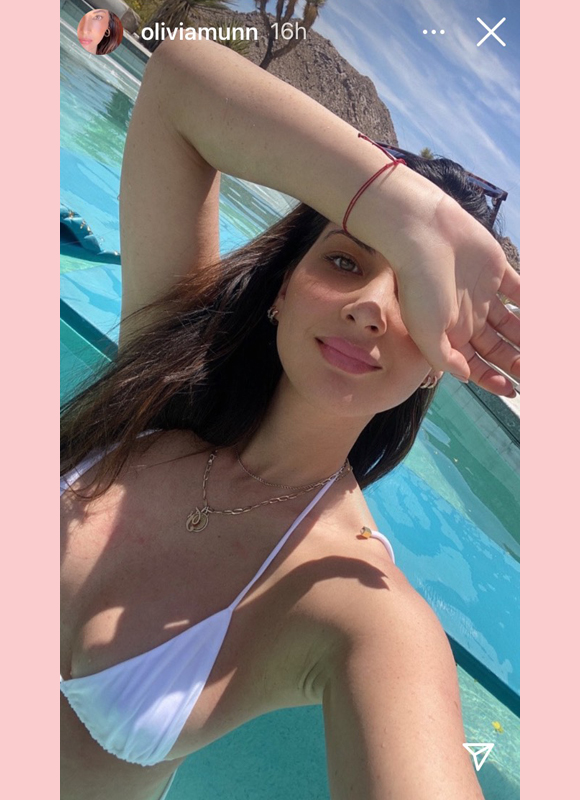 Obviously the Munn of it all isn’t the only controversial aspect of Mulaney’s divorce.

Since the split announcement, the standup has also been accused of having been a regular at strip clubs, where he is alleged to have hooked up with the dancers — despite being a married man. No allegations from anyone on the record yet, but it’s pretty disturbing stuff — especially because accounts have him drinking long before his known relapse.

Anyway, if you’re Mulaney’s ex, how do YOU react to seeing photos of his swimsuit-clad new love interest?

BTW, here is Anna Marie’s most recent Instagram post, an art piece in which she innerestingly is wearing almost the same outfit… just with a very different vibe.