Oprah Winfrey fan girled as she met the ‘real’ and ‘down to earth’ Adele for the first time, before filming her US special Adele: One Night Only.

The 67-year-old TV producer made sure she captured the moment she met the 33-year-old singer, and she was gracious to share it with her 20million Instagram followers.

In the sweet clip, Adele, who was staying at Oprah’s Los Angeles guest house, jokingly welcomed the host into her lodgings.

‘Oh my God, there she is!’ Oprah exclaimed.

The Easy On Me hitmaker was looking chic and classy in an all-white outfit, while Oprah opted for cosy and casual in a grey tracksuit.

Adele, who couldn’t help but poke fun at the contrasting outfits, said: ‘I just love that we’re so…neutral.’

The highly-anticipated show, which airs on CBS tonight, is described as Adele’s ‘first televised wide-ranging conversation about her new album, the stories behind the songs, life after divorce, weight loss, and raising her son’. 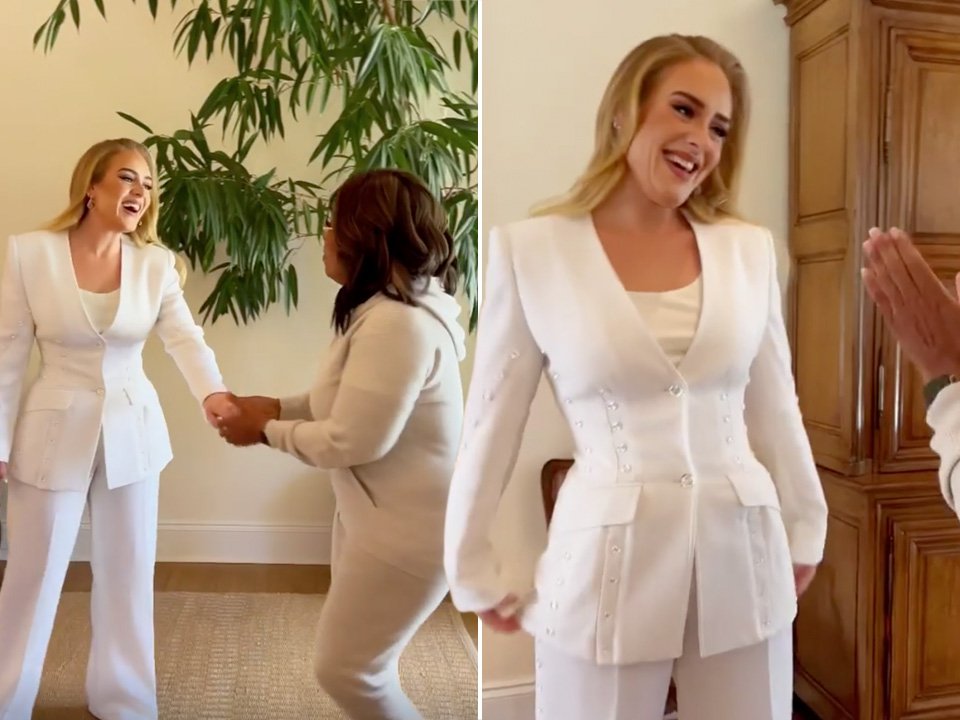 The chart-topper has opened up about the ‘tsunami of emotions’ following her divorce from her husband two years ago, revealing she had been left bed-bound with anxiety.

In the promo, the global icon promised the one-off special will consist of ‘load of filthy jokes,’ let’s hope the American audience will understand the Tottenhampborn singer.

The two-hour special, which features the interview with Oprah and intimate performances in front of celebrities like Lizzo, Gabriele Union, and Dwayne Wade.

An ITV concert to launch the album in the UK, recorded at the London Palladium, will air on November 21.

Adele is currently promoting the release of her long-awaited new album, 30. The record will be released on November 19.

Adele: One Night Only is coming to CBS on November 14.