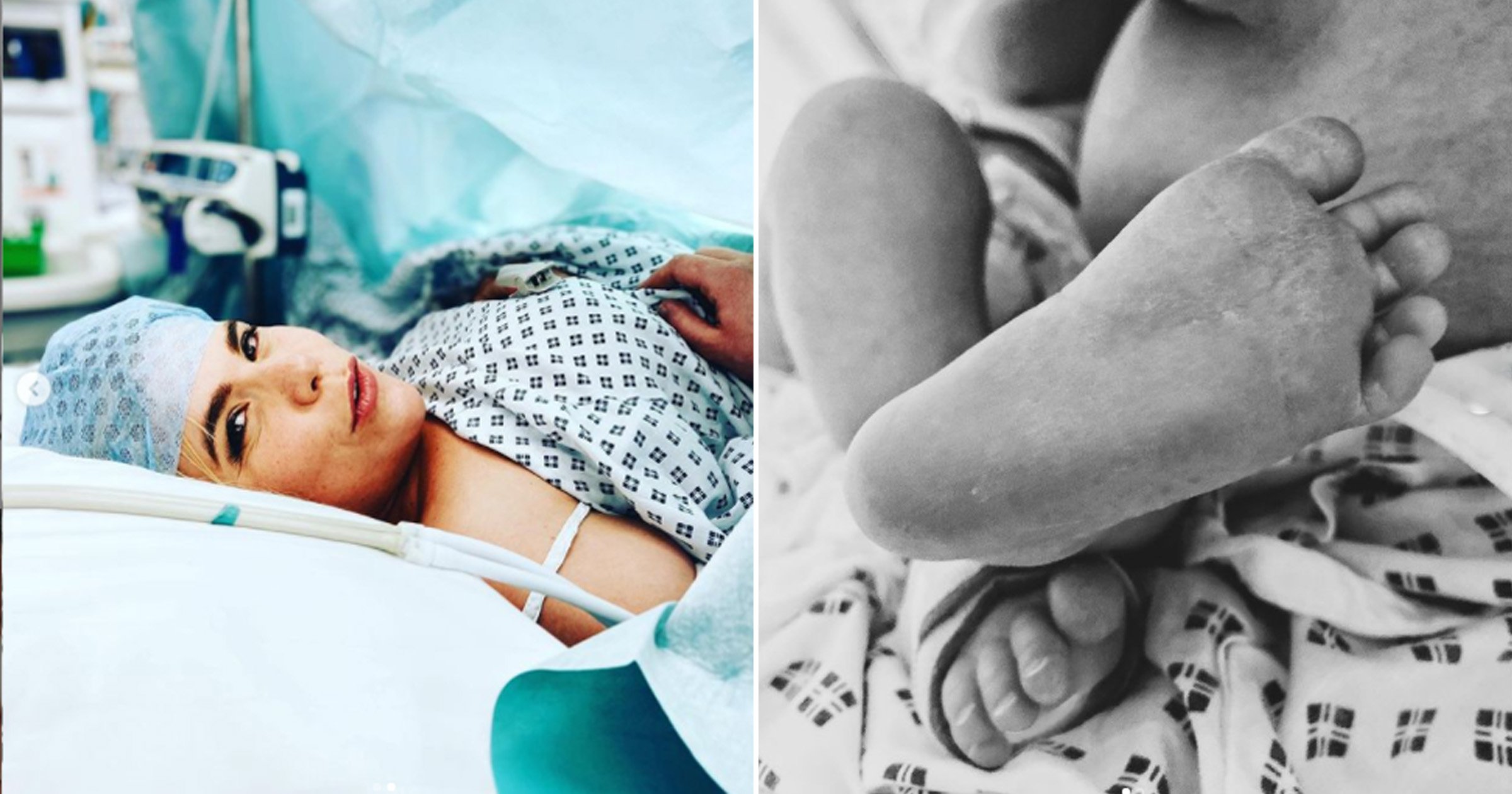 Paloma Faith is a mum again after welcoming her second baby with French artist Leyman Lahcine.

The singer, 39, announced on Instagram that she gave birth to a daughter on Saturday after having a C-section.

‘Well I’m not pregnant anymore!’ she wrote, alongside a black and white picture of her little one’s feet and a photo of herself in hospital.

‘I had a planned c section yesterday I’m in a lot of pain and didn’t sleep last night but it’s worth it to see and meet the new little cherub I have infront of me. It’s been about 30 hours and already I’m exhausted, sore and my nipples are on fire with a baby piranha that wants to kill me.’

Paloma added: ‘This baby couldn’t be more loved or wanted if she tried (yes I have two gals). I’m now going through the constant worry of bottle vs breast, last time I breast fed exclusively and I think it was too hard! I don’t know if I wana put myself through that this time….. but I’m Trying anyway.

‘And my nipples are on fire. Lost a litre of blood and I’m in so much pain despite the pain killers. The joys!’ (sic)

The couple welcomed their first child in 2016 and announced they were expecting a second in September 2020.

In an honest announcement on social media, she described being a ‘high risk’ pregnancy and spoke about being prone to post partum depression.

‘I am not a skinny pregnant person and I am also high risk in pregnancy so would like to ask the media not to run after me ate get unflattering shots as anxiety is detrimental to me and my baby’ she said.

The Can’t Rely On You singer added: ‘This child is so wanted, it’s my 6th round of IVF and was a struggle to get here.

‘I had a very traumatic first birth and I am also prone to postpartum depression. Being a mother is the greatest thing that’s ever happened to me but I will swell up and I won’t “glow”! I intend to be very real about this with you all!’

The mum-of-two previously shared her experience at being pregnant in the public eye, saying it made her feel ‘vulnerable’.

However she leanred ’embrace rather than hide’ from it.

The song writer shared: ‘I feel like when women have kids, especially women who are successful in their work, they expect themselves or they are expected to almost deny or dumb down what they have done in order to be aligned with their male counterparts.

‘The reality is it is really difficult and it is physically so demanding to do that and then work at the same time. I have decided as a little project to use myself as an example and burst the bubble.’