The Baywatch actress spoke out in support of WikiLeaks director Julian Assange as she visited him at high security jail HMP Belmarsh.

Pamela Anderson, 51, wore a cape covered with text about prisons, tyranny and Oliver Cromwell as she was accompanied by the website’s editor-in-chief, Kristinn Hrafnsson,

The outing was the star’s her first social visit since Assange was arrested by police after Ecuador revoked the political asylum granted to him at the country’s London embassy.

Pamela spoke out in support of her pal as she gave a speech outside of the prison.

She stated: “Obviously it’s been very difficult to see Julian here, and to make our way through the prison to get to him was quite shocking and difficult.”

“He’s an innocent person… public support is very important, he needs all the support he can get.

“He’s a good man, an incredible person. I love him.”

The pair are known to be close friends, but Pamela has denied rumours they had been dating. 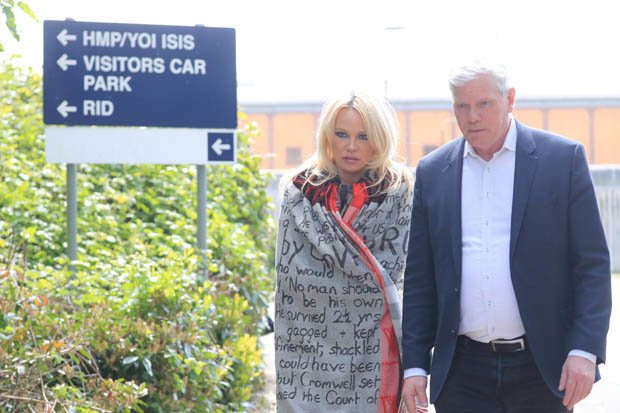 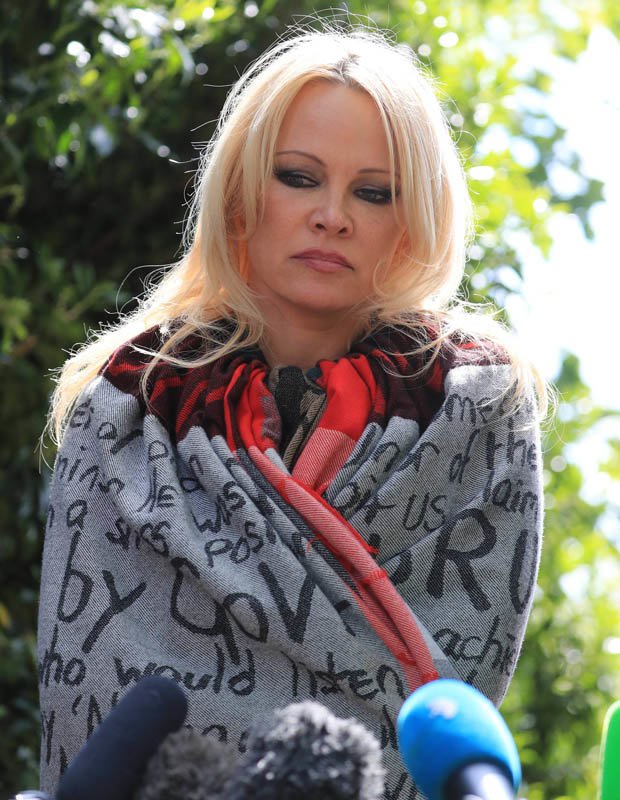 Assange was dragged out of the embassy last month and has been sentenced to 50 weeks in prison for a bail violation.

The 47-year-old was dragged out of the embassy last month and has been sentenced to 50 weeks in prison for a bail violation.

He is battling against extradition to the United States where he is wanted for questioning over the activities of WikiLeaks.

Mr Hrafnsson said Assange is in “general” solitary confinement because he mostly spends 23 hours a day in his cell, branding the situation “unacceptable”. 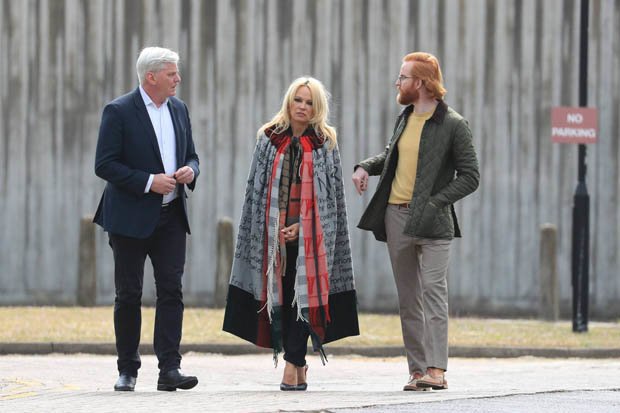 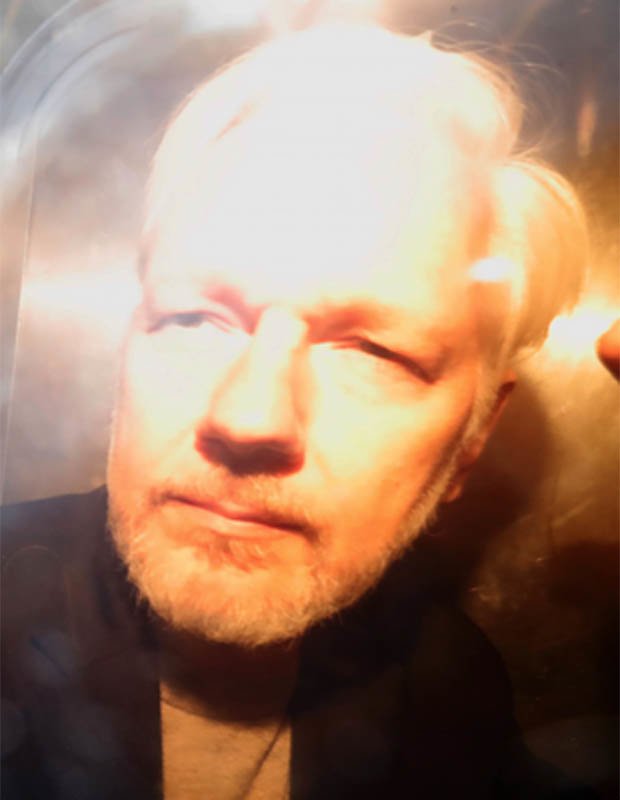 Speaking after a court hearing last week, he said: “We are worried about Julian Assange. We are hearing that the situation in Belmarsh Prison is appalling because of austerity and cutbacks.

“For the last weeks since he was arrested, he has spent 23 out of 24 hours a day in his cell most of the time.

“That is what we call in general terms solitary confinement. That’s unacceptable. That applies to most of the prisoners in that appalling facility. It is unacceptable that a publisher is spending time in that prison.”

United Nations rights experts have also voiced concerns about the “disproportionate” sentence given to the Assange as well as his detention in a high-security prison.