Paris Hilton is the new face of Lanvin for their spring 2021 campaign as she compares herself to the founder: ‘Her entrepreneurial spirit is so incredible’

Paris Hilton is the new face of Lanvin.

The 40-year-old DJ and Hilton hotels heiress is the star of the French fashion house’s spring 2021 campaign.

‘I’m humbled to be working with Lanvin for their Spring/Summer campaign and to be able to contribute to the brand’s legacy,’ began the Simple Life star. 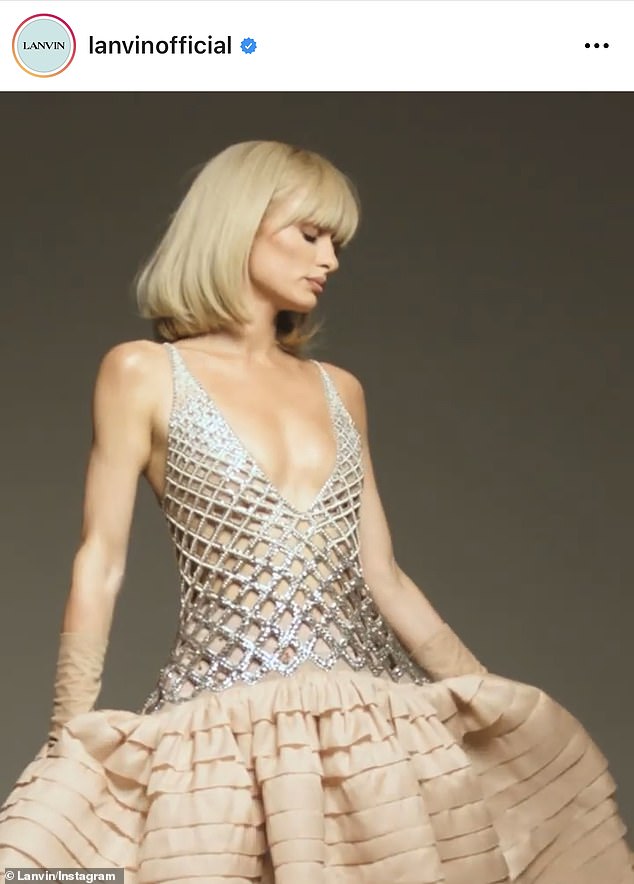 New deal: Paris Hilton is the new face of Lanvin. The 40-year-old DJ and Hilton hotels heiress is the star of the French fashion house’s spring 2021 campaign 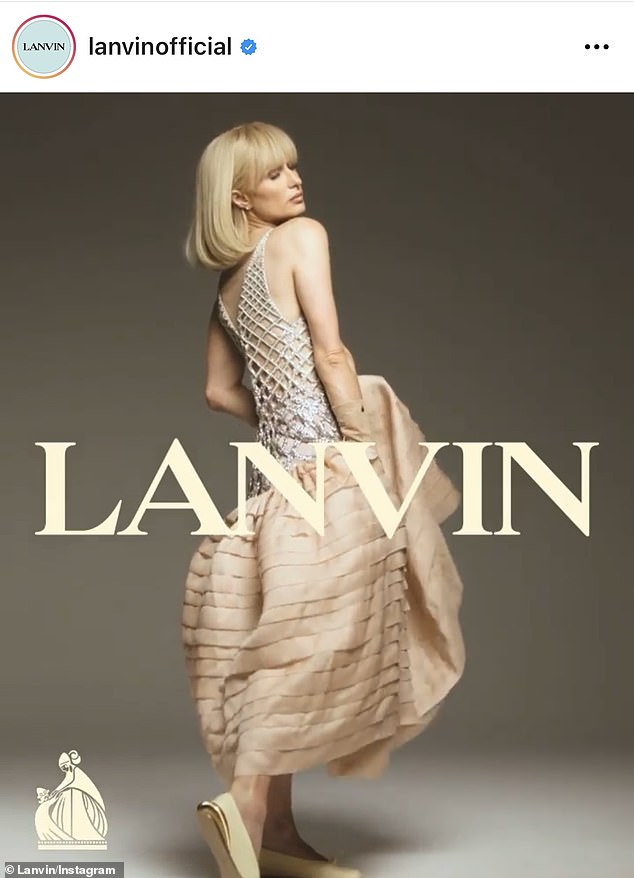 A more mature look: She has on less makeup and a short wig for the photo shoot 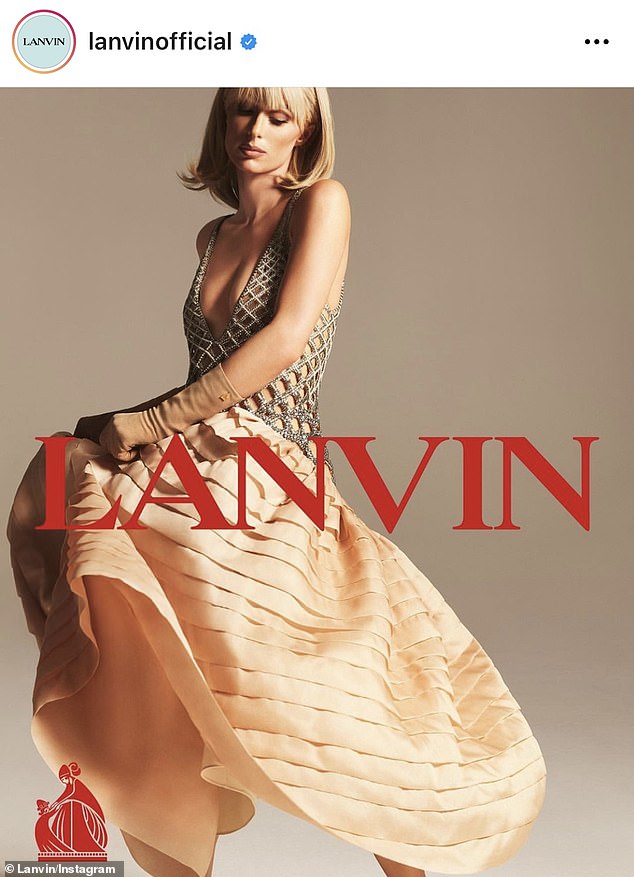 Happy about it: ‘I’m humbled to be working with Lanvin for their Spring/Summer campaign and to be able to contribute to the brand’s legacy,’ began the Simple Life star

‘I’ve always been a fan of the house and personally admire the founder Jeanne Lanvin. She was able to build an empire from one small shop that still exists 130 years later. Her entrepreneurial spirit is so incredible — remind you of anyone else?’ snipped the former party girl turned DJ.

Paris transformed into a modern-day version of a 1950s socialite, known for their draped dresses, ballerina pumps and jeweled sunglasses for the campaign.

The brand’s creative director, Bruno Sialelli explained how he wanted to switch up Paris’ ‘glimmery style’ to hone in on her natural beauty. 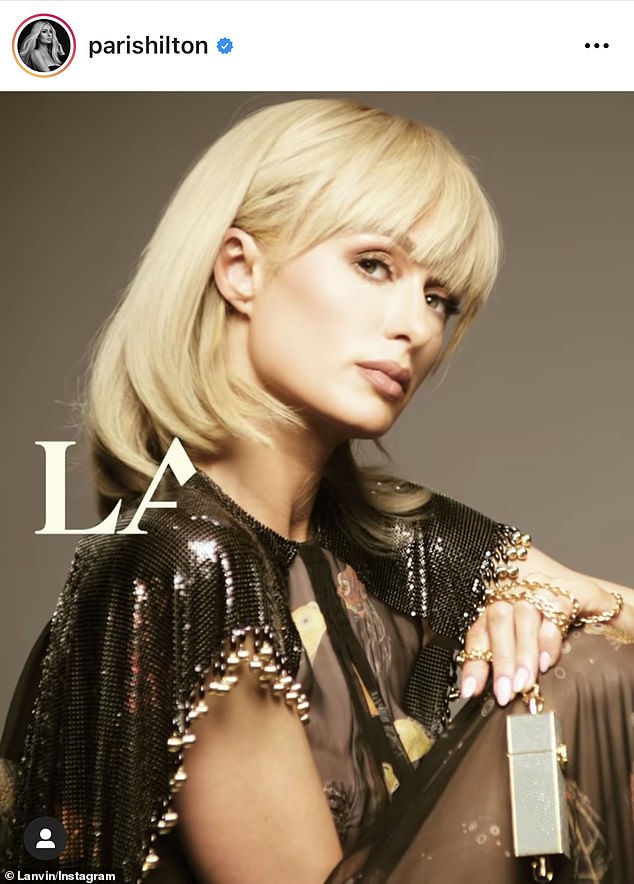 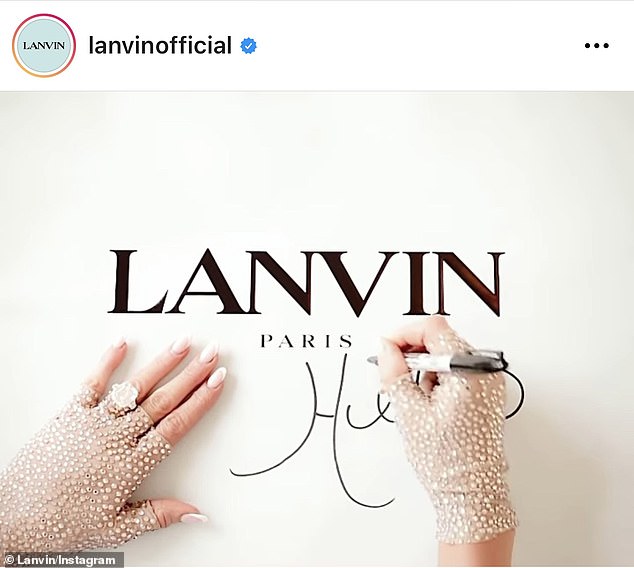 Bling it on babe: The siren flashes her diamond engagement ring from fiance Carter Reum 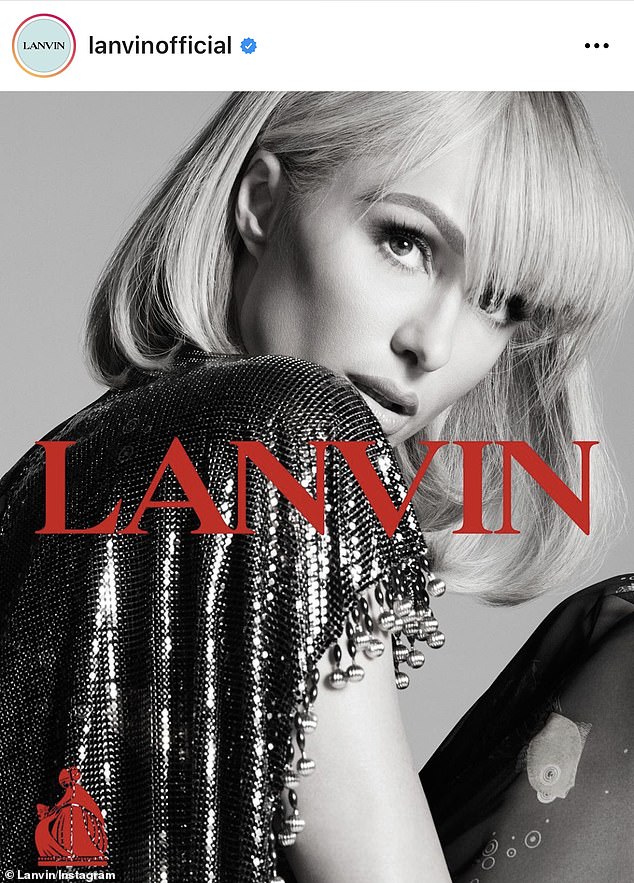 He said: ‘She is quite known for her long blonde hair and glimmery style and we wanted to shed light on her ability to transform — much like a swan.

‘As the originator of the influencer movement and the idea of “famous for being famous,” I wanted to show the world how far she has come in the industry that she created. We stripped back the styling and allowed her natural beauty to be captured.’

Meanwhile, Paris recently revealed some of the bizarre deals she’s been offered over the years, including her own line of ‘Paris beans.’

The businesswoman has made a successful career out of a variety of ventures including beauty products, perfume, and music, but Paris has also been pitched some odd ideas over the years. 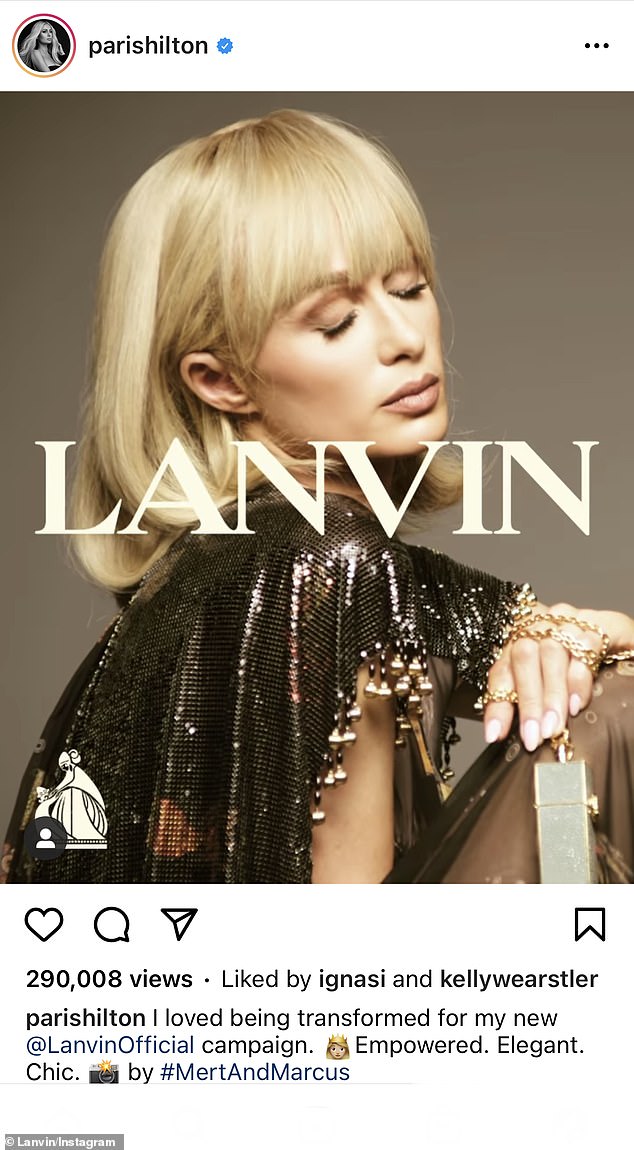 She said: ‘There’s a big list of them. But one – they asked me if I wanted to do my own line of Paris beans. Which I was l like, ‘I don’t know, beans really don’t go with my product line. Like I’m not into doing food.

‘And they showed me this mock-up and it was like this pink can with my picture on it holding beans. It was Paris Hilton’s beans.’

The This Is Paris star also confessed getting her own bean line was one of the more tame suggestions, as she’s even been approached about creating a range of ‘Paris Hilton sex dolls’.

She added: ‘Another one I got was just really creepy. This company wanted to make Paris Hilton sex dolls which were like – looked exactly like me. And I was like, ‘You know, this is the last thing I’m going to want to do.

‘So that was definitely no. I can’t even believe they came with me with that request. Pretty scary.’ 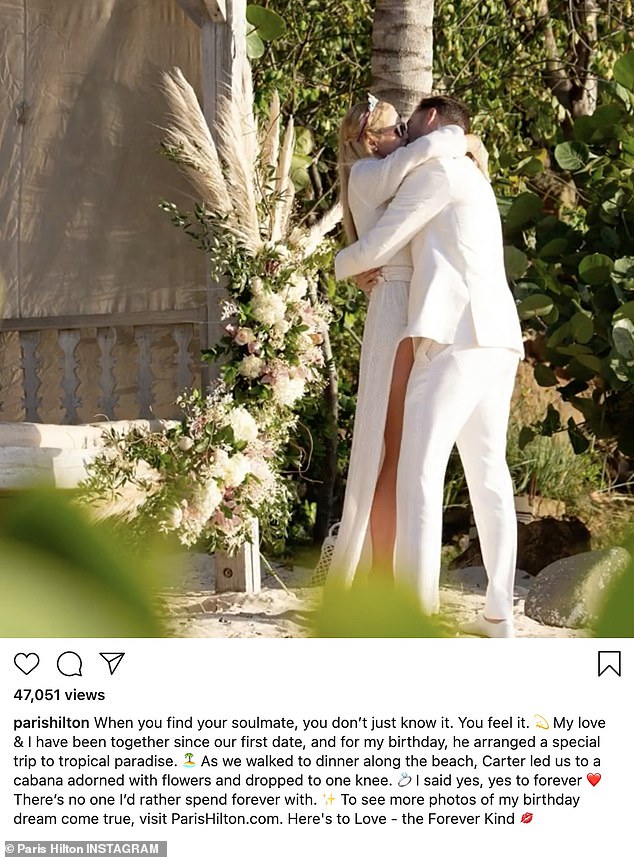 Soon to wed: Here the star is seen with her fiance Carter during their proposal