PATRICK MARMION reviews What A Carve Up!

It’s curtain up on a fiendish whodunnit: PATRICK MARMION reviews What A Carve Up!

What A Carve Up! (whatacarveup.com)

Verdict: What a mash-up

You don’t need to be a Maggie-sceptic to relish this brilliantly inventive recreation of Jonathan Coe’s 1994 anti-Thatcher murder mystery novel…but it may help.

Coe’s deliciously macabre 1980s satire has been re-imagined as a spoof TV investigative documentary, and filmed under lockdown law.

The fiendishly complicated plot revolves around fictional novelist Michael Owen (not the footballer), who becomes the prime suspect in the grisly murder of the rich and powerful Winshaw family at their ancestral Yorkshire home. 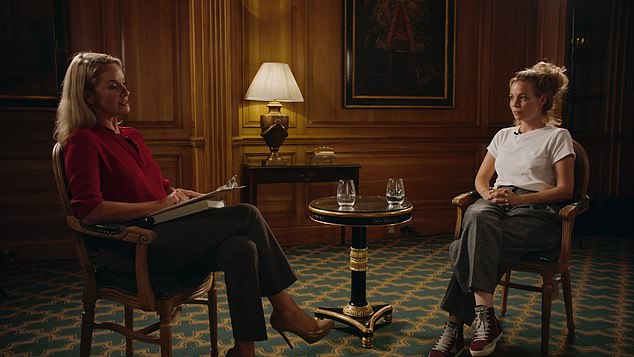 You don’t need to be a Maggie-sceptic to relish this brilliantly inventive recreation of Jonathan Coe’s 1994 anti-Thatcher murder mystery novel…but it may help. Pictured: A scene from What A Carve Up

Here, though, it is updated; as Owen’s 30-year-old son tries, in the present day, to prove his father’s innocence — while the only surviving member of the Winshaw family, who has gone on to become a Katie Hopkins-style blogger, remains convinced of his guilt.

Much of the fun of the story (inspired by the Sid James 1961 comedy horror of the same title) lies in discovering how each member of the Winshaw clan was bumped off (sneering columnist buried under Press clippings, self-serving politician stabbed in the back, evil arms trader ‘disarmed’ etc).

A smaller pleasure is spotting the celebrity voices: Fry is a publisher, Jacobi a private investigator. But in a yarn more slippery than an anaconda smothered in Vaseline, Alfred Enoch and Fiona Button provide much needed continuity as the younger Owen and Winshaw family members. In a nod to the ‘premier tickets’ of old, it’s possible to purchase a ticket plus ‘goody bag’ (£16, as opposed to the standard £12) with a programme and pre-show recipe card by Darjeeling Express founder Asma Khan, delivered to your door.

The show itself could do with a zippier edit but, once again, our theatrical minnows are leading the way in fighting lockdown.

At the Jermyn Street Theatre they’ve been overdosing on heroines from Greek mythology. Amazingly, the tiny basement venue, just off London’s Piccadilly Circus, has commissioned a season of 15 monologues, each of 15 minutes, bundled together in three live-streamed shows tonight and tomorrow. Really impressive line-ups include Jemima Rooper, Gemma Whelan, Olivia Williams and a blazing Rosalind Eleazar. 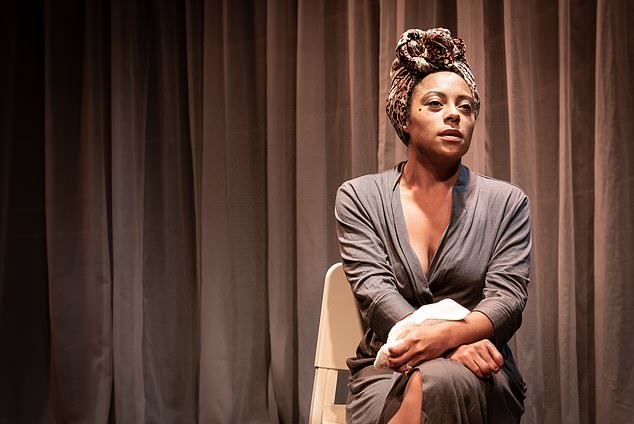 At the Jermyn Street Theatre they’ve been overdosing on heroines from Greek mythology. Pictured: A scene from 15 Heroines

The last collection, showing tomorrow night, is a medley of abused, bitter and abandoned women, angry at being stereotyped as abused, bitter and abandoned.The pick of these sees Williams as Hypsipyle, granddaughter of Dionysus, god of wine, connecting with the modern world with a Mac- Book and a screw-top bottle of plonk. She has found peace on the island of Lemnos, after bumping off all the menfolk — only for Jason to rock up with his Argonauts. At tomorrow’s matinee, Rooper can be seen as Briseis, a Trojan woman captured by the Greeks who’s recreated in Abi Zakarian’s monologue as a canny, self-made Essex-girl getting the better of her alpha-male husbands.

Tonight there’s an amusing ditty with Indra Ove doing April de Angelis’s speech about a footballer’s wife getting revenge on her Ballon d’Or-winning husband, Hercules, after he cops off with his partner on Strictly.

But the pick of the lot is Eleazar, in Stella Duffy’s harrowing swansong to Dido and her lost love for Aeneas. Hypnotic, sassy and raw, Eleazar gets so deep inside her character it’s a wonder she ever escapes.

Watching all 15 nearly finished me off — but let’s hope they re-release just the highlights soon. 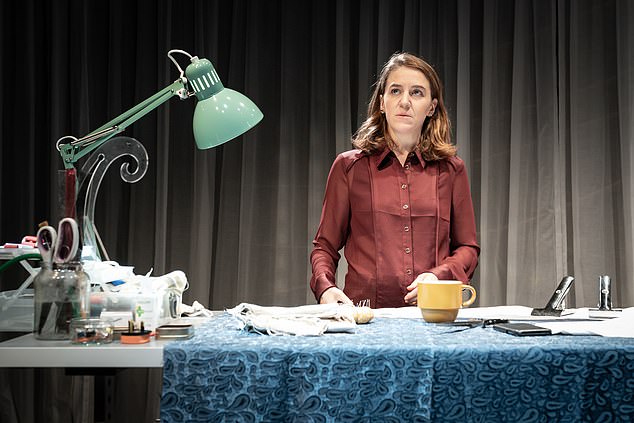 Amazingly, the tiny basement venue, just off London’s Piccadilly Circus, has commissioned a season of 15 monologues, each of 15 minutes, bundled together in three live-streamed shows tonight and tomorrow. Pictured: A scene from 15 Heroines

Morgan Lloyd Malcolm may sound like three different men, but she’s actually one heavily armed, radical-feminist playwright. Stand well back, therefore, for her explosive account of the life — and 76 years of injustice — endured by her poet heroine Emilia Bassano, who was a contemporary of Shakespeare.

First seen at Shakespeare’s Globe last year, before being filmed in the West End’s Vaudeville Theatre, it’s a full-blooded romp that has what’s too often missing from feminist diatribes: it’s bawdy, bubbly and brazen. You could even call it Upstart Hen.

Historical uncertainty is swept aside and Emilia is acclaimed as an orphaned, Jewish, African-Elizabethan who was institutionally obstructed from becoming a writer — until she was favoured by 60-something patron of the arts Henry Carey, in return for sexual trysts.

She comes out on top in a poetry-slam courtship with Shakespeare (who turns out to be just another male chauvinist pig plagiarising her writing).

And after losing the Bard’s child (more speculation!) she overcomes depression and invades the stage at the end of Othello, to offer a raucous denunciation of the play’s misogyny.

The recording wasn’t meant for public screening and is hard on the ear, with sound ricocheting off the wood floor and surrounding benches. But Nicole Charles’s all-female production is fuelled by merry cross-dressing and jaunty hip-hop dancing.

So, despite Lloyd Malcolm blasting down an open door and bludgeoning us with what we already believe, it’s actually pretty good fun.