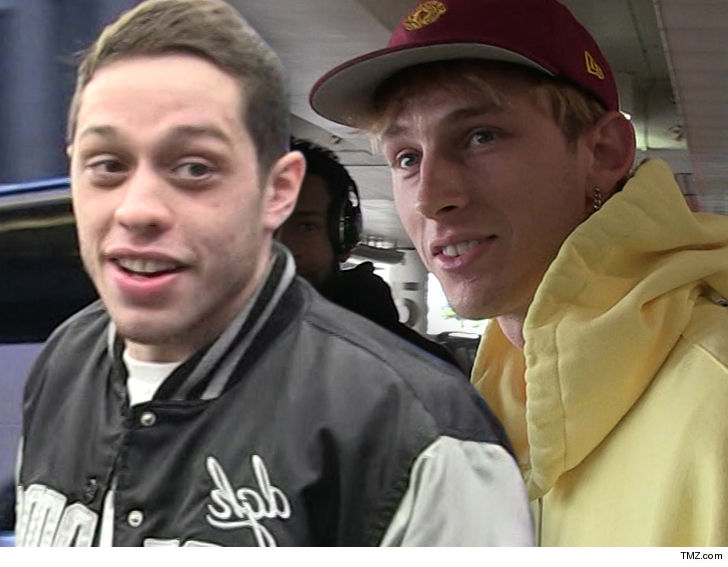 Pete Davidson ﻿wanted a bird’s-eye view at Machine Gun Kelly‘s concert Saturday, and he got it … and then some.

The ‘SNL’ star was spotted at MGK’s show inside the Wolstein Center at Cleveland State University, where he was taking in the scene seated on an elevated stage platform. He was wearing a dark hoodie and seemed to be covering his head … but rocked out regardless.

You can see one concert goer zoom in on Pete as Kelly performed ‘Rap Devil,’ and he puts his hands up while seemingly rapping along. “Saturday Night Live” is on break for the holidays and won’t be back ’til January … so Pete had some time on his hands this weekend.

It’s great to see him out and enjoying himself — albeit all by his lonesome up there near the rafters. Pete’s outing comes one week after an alarming social media post that appeared to imply he was suicidal … which set off a wave of support from loved ones.

MGK gave us a bit of a mixed update on his pal earlier this week … telling us things were weird for Pete and co. during this time. We’d been told he was still in a dark place following the suicide scare, but he now seems to have turned a new leaf for the better.