Peter Andre has confirmed his son Junior is battling with symptoms of coronavirus after he shared a concerning video last week.

Peter, Junior are now in self-isolation for two weeks, alongside Princess, 12, Amelia, six, and three year old Theo, according to the government advice. Writing in his new! magazine column, Peter said: “Last Wednesday, Junior posted a video on his Instagram saying he was showing symptoms of coronavirus.

“He had a high temperature so we have to follow the guidelines and self-isolate for 14 days."

Last week, speaking in the black and white clip in between sniffles Junior said: “Wagwan people, hope you're all well. These aren't easy times as we all know.

“Everyone please stay safe. These aren't easy times like I said. And God bless you all, we'll get through this.”

Meanwhile, Peter’s wife Emily Andrea recently revealed she is staying away from her husband, children and step children as she continues to work in a hospital on the coronavirus frontline. Writing in her exclusive OK! magazine column, 30 year old Emily said: “Of course I’m worried that I could potentially bring it home to the kids, but I’m trying to be sensible and washing my hands and changing out of my clothes straight away before having a shower.

“I’m also not going too near them where possible, but it’s a challenging time.”

And Peter confirmed Emily is sleeping in a separate room from him in an attempt to protect the children from the deadly virus.

Speaking from his home on an episode of Good Morning Britain last week, Peter explained: “Emily, along with all the NHS staff and carers are now exposed to something… when they come home, their exposure means that we've got to be careful, they've got to be careful, obviously, so we have to have some sort of distance, because we don't want the kids to catch it, so it's a little bit difficult times.

“But she's my absolute hero for doing this, so many people are just stepping up to the plate. This is a really serious issue and I've agreed with you all along when you're telling people, ‘Listen to what's going on. This isn't a joke, this is serious.’“

He added: “She obviously tells me a lot of stuff because of confidentiality, but because she's exposed to the virus quite a lot at the moment in the last few days, it means now at home .. we're having to… it's weird to say, but we're having to be in separate rooms and the reason for that is because I'm the one who has to have the kids now and so if I'm exposed to it as well… I'm just scared the kids are going to get it.” 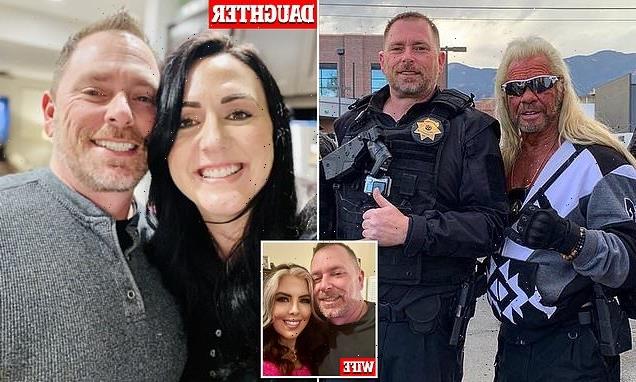