Piers Morgan, 53, was not amused after he discovered that Holly Willoughby, 38, had wrecked his Life Stories set. She then added insult to injury by sticking her fingers up at the star, prompting Piers to express a desire to seek his revenge. Posting the offending image of Holly on his Twitter, in view of his 6.6 million followers, the outspoken Good Morning Britain favourite ominously threatened: “You’re going down @hollywills.” In a previous tweet, the Piers wrote: “Revenge will be a delicious dish tasted ice cold.”

The TV personality then emphasised his message on Instagram, claiming that Holly’s innocence should be called into question.

He uploaded a photo of Holly caught in the act, telling his 513,000 followers: “When the halo slips… I’ll exact revenge for this outrage @hollywilloughby @mcguinness.paddy & it will make your trashing of my Life Stories set look like a tea party.” @celebjuiceofficial”

The This Morning presenter’s rebellious act was all part of a cheeky challenge for Celebrity Juice, which she took on alongside fellow team captain Paddy McGuinness, 45.

Facing the wrath of the Good Morning Britain host, Holly and Paddy were filmed causing havoc under the instruction of Keith Lemon, 45, who ordered them to: “Smash up Piers Morgan’s Life Stories set.”

The duo used silly string and toilet roll to cause a mess in the studio, while slashing the pillows to bring even more chaos.

Much to his dismay, Piers was shown a preview clip of Holly’s antics on Good Morning Britain. 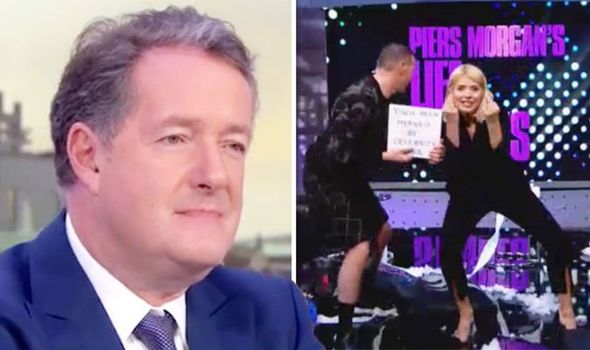 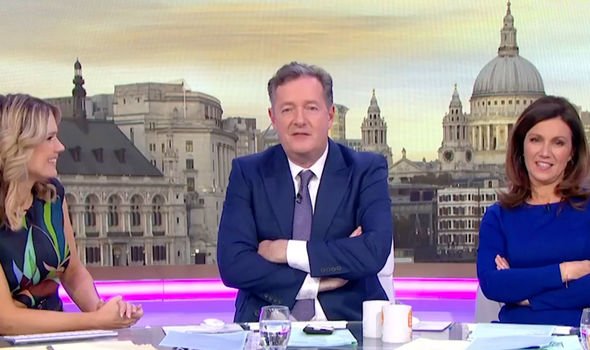 In the video, Paddy shouted: “F*** you Morgan,” as Holly told her co-star to “Get the stuffing out!”

Although Susanna Reid, 48, and Charlotte Hawkins, 43, thought that Holly and Paddy’s prank was hilarious, Piers failed to see the funny side.

Piers continued: “I like people declaring nuclear war and trashing my studio, really I do. 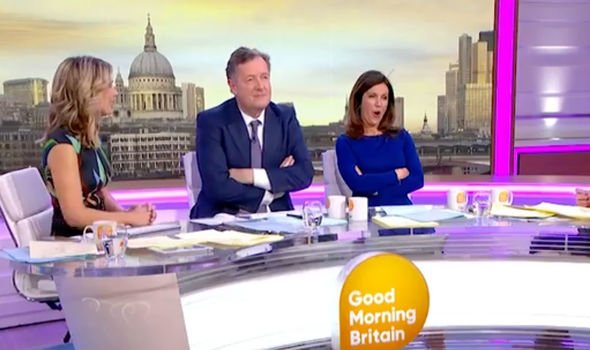 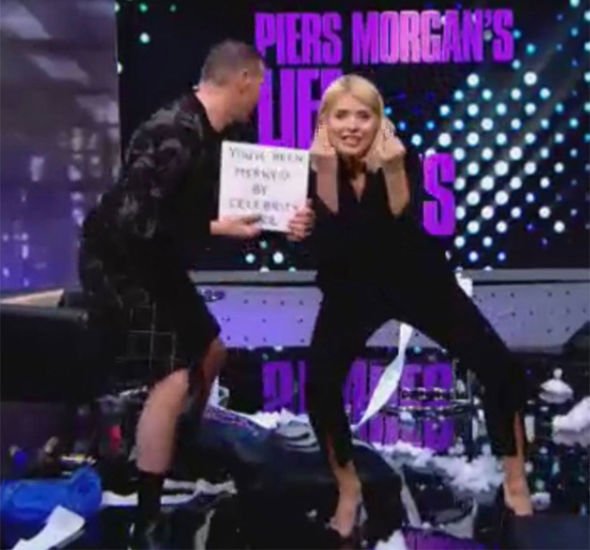 “I’m just the kind of person to take that lying down, not react, not respond.

“You’ve just sentenced yourself, the pair of you to a lifetime of hell and I will be coming for you shortly,” he joked.

Piers, who will be celebrating his birthday on Saturday, was teased by his fans on social media in the aftermath of Holly’s practical joke, with one asking the grumpy star: “Are you having a happy birthday?”

An Instagram user added: “Take the joke as a pro!! Happy Birthday.”

Some sided with Piers however, as a particular admirer shared that they were looking forward to seeing Piers carry out his revenge on the mischievous Celebrity Juice duo, commenting: “can’t wait to see what you do.”