Power Book IIs LaToya Tonodeo: Monets Secret Will Cause A Major Rift With Diana & The Familly

The fallout of Monet’s revelation is going to be immense. HL got EXCLUSIVE scoop from LaToya Tonodeo about how Diana will react to Monet’s Zeke secret and leaning on Tariq more than ever in season 2.

Power Book II: Ghost just dropped one of its biggest bombshells yet. Zeke is actually Monet’s son with Mecca, which explains why Monet is going to great lengths to keep Zeke out of prison. Monet and Mecca are the only ones who know about this secret, and it could tear the Tejada family apart if they’re not careful.

HollywoodLife spoke EXCLUSIVELY with LaToya Tonodeo about Diana’s place in all of this. LaToya believes Monet’s secret will definitely “strain” their relationship even more but acknowledges that it may bring Diana closer to Zeke. She also weighed in Diana’s dreams and her relationship with Tariq. Read our Q&A below: 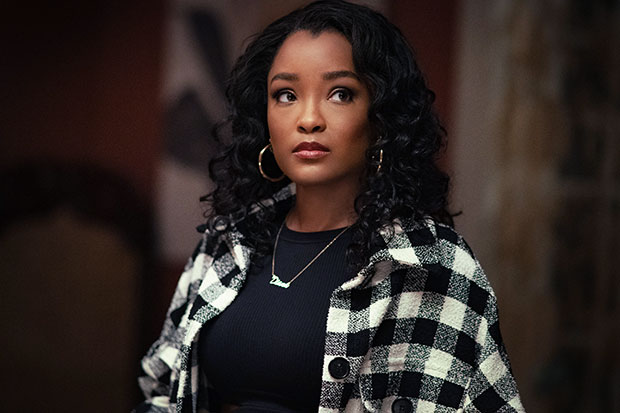 We saw that really game-changing reveal with Monet and Mecca. We knew that they had a past. That was always clear. We just didn’t know what it was between them. Zeke plays a big part in this, and we see why Monet is so dead-set on saving him. Obviously, this is a big family bombshell. Will Diana find out sooner or possibly later?
LaToya Tonodeo: I feel like Diana is very smart. So even in the beginning of this season, you saw that her wheels are turning and she’s putting two and two together, three and five together. She’s putting all the pieces together. So I would say if Diana plays her cards right, she will find out. She will definitely find out.

How do you think she would react to that? How would you react to that?
LaToya Tonodeo: Personally, I would be pissed because you grow up thinking one way and then you find out that this person is not your cousin. It’s like, wait, what? You feel betrayed. I would be hot. I would be very upset. I wouldn’t even know how to interact with my mother after that.

Considering Monet and Diana’s very tumultuous relationship already, how might that change and alter or maybe sever things even more between them? I feel like they’re on thin ice.
LaToya Tonodeo: I’m always on thin ice. If Diana finds out and lets her mother know what the deal is and that she knows, I feel like it will definitely strain the relationship even more. But who knows… I feel like if it were my mother, my mother would try to find a way to soften it, and maybe we can build from it. With Power and with Monet, I’m not sure how that will go.

This would be a huge, massive change of pace for the entire family to know about this. Obviously, they’ve grown up with Zeke. They know him. They think of him as family. But how might this reveal change the relationship between Diana and Zeke? He’d be a half-brother now.
LaToya Tonodeo: I think maybe that can make them closer. Because I feel like Diana and Zeke already have a really strong bond. Even though we never got to see Diana play basketball, Diana wanted to play basketball in season 1. It’s one of her things. She wants to go to school. She wants to play basketball like Zeke. I feel like that was their connection already. So to find out that the person who you feel really close to is actually a brother, so it makes them even closer, I don’t know. It could be beautiful, but at the same time, kind of weird because it’s like you grew up thinking one way and then you find out that’s not the case at all. 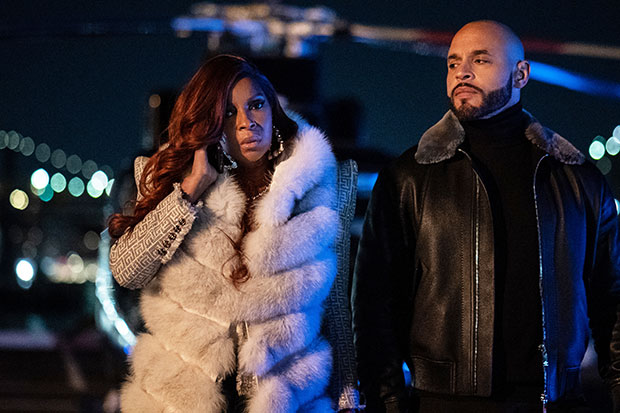 Zeke is also I think the most innocent party in all of this. He doesn’t know anything. So it’s not like you can really blame him. In the midst of all this, this obviously brings into play Diana and Lorenzo’s relationship, especially if he finds out. This is something that Lorenzo would not be pleased to hear because he was very much like, “This is not our kid. I don’t need to put all my cards in him. I don’t need to risk my house.” Could Diana find herself in a very compromising position with her loyalties to her mother and to her father?
LaToya Tonodeo: For sure. Because Diana, as we know, is a daddy’s girl. She connects 100 percent with her father. It’s going to cause a major rift in the family because, like you said, Lorenzo’s like, “That’s not my kid. It doesn’t matter.” He only cares about the Tejadas but technically Zeke is not necessarily a Tejada, but he is a part of the family. He is our half-brother now, so we’re going to see how that plays out for sure.

Like we mentioned earlier, Diana wanted to go to school. She wanted to play basketball. But she’s like, “My family doesn’t do that. That’s not what my family does.” You can sort of see a lot of that heartbreak that she wants one thing for her life, but her family and her mother have made this decision. I’m curious to know if Diana will maybe rebel in a sense and take control of her own destiny.
LaToya Tonodeo: I would say that’s definitely something that we’re going to be able to explore this season because Diana is maturing. Diana is stepping into her own power and finding her voice and trying to in a way, I would say, trying to get her father out. Maybe that could be that backup that she needs to get into Monet’s ear. Like, let Diana go to school. So we shall see. We shall see.

During that same conversation, she’s also warned about Tariq. I feel like, especially when you’re young when you’re told not to maybe pursue this person…
LaToya Tonodeo: You’re going to do it anyway.

You’re going to do it anyway. What can you sort of say about that dynamic going forward?
LaToya Tonodeo: I feel like this season, you’re going to see Diana really lean on him. She’s going to even be asking for advice because he’s a part of the game. He’s also in school. So there are so many things that she can get from him. I think she’s going to lean into that relationship and explore that a little bit more this season. 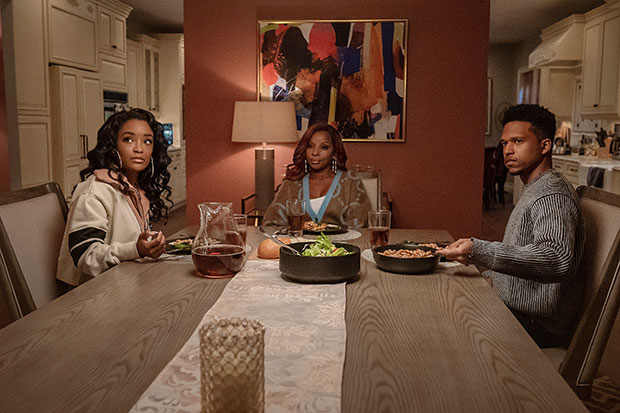 I think it’s really interesting, you know, Diane is the only female sibling. And with a mother-daughter relationship like this one, it’s really complicated. It’s almost like all the kids are sort of vying for the attention and the affection and the respect from their mother. And to add another kid, especially a male sibling in there, she definitely has a soft spot for her boys. So I’m curious to know with all this happening, I feel like Diane is going to explode one day. She’s very strategic. She’s like, “Mom, hello. I’m here. And I’m the most level-headed. I’m strategic, too. Please notice me.
LaToya Tonodeo: She wants to be seen. And I feel like Diana’s definitely struggled with that from the beginning all the way up until now. She’s struggling to be seen. She wants validation sometimes I would say from her mother, and she wants to prove to her mother that I can do the same thing. You can trust me. When you tell me to do something, I do it and I do it properly. I don’t mess things up. I feel like she definitely wants that validation and that respect and that trust from her mother, especially like you said, being in my opinion, I would say, at least between Diana and Dru, they’re the most level-headed. Diana is definitely, in my opinion, more strategic and more methodical, more calculated in how she moves. And I feel like since she’s learning those things from Monet, it’s like, how come you don’t see that in me?

You guys got the exciting news that you’re coming back for season 3. How does it feel to know that the story will continue on?
LaToya Tonodeo: Oh my gosh, it’s a blessing because it’s like, first of all, we have a job. And then not only that, but I really want to see where Diane is going to go from here. We haven’t even finished season 2, and there’s so much going on. I would love to see where Diana goes from here. She’s growing so much. I feel like the growth that has happened in season 2 versus season 1, it’s like, wow. And then the way our writers and how creative they are, the way they write it’s like, where is this going to go? I’m excited. I cannot wait to get back to work just to read those scripts because we don’t get anything in advance.