She’s been keeping fans updated as she prepares to welcome her first child early next year.

And Ashley James, 33, showcased her growing baby bump as she displayed her favourite nursing bras on Sunday.

The former Made In Chelsea star is currently 32 weeks pregnant and has begun investing in nursing bras in her third trimester. 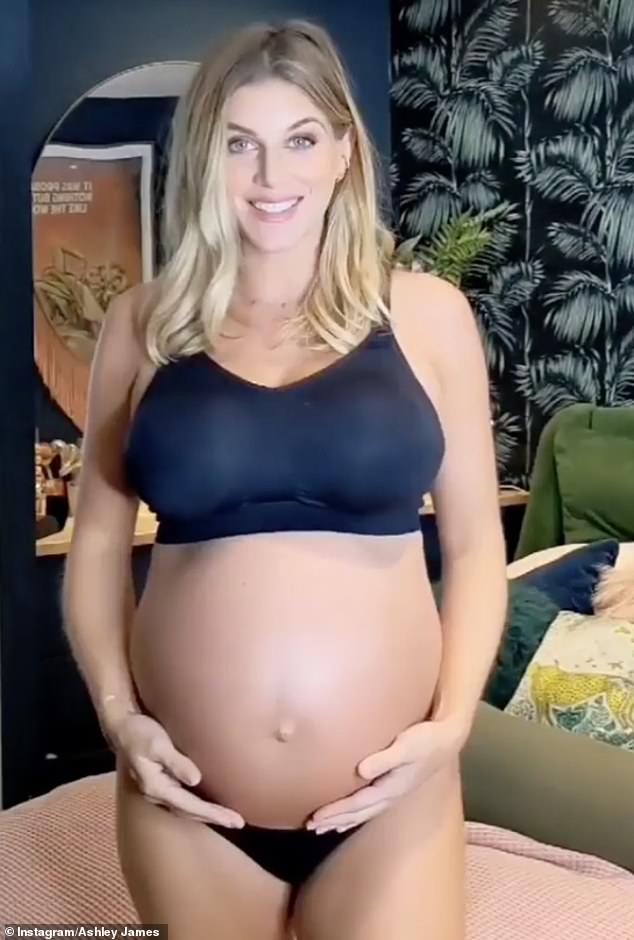 Ashley said she couldn’t choose which colour to show her followers, so posted a short video.

In the clip, she can be seen wearing four different coloured nursing bras and cradling her bump.

The TV personality wrote: ‘Ok I promised I’d share my favourite nursing bra with you, but I couldn’t decide which colour to show off so here’s my poor attempt at a reel showing them all.

‘Just as well it’s raining outside because I’m definitely never getting that hour back I spent trying to edit this. 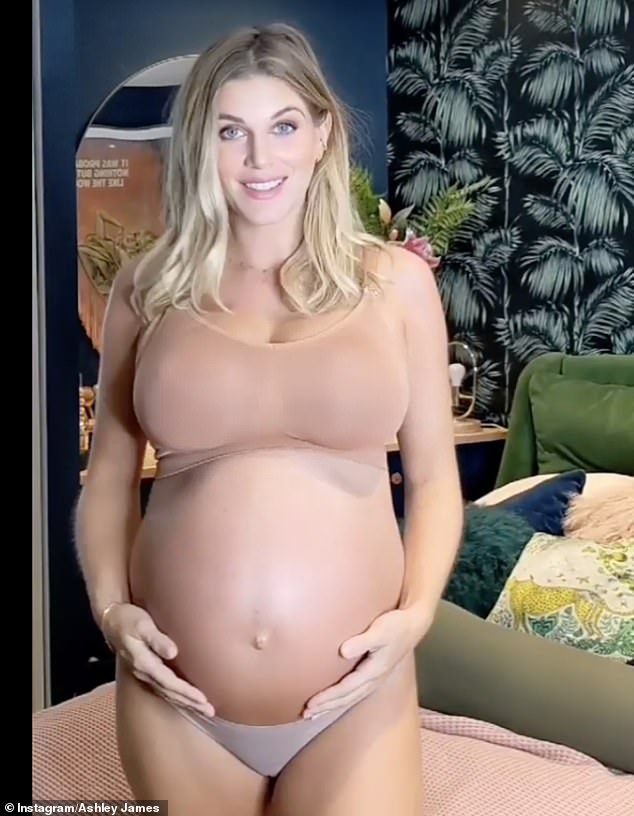 Third trimester: The former Made In Chelsea star is currently 32 weeks pregnant and has begun investing in nursing bras in her third trimester 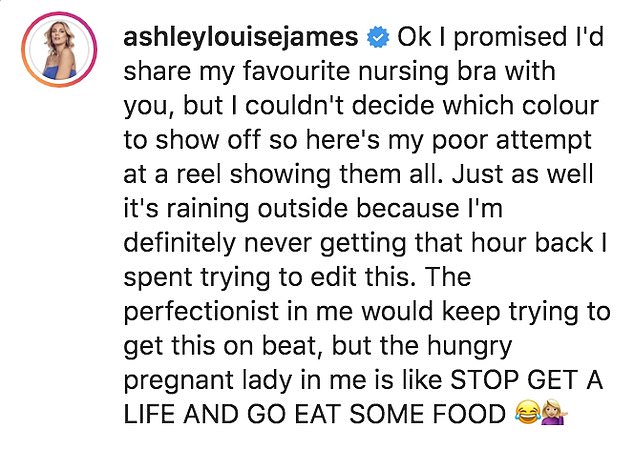 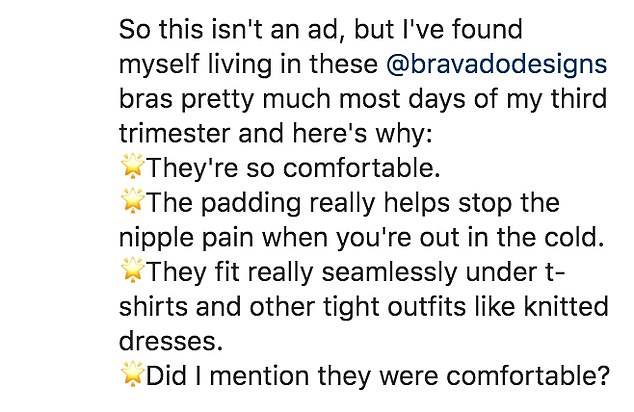 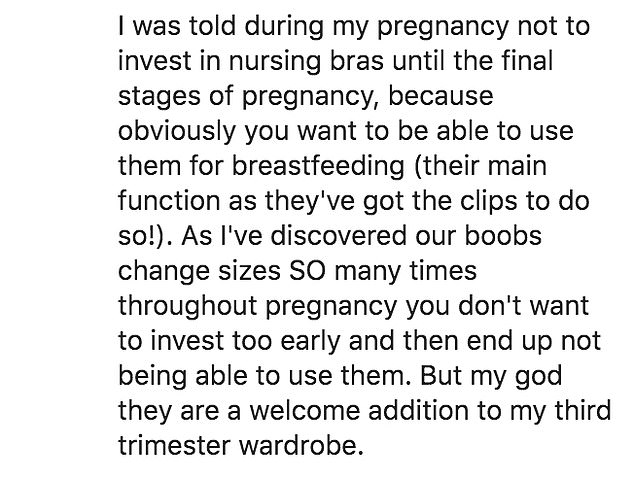 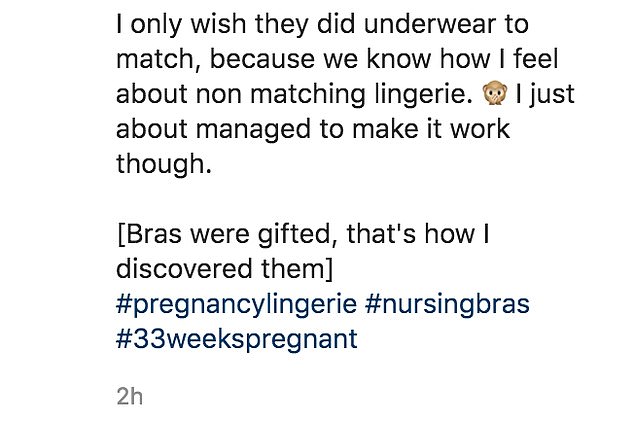 ‘The perfectionist in me would keep trying to get this on beat, but the hungry pregnant lady in me is like STOP GET A LIFE AND GO EAT SOME FOOD.’

She went on to explain that she has been wearing Bravado Designs bras ‘pretty much most days’ in her third trimester.

She said that the bras are comfortable and fit seamlessly under t-shirts and other ‘tight outfits’ as well as having padding which helps with nipple pain in the cold.

She continued: ‘I was told during my pregnancy not to invest in nursing bras until the final stages of pregnancy, because obviously you want to be able to use them for breastfeeding (their main function as they’ve got the clips to do so!). 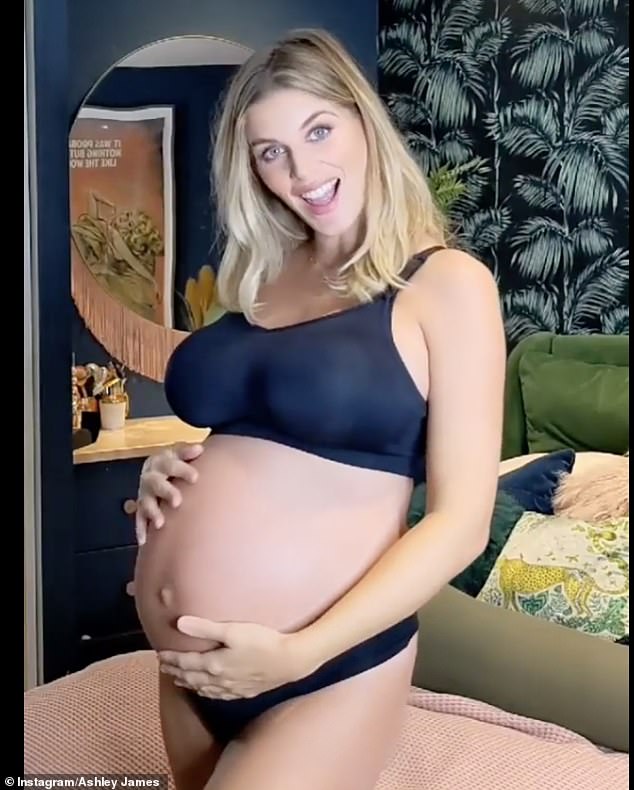 Final stages: Ashley said that she was advised not to invest in nursing bras until the final stages of pregnancy

‘As I’ve discovered our boobs change sizes SO many times throughout pregnancy you don’t want to invest too early and then end up not being able to use them.

‘But my god they are a welcome addition to my third trimester wardrobe.

‘I only wish they did underwear to match, because we know how I feel about non matching lingerie. I just about managed to make it work though.’

Ashley has been candidly speaking about her pregnancy with her first child, with boyfriend Tom Andrews. 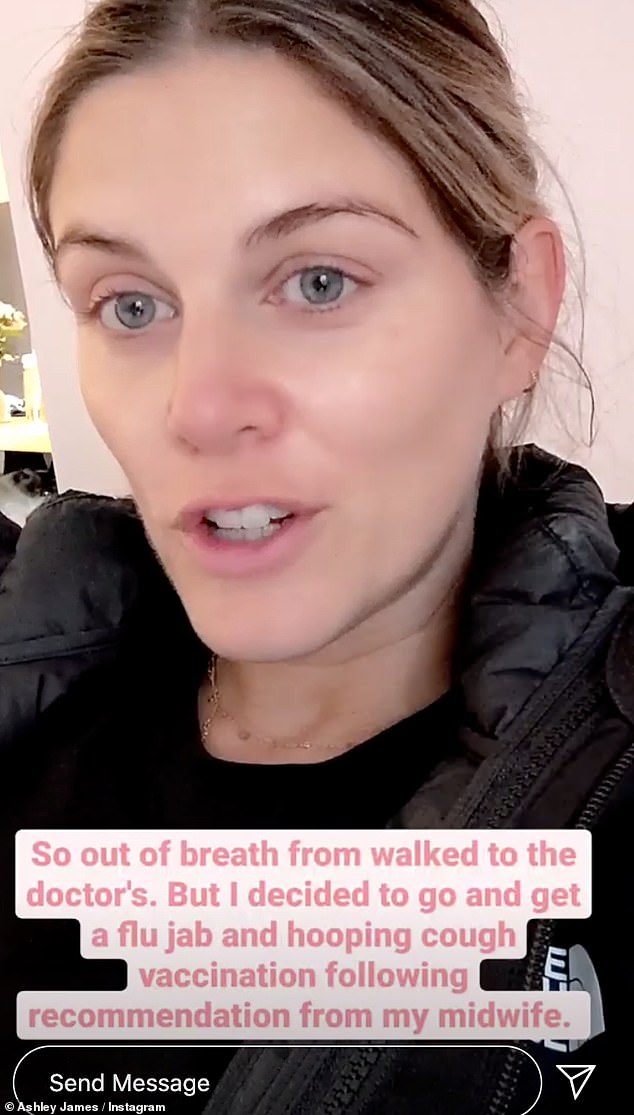 Advice: Ashley James told fans she has been for her flu and whooping cough vaccinations after receiving her advice from her midwife on Instagram stories on Thursday

On Thursday, she revealed she had been for her flu and whooping cough vaccinations after receiving advice from her midwife.

The reality star explained that she went for the jabs after learning it will help protect her and her unborn baby.

She told her followers on her Instagram Stories: ‘So out of breath from walking to the doctors. But I decided to go and get a flu jab and hooping cough vaccination following recommendation from my midwife.’

Revealing why she went for the jab, she said: ‘[It’s the] first time getting a flu jab since I was a child and had no choice, but basically I was told by my midwife that it’s advisable for pregnant women because our immune system are very low.

‘It needs to be low otherwise our bodies would reject the baby, so if we were to get flu it can be more severe.’

Ashley explained that she was told whooping cough has come back into circulation due to people refusing to get the vaccine for it.

She recently joined forced with Roxie Nafousi for a new podcast on ‘The Moments That Made Me’, where she admitted that while she believed finding fame would be the key to her happiness, in actual fact, it brought her a lot of misery.

Ashley first burst onto screens in 2012 when she joined the cast of reality TV phenomenon, Made In Chelsea. 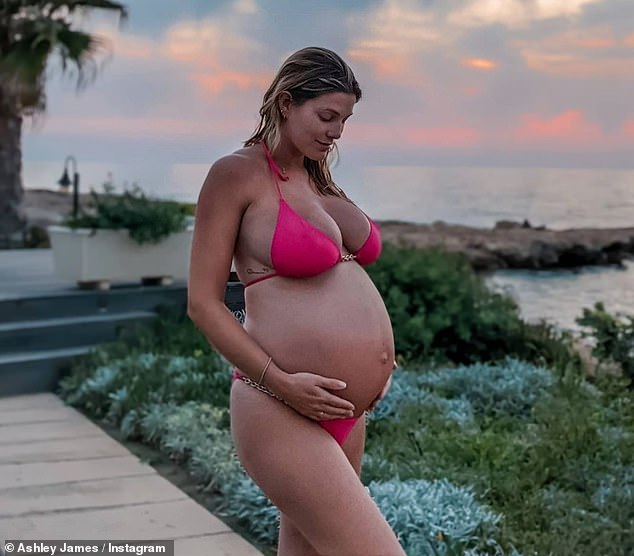 Motherly love: The former Made In Chelsea star, 33, who is currently 32 weeks pregnant with her first child, explained that she went for the jabs after learning it will help to protect her and her unborn baby

With high hopes that her new career in TV would bring her happiness, Ashley said: ‘it definitely made me realise that a lot of the things that we think will make us happy definitely don’t, and I suppose it was the beginning of my journey to self-love’

Ashley added: ‘I guess it was like this glamourous world that I was entering into and it was actually the beginning of one of the hardest times of my life in terms of finances, self-confidence, body dysmorphia, relationships stress, just everything.’

But the mother-to-be said she learned a lot from her time on reality TV. 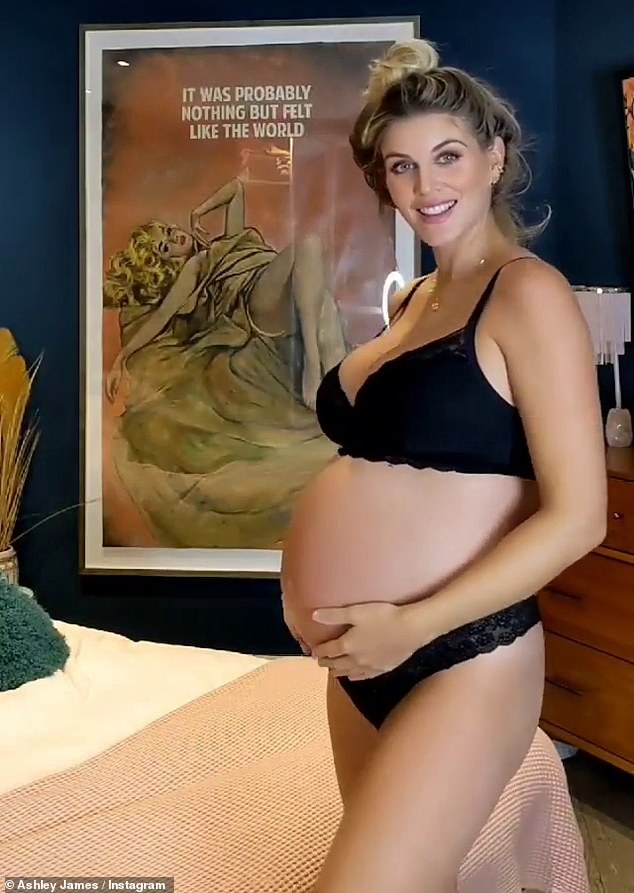 ‘I thought fame would bring me happiness’: Ashley claimed becoming a celebrity dented her finances, self-confidence, body confidence and relationships