No reunion with Uncle Harry. Prince Harry spent time with many of his relatives during his return to the U.K. for Prince Philip’s funeral but not his nephews and niece.

Inside William and Harry’s Relationship Over the Years

“Harry didn’t get to see [Prince] George, [Princess] Charlotte and [Prince] Louis in the U.K.,” a source exclusively tells Us Weekly of Prince William and Duchess Kate’s children, who are 7, 5, and 3, respectively. “Aside from the day of Philip’s funeral (which George, Charlotte and Louis didn’t attend) and meeting privately with the queen, he was in isolation at Frogmore [Cottage].”

Us confirmed on April 12 that Harry, 36, arrived in England and was quarantining ahead of the Saturday, April 17, funeral for his grandfather, who died on April 9 at age 99. A source exclusively revealed to Us before his return that Meghan Markle, who is expecting the couple’s second child, could not travel “on doctor’s orders” because she was “too far along to fly and it’s recommended she rest in the final months.” 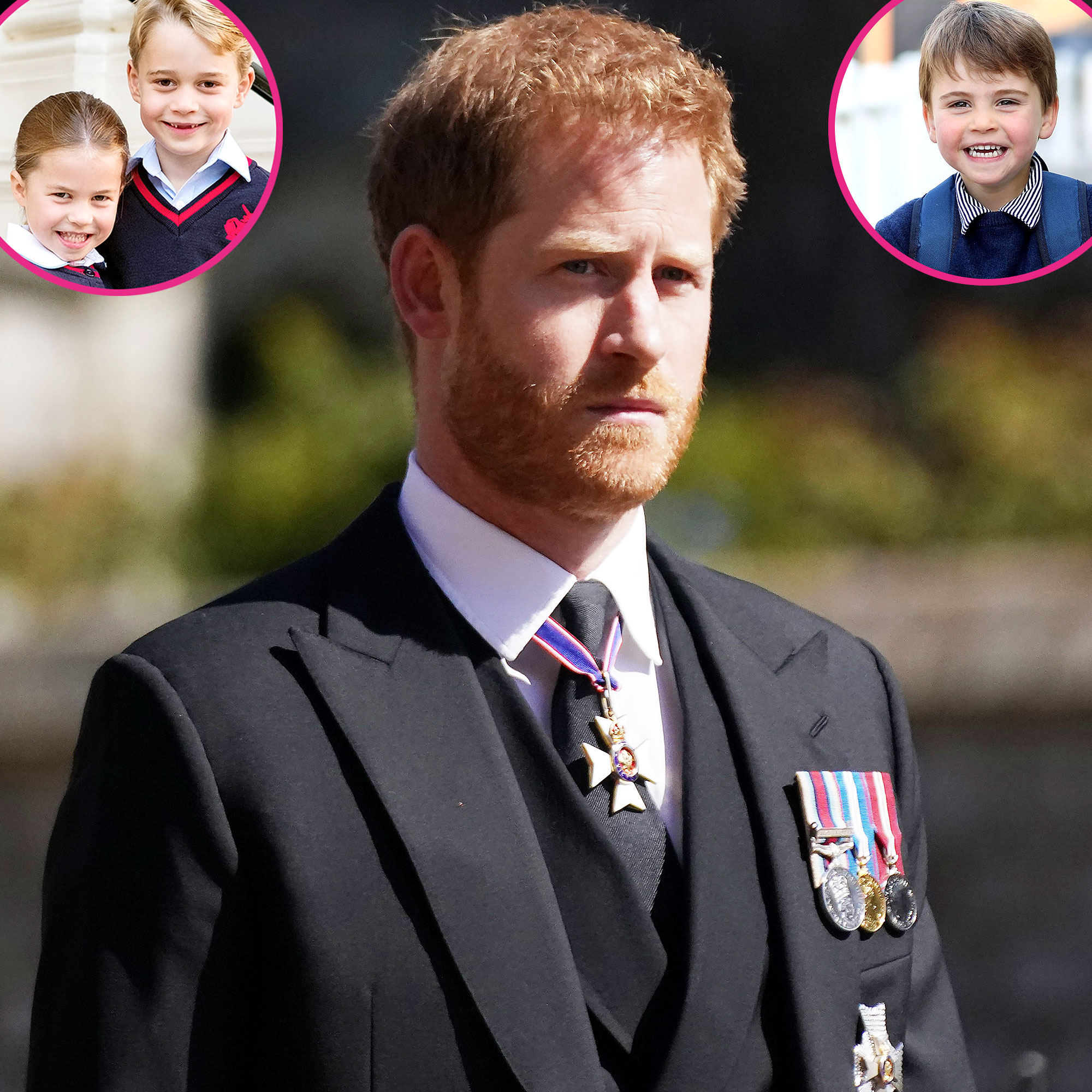 As such, Harry attended the service without the former actress, 39. He sat alone in St George’s Chapel at Windsor Castle after walking behind Philip’s casket with William, 38, Prince Charles and more members of the royal family. After the memorial, Harry, William and Kate, 39, were spotted talking as they left the chapel.

Body language expert Elaine Swann exclusively told Us earlier this week that the brothers appeared to be “at ease” with each other as they walked with Kate.

“I believe there was some sort of connection and conversation or something beforehand — that was not the first time those two brothers had a conversation with one another,” Swann said on Monday, April 19. “I cannot imagine those two brothers starting in that line and that [funeral] procession — going through what they went through as brothers and being as thick as thieves as they said before — and not speaking to one another until after the service.”

Royal expert Katie Nicoll predicted that Kate played “peacemaker” between the duo. “They were very tense as they walked into that chapel,” she told Entertainment Tonight on Monday. “As they came out of it, you could see some tension diffused.”

Although Meghan and son Archie, 23 months, could not make the trip, Us confirmed that she sent a personalized note and a wreath of flowers for the funeral. She watched the service from home too.

Harry returned to California on Tuesday, April 20. “Harry couldn’t wait to return to his heavily pregnant wife and Archie,” an insider told Us. “[He] is happy to be back in Montecito.”