Prince Harry and Meghan Markle risk a royal backlash after their interview with Oprah on Sunday, with their titles on the line, according to reports.

The couple last year signed the “Sandringham Summit” agreement – also jokingly referred to as the “Megxit” deal – which saw them start a transition away from the royal family.

While Buckingham was supportive of the deal, royal courtiers have discussed tearing up the agreement over the interview, set to air Sunday night, The Times of London reported. 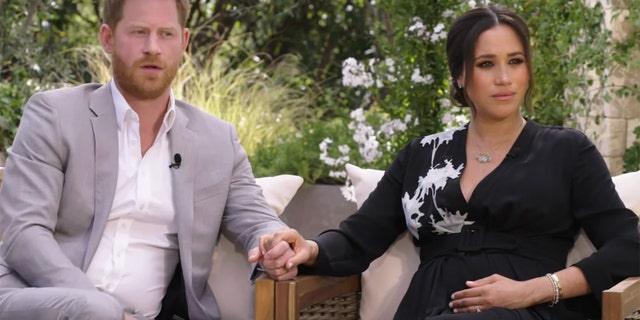 The interview airs at 8 p.m. EST

“I don’t think that after this interview, anything is off the table, to be honest,” one source in the royal household claimed.

One punishment would include stripping the Duke and Duchess of their titles, The New York Post reported. The couple was allowed to keep their titles as part of the deal.

The move highlights Queen Elizabeth II’s extreme displeasure with the “circus” around the interview.

Sources offered different details, with one claiming that such an extreme and “drastic” action is “not up for debate.”

“The response will depend very much on if they go after the institution or the people” of the royal family, one source said.

Some public figures have questioned the timing of the interview, with calls for the couple to delay or outright cancel the interview.

Conservative MP Bob Blackman told the Daily Mail that he felt the interview was “inappropriate.”

“To be doing a tell-all interview screened in the UK when he is in hospital … they are badly advised, to put it mildly,” Blackman said. “None of these royal interviews have gone well … and I can’t see this going any better.”