Prince Harry Speaks Out About COVID-19

Hollywood has not been immune to COVID-19. The pandemic has affected stars’ lives just like everyone else’s with a growing number of celebs contracting the disease and some even dying from it. From Britney Spears and Pink to Wiz Khalifa and more, high-profile names are sharing their battles with COVID-19 as a warning. However, some are still refusing to listen. Despite growing concerns over the Delta variant, which the CDC has found to be “more than 2x as contagious as previous variants,” the nation is split over the COVID-19 vaccine, and so are celebrities. While plenty have gotten their shot, from Jennifer Aniston to Kate Middleton, per People, there are also anti-vax A-listers making their voices heard. Joe Rogan, for example, was openly against being vaccinated but was all for taking parasite drug ivermectin, per The Guardian, to treat the disease when he caught it in September.

Prince Harry, for one, has been a vocal pro-vaccine advocate, along with his wife Meghan Markle. In April, they organized “Vax Live: The Concert to Reunite the World” to raise money for the vaccine-sharing program COVAX; In May, they teamed up with World Central Kitchen to build a Community Relief Centre in India amid the devastating second wave; In August, they called on global leaders to do more to help an “exceptionally fragile” situation in Afghanistan. And now, Harry has yet again shared his thoughts on the pandemic, this time during an appearance that took everyone by surprise.

What did Prince Harry have to say about the COVID-19 vaccines? 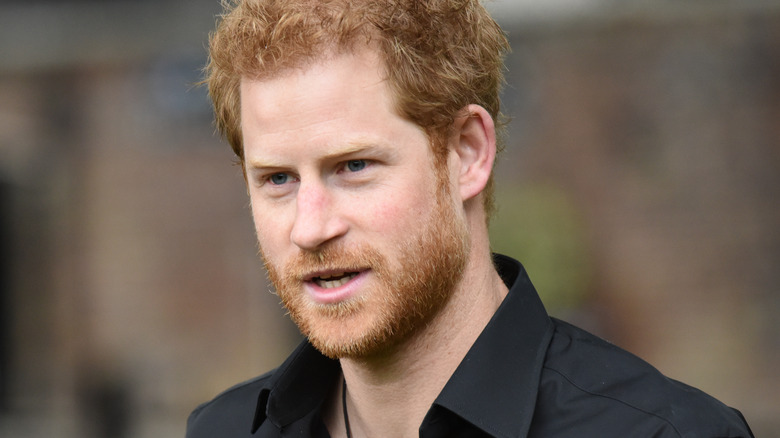 Prince Harry took the audience at the GQ Awards in London by surprise when he beamed into the ceremony on live video from his LA home. The Duke of Sussex was tasked with closing out the evening by handing out the Heroes of the Year Award, which was shared by the inventors of the Oxford/AstraZeneca vaccine, namely Professor Dame Sarah Gilbert, Professor Catherine Green, and their entire team. But before Harry bestowed the honor upon them, he took the opportunity to criticize the media, this time focusing on “mass-scale misinformation” and “those who peddle in lies and fear are creating vaccine hesitancy,” per Daily Mail. The prince blamed certain “news media and social media” for “dividing communities and eroding trust” before calling on “global governments, pharmaceutical leaders, and heads of business” to do more in the fight against COVID-19.

While singing the praises of the various COVID-19 vaccines, Harry made sure to highlight that while a third of the global population has received at least one dose, that number drops drastically when you look at developing countries, where less than 2% of the population is inoculated. “There is a huge disparity between who can and cannot access the vaccine,” he argued before underscoring the fact that “we cannot move forward together unless we address this imbalance as one.” Harry urged for “sharing vaccine science” and concluded that “where you’re born should not affect your ability to survive, when the drugs and know-how exist to keep you alive and well.”