TALK OF THE TOWN: Producers cut Brian May’s first wife out of Bohemian Rhapsody after she became unhappy at her portrayal in the new film

It has been among the most troubled film productions in history, and today I can reveal one of the final battles that threatened to stop the long-awaited biopic of rock band Queen reaching the silver screen.

I hear that Chrissie Mullen, the first wife of lead guitarist Brian May, was unhappy at how she was portrayed in the movie Bohemian Rhapsody – prompting producers to cut her out altogether.

It is understood that Chrissie approached May, 71, to ask that her storyline was changed. 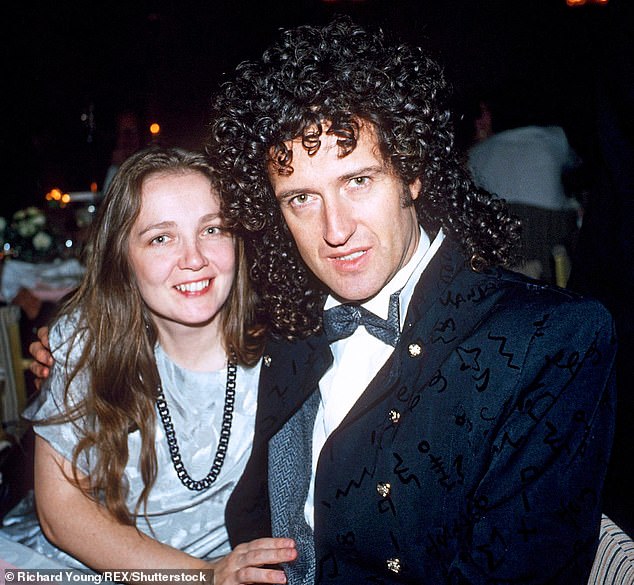 I hear that Chrissie Mullen, the first wife of lead guitarist Brian May, was unhappy at how she was portrayed in the movie Bohemian Rhapsody – prompting producers to cut her out altogether

Eventually the part was dropped from a movie that charts Queen’s rise to become one of the greatest stadium rock bands in the world during the 1970s and 1980s.

Chrissie, 68, mother to May’s three children, split with the star in 1988. He is now married to former EastEnders actress Anita Dobson, 69.

A source close to the Mays tells me: ‘Chrissie wasn’t happy with how she was portrayed while on tour in the band’s early days. Brian took the decision that the best way to keep everyone happy was just not to have her in it. But it delayed the filming again.’

The change was yet another setback for Bohemian Rhapsody, which was beset with delays and personnel changes. The film finally reaches cinemas on Wednesday.

Indeed, after eight years of hold-ups, the surviving members of Queen and the production staff will be relieved to see the finished version at long last. 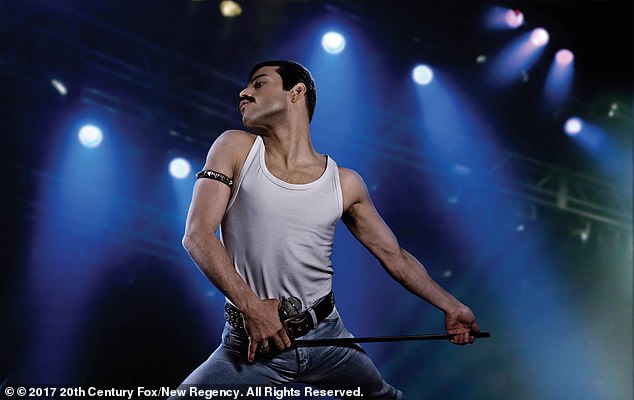 The change was yet another setback for Bohemian Rhapsody, which was beset with delays and personnel changes. The film finally reaches cinemas on Wednesday

Comedian Sacha Baron Cohen was originally signed to play flamboyant frontman Freddie Mercury – who died in 1991 aged 45 due to complications from Aids – but quit over creative differences.

Ben Whishaw, who plays Q in the James Bond movies, was signed to replace Cohen, but he too left and the role was finally filled by Mr Robot star Rami Malek.

The original director, Dexter Fletcher, quit the project to be replaced by X-Men’s Bryan Singer – only for Fletcher to be reinstated years later when Singer disappeared from the set during filming.

Other actors also attached to the project over the years included Gemma Arterton, who was mooted to play Mercury’s muse and former lover Mary Austin. The part eventually went to Lucy Boynton.

The Crown’s Peter Morgan was set to write the film’s screenplay, but was replaced by Anthony McCarten, writer of the Oscar-winning The Theory of Everything.

When a downmarket reality series arrived on their doorstep, the residents of leafy Ascot were seething. Now I hear they tried to launch a Government petition to change the name of ITV’s Absolutely Ascot, claiming they were ‘embarrassed’ by it and that the programme would destroy the town’s ‘positive reputation’.

Unfortunately for those offended, Parliament rejected their plea, claiming it is not something they are responsible for.