Fans of This Is Us were taken aback by the Season 5 twist in the premiere episode. After years of assuming Randall’s mother died of an overdose, as William said she did, it turned out Laurel survived that moment. But unlike some of the longer, slower burning mysteries of the show, series creator Dan Fogelman promised Randall would soon learn the truth about his mother. Since then, fans have theorized if and how he and Laurel will meet. It turns out, Randall’s viral video on This Is Us could be the key that opens the door to his past.

Warning: Spoilers for This Is Us Season 5, Episode 4 follow. When asked in interviews how Laurel (or her surviving relations) would discover Randall existed, Fogelman has been cagey. In an interview with Entertainment Weekly, he agreed it had to do with him being a public figure but insisted anyone who guessed would have to be psychic because it was very specific.

He wasn’t kidding. If anyone theorized Randall would go viral for stripping in the middle of his weekly bulletin video after Malik left him high and dry because there was a baby emergency phone call, congratulations. You are psychic. I, for one, did not see that coming — the stripping, that is. The viral part was semi-guessable, but I would have assumed it would be for some buttoned-down interview in which Randall talks about his childhood and mentions his father. 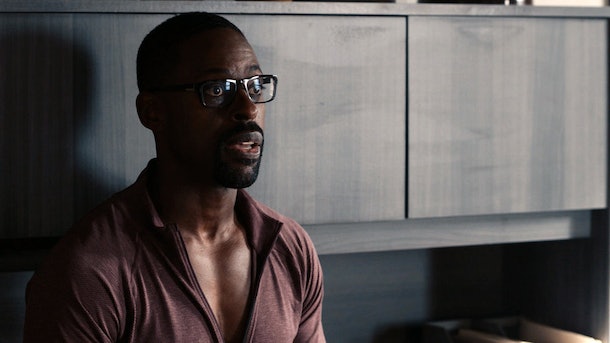 Though it’s not an interview, Randall did mention William Hill as part of the viral video. (Not when he was taking off his shirt; the stripping happened later.) But as the video racked up views and a little-known Philadelphia councilman became the day’s main character on the evening news, even the mysterious grandfather from the previous week’s episode, whose name is credited as Hai, saw it.

Notably, Hai was not watching the part in which Randall removed his shirt. He rewound to the moment Randall spoke about his father, William Hill.

There are still tons of questions fans need answers to, starting with Laurel. So far, the series has only shown Hai, who fans can see from the pictures is the man Laurel was with for an unknown period of time. But so far, the series has not confirmed if Laurel has died, left Hai, or what. Nor has the show revealed whether Laurel and Hai had a child together (who would be Randall’s half-sibling), and if they did, where are they now? Right now, fans only know of Hai and his grandchild, Linh, who looks to be a couple of years younger than Annie.

Moreover, it’s not even a given Hai will contact Randall. Fans assume he will, since how else will Randall learn about Laurel? But how that contact is made remains to be seen.

This Is Us continues Tuesdays at 9 p.m. ET on NBC.